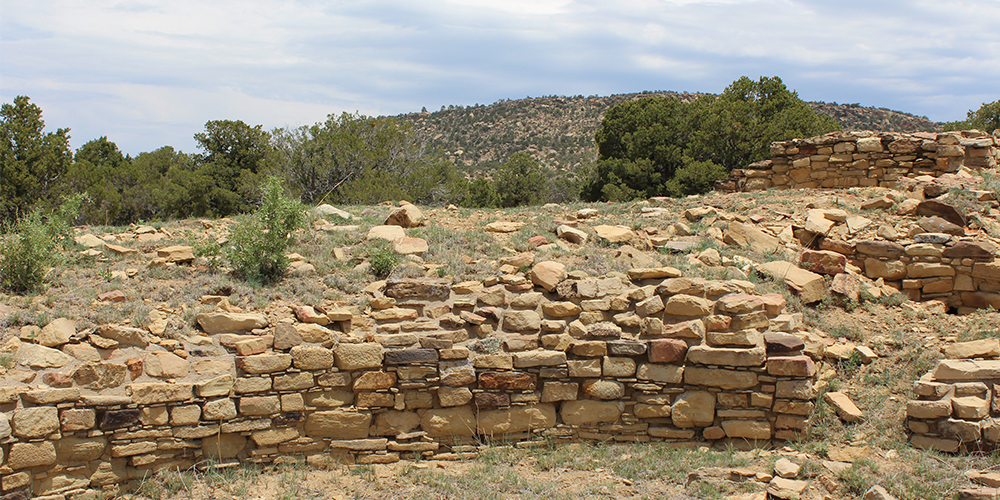 Archaeologist Matthew A. Peeples has spent more than a decade working at sites across the Southwest. In his forthcoming book Connected Communities, Peeples looks to comparative social sciences and contemporary social movements to understand how social identities formed and changed in the ancient past. Today, he shares with us the inspiration behind his new book.

“Who were the people who lived here?”

I often hear this question when I give site tours for the public or conduct fieldwork in places where locals might pay a visit. It is a question that probably sounds simple and straightforward to the person asking it.

To an archaeologist like me who has spent a lot of time thinking about how social groups form and change, this question opens the door to all kinds of complexity. If I suspect that my visitor is looking for a quick answer—or if we have a looming project deadline—I may give her the short and way-too-simple version. This usually means providing the typical archaeological cultural or regional designation (“they were Ancestral Pueblo people” or “they were Hohokam people” or “they were the ancestors of people living at Zuni today”). If I am feeling a bit more inspired—or looking for an opportunity to have a longer conversation in the shade—I may go into the particular social and demographic histories, describing archaeological evidence for migration streams or material evidence for how the nature and scale of families, communities, or larger social groups changed through time.

In my experience, the long answer to this deceptively simple question resonates quite well with members of the public and archaeologists alike, provided that I can find a clear and compelling way to describe interesting patterns and processes in the data.

In an effort to come up with better ways of explaining the complexities inherent in social group identities, how they change, and how we study that process archaeologically, I have often found it useful to rely on analogy with contemporary events and institutions. Most people living in the world of nation-states and borders have a good sense of what it means to have multiple and nested identities. When I turn the tables and ask my inquisitive visitors “who are you?” I find that they seldom stop at one or two labels and often rattle off quite a few. These might include their nationality, state/territory/city/neighborhood of residence or birth, ethnic heritage, familial ties, religion, occupation, or many other designations. Importantly, some of these designations are based on their own direct relationships, while others link them to groups much larger than they could ever hope to know personally.

In the United States, where I do my research, most people are well acquainted with the metaphor of the “American melting pot”—the romanticized notion of how the diverse populations that make up the nation came to represent a coherent whole—and they probably also have some notion of the diversity of people living in the United States through its ethnic neighborhoods and the waves of immigration that shaped such places.

Such contemporary examples make it much easier to explain how archaeologists document similar migration streams, identify socially diverse communities or enclaves, and track the ways people marked or masked differences in the past. We see archaeological evidence of the same historical processes that drive the formation, maintenance, or dissolution of social groups in the world today. Identity is a complicated tapestry for us, and there is no compelling reason to believe it was less so in the past.

Conversations with the public like these brought me to the research for my book Connected Communities. Since I first started studying archaeology, I have been interested in understanding how people form very large social groups, especially those that are so large that they include people who will probably never meet. Searching for analogues and new perspectives on such large-scale social groups, I turned to a body of literature focused on nationalism, ethnic identity, and the drivers of social change in the contemporary world. This work suggests that the formation of social groups and the process of social change are intrinsically linked, and, importantly, researchers working from this perspective have developed tools and theoretical frameworks for exploring such relationships (i.e., social network analysis). The more I read, the more the underlying processes and mechanisms at work felt familiar to me as an archaeologist studying social change at regional scales in the ancient Southwest.

At the same time, and somewhat to my dismay, I found that researchers working within this paradigm from a contemporary perspective often made assumptions about the supposed absence of certain kinds of identities and interactions in premodern societies that are, to my mind, unfounded. Still, I considered that the methods and models used to untangle the complicated web of identities in the contemporary world might have some utility for exploring social groups in the more distant past through archaeological evidence.

Might such models push us toward new and interesting revelations about identity and social change in the past? Could archaeologists contribute to the broader debate in the social sciences by expanding the scope of such frameworks to kinds of societies that have not yet been considered or by using new kinds of evidence? I hope to take the first steps toward addressing these important questions in my work.

is an assistant professor of anthropology and the research director of the Center for Archaeology and Society in the School of Human Evolution and Social Change at Arizona State University. 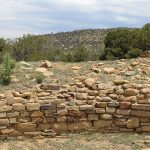