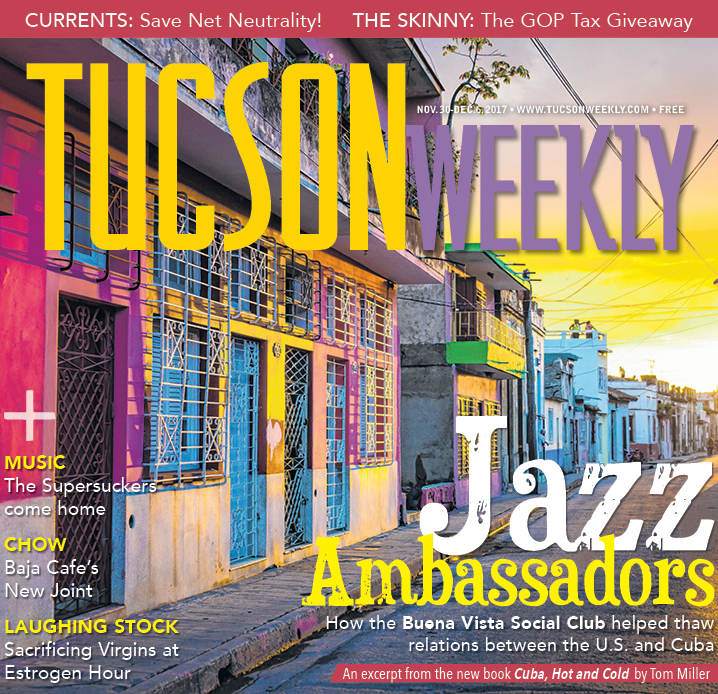 In case you missed it, an excerpt from Tom Miller’s Cuba, Hot and Cold donned the cover of the Tucson Weekly this past week. The feature story was accompanied by a Q&A between Tucson Weekly Managing Editor Jim Nintzel and Tom Miller, in which nothing was off the table. The two discussed how the CIA recruited Miller for a spy, his work in the underground press, and being subpoenaed to testify before a grand jury for some of his work:

Cuba, Hot and Coldis an intimate look at Cuba and the people who live there. What do you hope people take away from this book?

You’ve been traveling to Cuba for 30 years now—what first drew you there?

It was partly political and partly journalistic. The journalistic part was that Cuba was and still is the best story in the Americas. And also political: I was part of the anti-war movement, and we would read underground newspapers not just from around the United States, but we would read Gramma, which was the communist party newspaper in Cuba. It was a terrible newspaper. It still is; it is an awful newspaper. But it tells you what is going on there. It tells you who is in charge and what their politics are. And in the anti-war movement, there was always a spot for Cuba at the table. It was at the far end of the table, but there was a spot for Cuba at the table. And because of the taboo, because of the embargo, it became more and more tempting to go.

Read the full feature Q&A and an excerpt of the book on the Tucson Weekly. 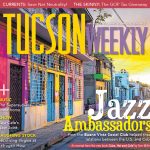