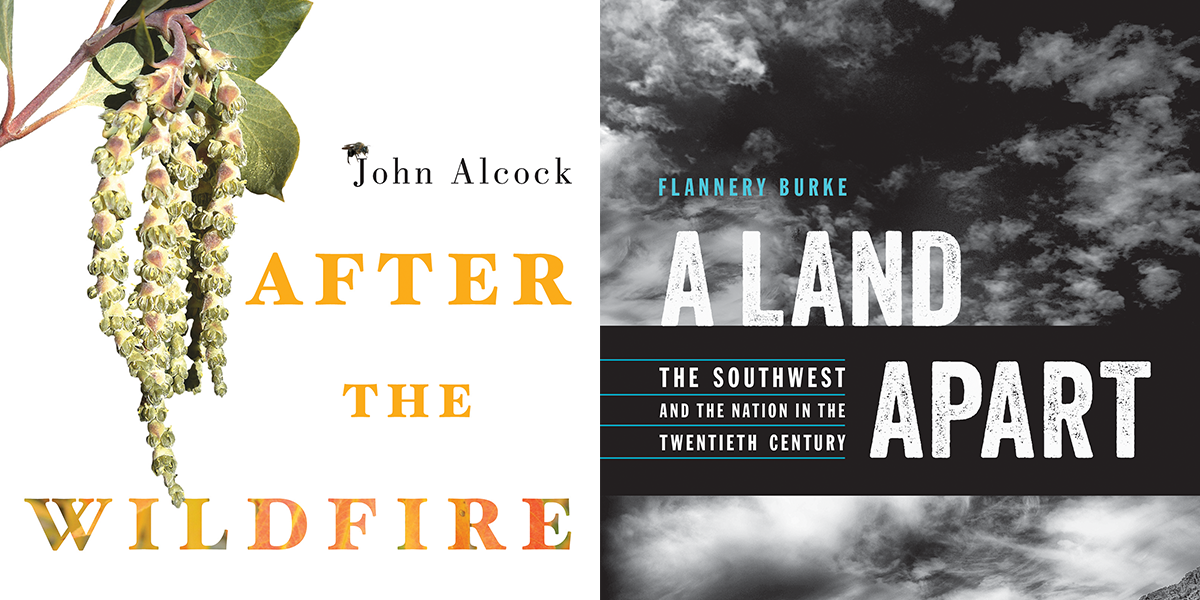 In case you missed it: we are very pleased to announce that two University of Arizona Press titles received special recognition in the Southwest Books of the Year 2017, sponsored by the Pima County Public Library (PCPL). Here’s what Bill Broyles, a research associate at the University of Arizona’s Southwest Center, says about his selections:

After the Wildfire: Ten Years of Recovery from the Willow Fire, by John Alcock

“How does a mountain restore itself following a raging forest fire? Where the Willow Fire burned thousands of acres in the Mazatzal Mountains of central Arizona in 2004, John Alcock invites us along as he monitors and records the serial return of lupine and damselflies, grasshoppers and garter snakes, oak and elk. With the practiced eye of a college professor, he stops to examine a squad of caterpillars feeding together on one branch and wonders whether they have a toxic defense against hungry birds or if they find safety in numbers. He points out that barrel cacti secrete nectar sugar for ants, so they will guard against cactus-eating insects. We see Centris bees wrestling over females. Each fascinating chapter reveals how life regains its foothold on the scorched slopes. Faced with fire and changing climate, Alcock consoles us to take a hike ‘somewhere, anywhere’ and appreciate the forest as it evolves.”

A Land Apart: The Southwest and the Nation in the Twentieth Century, by Flannery Burke

“When friends from afar come to visit our Southwest, what should we show them? Scenic places, certainly, but what about the culture? Navajo rugs or jewelry? The UFO site in New Mexico? Low-rider cars on the streets of Tucson? Dams and campuses, museums and missions? And how did all of these pieces become our Southwest, anyway? For example, tourism brought jobs to some of the hottest and driest places, but that bringing also required constructing stories, sometimes mythical, about those places. In A Land Apart, cultural historian Flannery Burke explains how the Southwest became the Southwest and why Arizona and New Mexico seem so different. She dissects the reasons that the defense industry boomed here, delves into bedeviling problems like water rights, explores the influences of Native Nation and Mexican cultures, and weaves literature and arts into a satisfying discussion of the fascinating history behind those landmarks and highlights of our culture.”

Southwest Books of the Year is the PCPL’s guide to the best books of the year with a southwestern setting or subject. The panelists are “subject specialists and voracious consumers of Southwest literature.” View the complete list of selections and enjoy the thumbnail reviews here. Congratulations to all of the honorees! 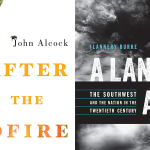