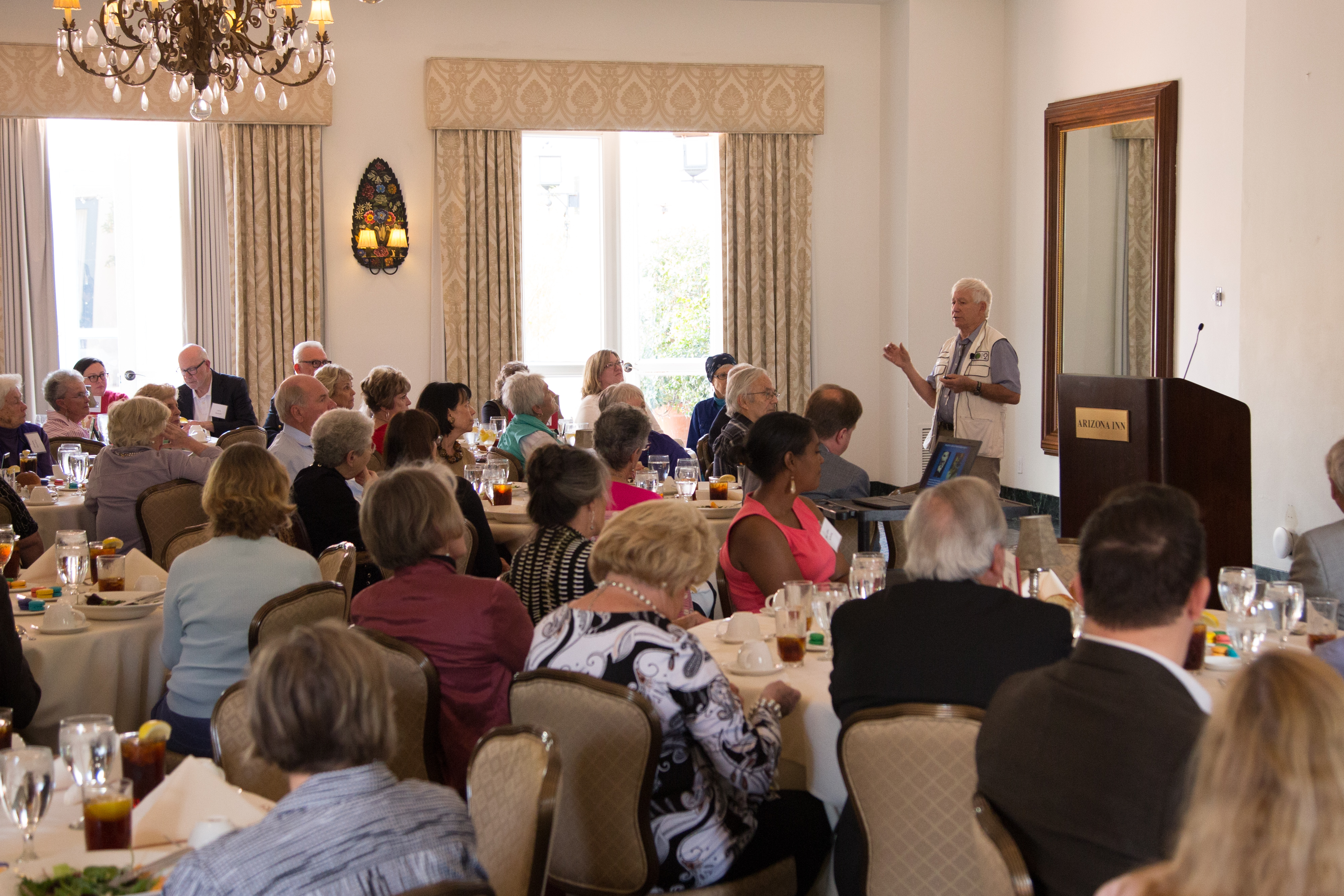 One of the eight crew members locked in Biosphere 2 during its first closure experiment, UA Press author Mark Nelson had an active visit to Tucson this past weekend. He participated in two panels at the Tucson Festival of Books as well as multiple signings across the University of Arizona campus, and was a crowd favorite following his appearance on the cover of last week’s Tucson Weekly.

One of the many highlights of his trip was presenting his new book Pushing Our Limits as part of the University of Arizona Libraries’ annual luncheon at the Arizona Inn the Monday following the festival. Nelson offered luncheon attendees a rare and compelling insider’s view of the dramatic story behind the mini-world and cleared up a few common misconceptions about the 1991–1993 closure experiment. Today we look back at some of the highlights of that talk: 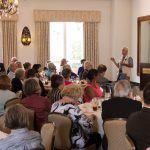