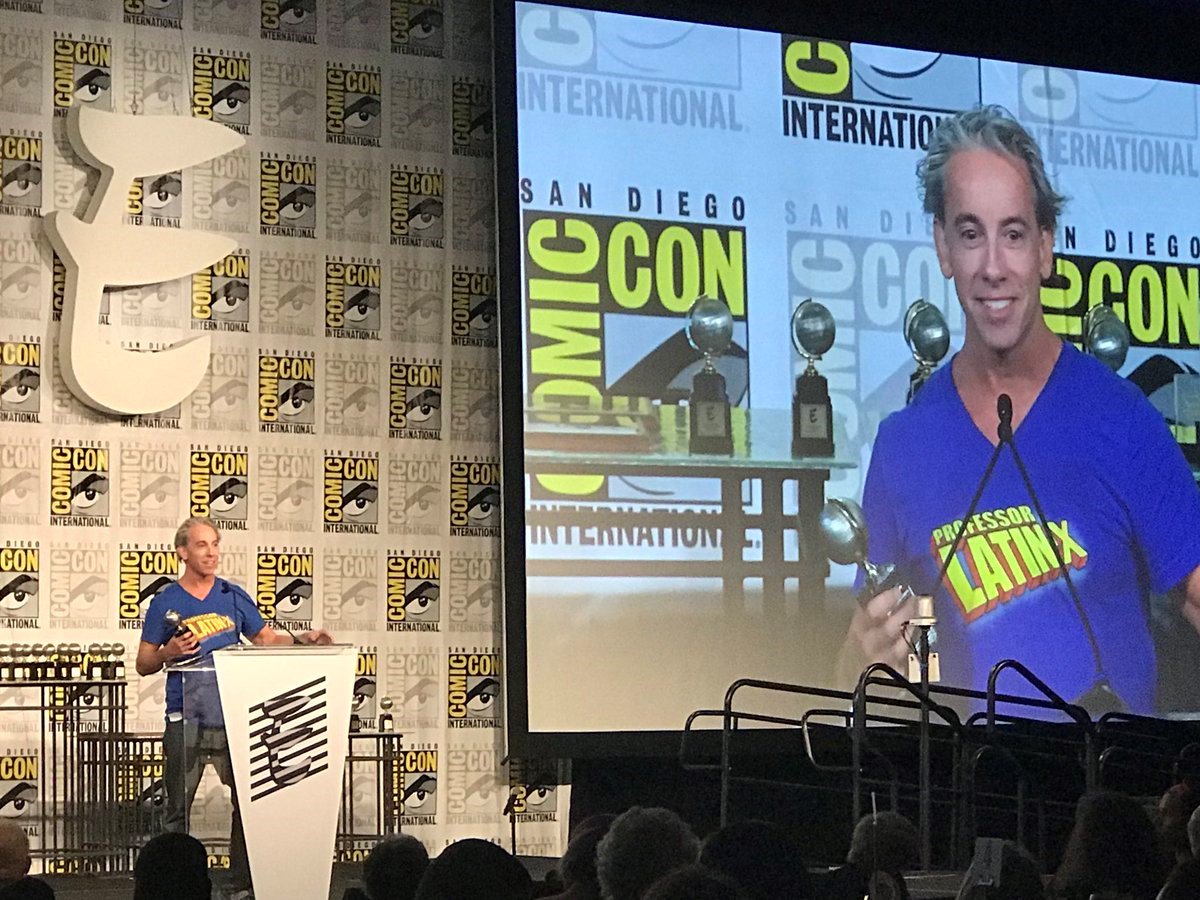 The Will Eisner Comic Industry Awards, considered the “Oscars” of the comic book industry, are handed out each year in a gala ceremony at Comic-Con International: San Diego. Named for renowned cartoonist Will Eisner (creator of “The Spirit” and pioneer of the graphic novels), the Awards are given out in more than two-dozen categories covering the best publications and creators of the previous year.

The foremost expert on Latinx comics, Frederick Luis Aldama guides us through the full archive of all the Latinx superheros in comics since the 1940s in the award winning book. As part of our Latinx Pop Culture series, Latinx Superheroes in Mainstream Comics takes us where the superheroes live—the barrios, the hospitals, the school rooms, the farm fields—and he not only shows us a view to the Latinx content, sometimes deeply embedded, but also provokes critical inquiry into the way storytelling formats distill and reconstruct real Latinos/as.

In the media blitz following the award ceremony, Aldama took the time to discuss the award and his scholarship with Comicosity‘s Chris Hernandez, who “has been a comic book fan since his first pair of Superman Underroos”:

Chris Hernandez: First of all, congratulations on your Eisner Award for Latinx Superheroes in Mainstream Comics! What was your reaction when you found out you had won?

Frederick Luis Aldama: Chris, when they read out the nominated scholars and their respective books, my ears went into silence mode, my eyes turned downward, and my brain found a cushion to ready for disappointment.  Then they announced it. Disbelief. Elation. Confusion.

I really mean this. I wasn’t prepared at all for it. I knew my competition, including 4-time Eisner nominee and brilliant colleague at OSU, Jared Gardner, so I went to the ceremony to celebrate the triumphs of others, including friend, co-creator, and co-founder of SÕLCON: Brown & Black Comics Expo, John Jennings who picked up an Eisner with his copilot, Damian Duffy for Kindred.  To attend the Eisner Awards Ceremony, I walked off the convention floor in my jeans, T-shirt–and with absolutely nothing prepared for an acceptance. Everyone else was dressed to the nines and had eloquent speeches tucked in their back pockets.

I dedicated the award to all the comics creators (in the room and beyond) who get it right, to my students who carry the comics scholarly torch forward, and to my mamá who died young of cancer from all those pesticides they drop in strawberry fields across California.

I had to catch the last plane out that night so unfortunately, I couldn’t stay for the after party—when the real fun was to be had. And, I asked if they could send me the Eisner Award trophy. I didn’t want problems with TSA at the airport. Four days later and my head’s still spinning! 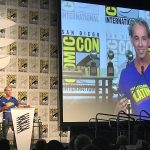