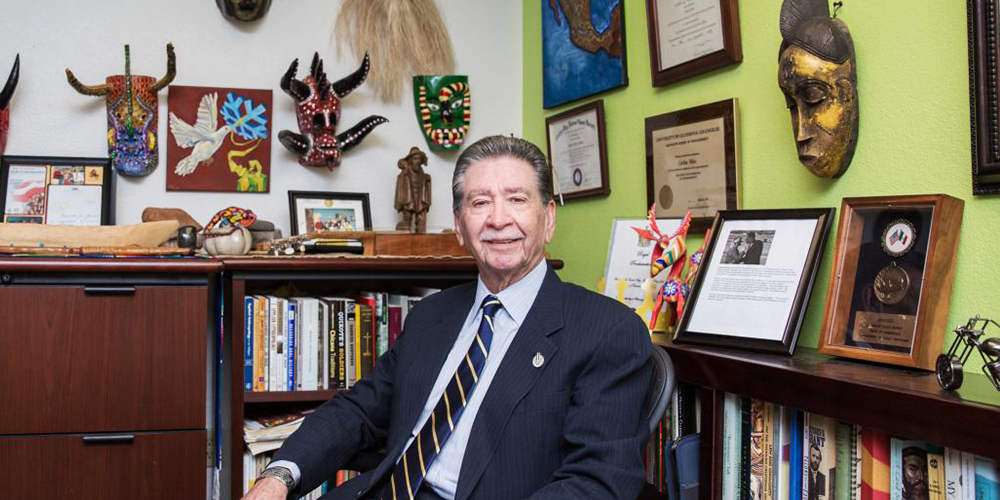 Carlos G. Vélez-Ibáñez has received an Honorable Mention for his new book, Hegemonies of Language and Their Discontents: The Southwest North American Region Since 1540, from the ALLA (Association of Latina and Latino Anthropologists) Book Prize Committee for 2018! Dr. Vélez-Ibáñez will be recognized for his accomplishment at the annual AAA meeting this November, as well as the ALLA Business Meeting.

The ALLA Book Award Committee members, Gilberto Ross, Elaine Peña, and Diane Garbow offer this reflection on the important scholarly contribution of Dr. Vélez-Ibáñez’s work: “Velez-Ibáñez’s text underlines the manner in which gender, race, and class emerge out of local and global processes. The book emphasizes that from the Spanish era to the United States invasion, to the new reach of the Mexican state in the Southwest North American Region, languages and their ideological constructs were imposed upon resident populations in complex, ‘hydra-headed’ approaches to the negotiations, accommodations, and resistances. Revolts, hybridities, and other kinds of recalcitrant inventiveness are the result, ‘spiced by spaces and places’ for experimental and discontent ‘translanguaging’. No hegemony is complete, in the best of the Gramscian tradition.” Carlos G. Vélez-Ibáñez is Regents’ Professor and the Motorola Presidential Professor of Neighborhood Revitalization in the School of Transborder Studies and a professor of human evolution and social change at Arizona State University. His numerous honors include the 2004 Robert B. Textor and Family Prize for Excellence in Anticipatory Anthropology and the 2003 Bronislaw Malinowski Medal. Vélez-Ibáñez was elected Fellow of the American Association for the Advancement of Science in 1994 and was named as a corresponding member of the Mexican Academy of Sciences (Miembro Correspondiente de la Academia Mexicana de Ciencias) in 2015. 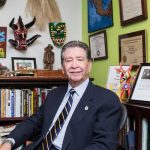