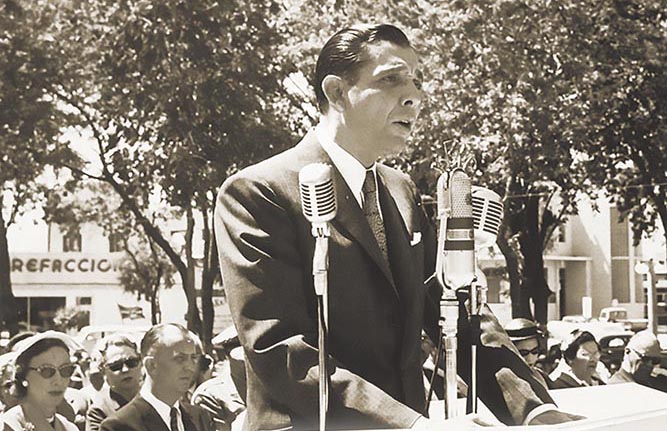 With Election Day approaching, conversations about political representation and social justice have taken on new urgency. But historian Mario T. García reminds us that it was these very topics that propelled Raymond L. Telles to office in 1957, when he was elected the first Mexican American Mayor of El Paso. In The Making of a Mexican American Mayor, García deftly illustrates how Telles’s election marked a turning point in political agency for Latinos. Today, we share an excerpt from the new second edition:

The election of Raymond L. Telles as mayor of El Paso in 1957 was a major breakthrough in the Mexican American quest for political representation and status in the United States. A personal triumph for Telles, his election also symbolized a political victory for the entire Mexican American community of this key southwestern border city. After more than one hundred years of limited and inadequate political participation in local affairs, Mexican Americans concluded in 1957 that the time had come for electing one of their own as mayor of a city numbering almost 250,000 with one half of the population being of Mexican descent. Telles became the first American of Mexican descent to be elected mayor of a major southwestern city in the 20th century. His election and subsequent administration (1957–61) stimulated additional Mexican American electoral initiatives and, more importantly, gave Mexican Americans a growing confidence in themselves as American citizens and as political actors. Hence, the Telles story is part of the larger and ongoing struggle by Mexican Americans to eliminate a legacy of second-class citizenship and to achieve social justice.

The role of Mexican Americans as second-class citizens originated with the conquest of northern Mexico by the United States during the 1840s and in the subsequent labor exploitation of Mexicans in the Southwest. The annexation of this region assumed major economic significance by its integration as a supplier of key industrial raw materials (copper, lead, and silver) as well as agricultural and cattle foodstuffs to feed the industrial armies of the East and Midwest. The railroads penetrated the Southwest and northern Mexico, opening these areas to American capital and technology. In turn, southwestern entrepreneurs induced Mexicans to cross the border and work as cheap unskilled labor beginning in the early twentieth century. Consequently, social relations in the Southwest and in communities such as El Paso took on definite economic characteristics. Mexicans, for the most part, served as manual laborers while Anglos possessed highly skilled jobs as well as managerial, business, and professional occupations. Mexican workers in this exploitative relationship produced much wealth, but received little of it in return.

The labor exploitation of Mexicans supported by racial and cultural discrimination likewise led to their political second- class status. A small number of acculturated and better-off Mexican Americans did participate in early El Paso politics, but as political ward bosses for the Democratic “Ring” that controlled local politics during the late nineteenth and early twentieth centuries. Most Mexicans possessed no real political representation. Many, of course, prior to the 1930s maintained Mexican citizenship. Still, they contributed to El Paso politics by being paid to vote by unscrupulous Anglo politicians acting through Mexican American intermediaries. Mexicans received slight patronage as city laborers out of this political arrangement, but on the whole their involvement only supported a political system that reinforced their economic oppression. Mexican immigrant workers undergoing a process of proletarianization struggled to protect themselves, but their vulnerable political status as “aliens” and their personal desires to return to Mexico did not lend themselves to long-lasting protest movements.

World War II, however, proved to be a political watershed for Mexican Americans. A new generation— the Mexican American generation—came of age that unalterably refused to accept second-class status and that was prepared to wage protracted struggles for their civil rights. Not immigrants like most of their parents, these mostly first-generation U.S.- born Mexicans achieved slightly improved working- class positions for themselves as a result of greater needs for better-trained workers in a more complex southwestern economy plus increased access to public education. In the process, some began to perceive themselves as an exploited social class. Moreover, a distinct Mexican American lower middle class composed of small businessmen and smaller numbers of professionals also evolved and began to become aware of its own class interest. Changing class characteristics accompanying American economic revival in turn produced growing political and social expectations and aspirations among many younger Mexican Americans. Socialized to American democratic principles through the schools and mass media and patriotically serving in World War II, these Mexican Americans sought to eliminate barriers to full equality with other citizens.

Repulsed by overt forms of social discrimination, Mexican Americans after the war chose to first confront segregation in public facilities such as schools, theaters, swimming pools, restaurants, housing tracts, and access to elective offices. The efforts to force respect for Mexican Americans by pursuing an integrationist strategy involved what Everett Ladd in his study of black politics in the South terms “status goals” as opposed to “welfare goals” intended to obtain material improvements without disturbing race- ethnic divisions. For Mexican Americans, as for many blacks after the war, “status goals” meant abolishing those forms of public discrimination that called attention to their race and ethnic difference.

Consumed by a desire to be treated as full-fledged American citizens, Mexican Americans engaged in the “politics of status.” “The demand for integration . . . ,” Ladd notes, “is essentially the attempt by a group which has been branded inferior in quite literally a thousand ways by white Americans to gain recognition as a truly equal partner in the American democracy.”

Reformist by nature, the “politics of status” did not directly combat the root cause of Mexican American underdevelopment in the Southwest: the need by capital to expand from maintaining most Mexicans as pools of cheap and surplus labor. The altering of this relationship would entail more fundamental struggles, encompassing both sides of the border, than most Mexican American leaders in the post-war era were both ideologically and politically prepared to undertake. They believed that the system was capable of reforming inequities. Nevertheless, the “politics of status,” including the struggle for democratic political rights, marked a forward step in the political evolution of Mexican Americans and a further step in achieving social justice. The rising expectations generated by this movement, as well as its accompanying frustrations, would result in even more challenging efforts by a succeeding generation.

In El Paso, Mexican Americans interpreted status goals predominantly in electoral political terms. Unlike other parts of Texas where Mexicans faced de facto racial discrimination in public facilities, Mexican Americans in the border city did not; they had historically possessed access—if they could afford it— to theaters, restaurants, stores, and other forms of public facilities. Even schools and housing tracts were not strictly segregated in El Paso. The Anglo power structure had early learned that it made little economic sense to exclude Mexicans from public facilities due to their importance as a source of labor and as consumers. Moreover, discrimination against Mexicans would jeopardize El Paso’s relation with Mexico, especially the border city’s role as a labor center and as a wholesale and retail outlet for northern Mexican customers. Not confronting a system of overt public discrimination, Mexican Americans, however, still lagged behind Anglos in jobs, wages, education, and political representation.

“El Paso’s discrimination,” one report on El Paso politics concluded, “is based primarily on the belief, or rationale, that Latins are ‘not qualified’ (primarily because of lack of education) for various jobs.”

In 1950, for example, the Spanish-surnamed population in El Paso composed more than half of the city’s total population. Of these, almost three- quarters of Mexican Americans were born in the United States. Despite their numbers, Mexican Americans constituted only 1.8 percent of high white- collar occupations, only 26.4 percent of low white-collar occupations, and only 11.2 percent of skilled blue- collar ones. Only seven Mexican American lawyers practiced in El Paso. Hence, by midcentury Mexican Americans still formed, despite certain gains, a predominantly working-class population excluded from access to political and economic power. Two El Pasos continued to coexist as they had since the nineteenth century: one more affluent and mostly Anglo in the northern section of the city and the other relatively poor and mostly Mexican “south of the tracks.”

Under such circumstances, Mexican Americans in El Paso—experiencing both poverty and degrees of progress—viewed the attainment of effective political representation as the first step in equalizing their status with Anglos. Not having to struggle, as in other parts of Texas, for the right to integrate public facilities— already achieved in El Paso— Americans of Mexican descent in the border city instead saw their lack of access to electoral offices as the most significant affront to their status as American citizens.

No one from this ethnic group had ever been elected mayor nor served on the city council between 1900 and 1950. Moreover, the existence of a poll tax in Texas added to the political disenfranchisement of many Mexican Americans. After the war, leaders from this community vowed to change this. “The Spanish-speaking group is ripe for organized action and has an endless list of social grievances, many of which date back fifty years,” writer-historian Carey McWilliams wrote of El Paso in 1948 in The Nation. “It has only begun to achieve real political maturity, but leaders are emerging and the day of political reckoning cannot be long deferred.”

This was especially true for the aspiring lower middle class that considered politics not only as an avenue of personal mobility, but more importantly of collective respectability. These Mexican Americans believed that the most symbolic way of acquiring status as full-fledged American citizens was through electoral success, including winning the mayor’s office. At the same time, it should be noted, political representation for many Mexican Americans including Telles was only the first step. Telles personally understood poverty and the class/race divide in El Paso and in other parts of the Southwest.

“Poverty pained him,” his daughter Cynthia Telles stresses. He was committed to achieving social justice at all levels, but believed that it would need to start first by achieving political power in order to be able to try to deal with the larger issues of economic inequality. It is in this context that the political ascendance of Raymond Telles can be appreciated. Mario T. García is Distinguished Professor of Chicano Studies and History at the University of California, Santa Barbara. He has published more than twenty books on Chicano history and won many awards, including a Guggenheim Fellowship and the 2016 Stetson Kennedy Vox Populi Award from the Oral History Association. 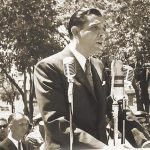