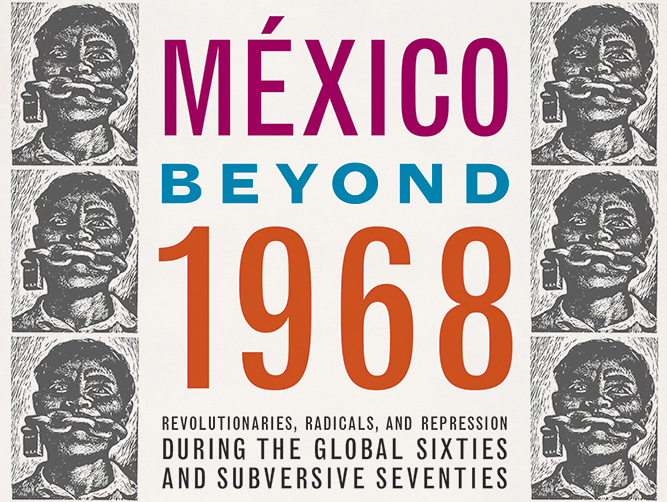 Fifty years ago this week, as Mexico came to represent the first Latin American country to host the Olympics in 1968, a massive student movement revealed the country’s political instability and state of control and repression. On October 2, 1968, government soldiers opened fire on a peaceful demonstration, killing more than a hundred in the plaza of Tlatelolco. Today Jaime M. Pensado and Enrique C. Ochoa talk about the impetus for their book México Beyond 1968: Revolutionaries, Radicals, and Repression During the Global Sixties and Subversive Seventies and their collaborative work to root the telling of México’s history within a broader Mexican public:

México Beyond 1968: Revolutionaries, Radicals, and Repression During the Global Sixties and Subversive Seventies emerges from our long collaboration together. Since the late 1990s when Jaime was an undergraduate and graduate student at California State University, Los Angeles, we developed a close working relationship that was built on a mutual passion for learning, social justice, and the history of greater Mexico. Enrique was born and raised in Los Angeles, the largest metropolitan area of Mexicanas/os outside of Mexico City, and Jaime migrated to the same city in the mid-1980s. We connected in our belief in the importance of studying and teaching Mexican history in a society (the United States) with a significant Mexican and Latinx population that has been publicly denied a full understanding of the deep history of Mexico in the United States. The process of colonialism and coloniality as it plays out in the U.S. academy erases knowledge systems and the deep histories and ways of knowing that communities have. We see it as our goal to unlock the hidden histories of power to understand how power works, the structures of inequality, and the long history of resistance. For us, this must be done through a broad collaboration that challenges the conservative, elitist, and assimilationist structures of the academy. One important step in this process has been to work to foster the expansion of Mexican/Latinx scholars in the writing of history.

The study of Mexican history in the United States, like the field of Latin American studies, has its roots in U.S. hetero-patriarchal colonial and capitalist domination. Therefore, it has been dominated by white scholars with little contact with Mexican or Latinx communities in the United States, and this has been reinforced by the nation-state focus of the study of history. When Enrique was a graduate student in the late 1980s and early 1990s in the United States, there was only one Mexican American historian of modern Mexico, Ramón Eduardo Ruíz (UC San Diego), teaching at a Research 1 university. While affirmative action and diversity programs have made some inroads since then, as this volume attests, such programs are still woefully inadequate. Instead, given the crisis in higher education funding, we argue that, using the logic of meritocracy and reduced funding, programs in the United States have been complicit in further restricting working-class students of color.

It is in this spirit that in October 2016 we brought together at the University of Notre Dame an intimate group of critical scholars who have been researching Mexican authoritarianism and state violence, as well as social and guerrilla movements, and who seek to intervene in political debate by engaging a broader public and by working with communities with long histories of resistance. Nearly all of the contributors have deep roots in broader Mexico, including communities in the United States. By centering the scholarship of Mexican, Chicanx, and Latinx scholars, we underscore that how we do history is just as important as what we do. We know that those who write history shape the narrative and that narrative has power. We have gathered together a passionate group of scholars for whom the production of knowledge is representative of power, and herein lies the second reason why we have employed the term “México” in the title. The authors bring to the center the work of Mexican scholars who have published in Spanish. All too often, the history of Mexico published in the United States and Europe marginalizes Mexican scholars or buries their arguments in the footnotes. Mexico, student movements, revolutionary organizing, and state repression are not just academic areas of interest for several of the authors here. For them, these topics and events are personal, and they have shaped their lives.

Jaime M. Pensado is an associate professor of history and director of the Mexico Working Group (MWG) at the University of Notre Dame. 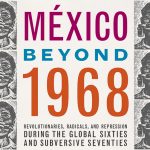