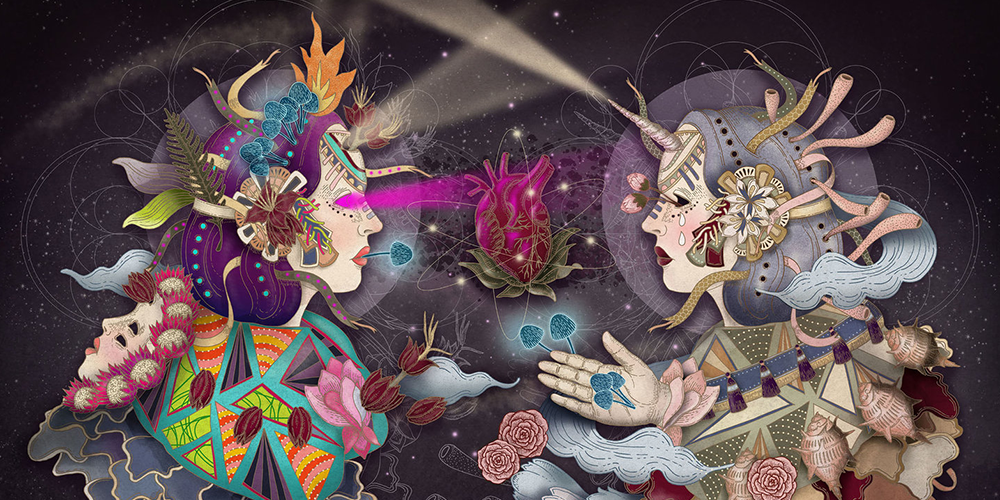 Rosa’s Einstein is a Latinx retelling of the Brother’s Grimm’s Snow-White and Rose-Red, reevaluating border, identity, and immigration narratives through the unlikely amalgamation of physics and fairy tale. Jennifer Givhan offered insightful and beautiful responses to a few questions that come to mind when reading her new collection.

What drew you towards including Albert Einstein and his mysterious lost daughter Lieserl as significant figures in this collection?

I’d become obsessed with time travel while breastfeeding my daughter and struggling with postpartum depression in a new landscape— we’d moved from the Southern California desert on the Mexicali border to Albuquerque, New Mexico. I’d set to work on a new novel, Trinity Sight (forthcoming this October, 2019, from Blackstone Publishing), about a Latina anthropologist who falls into an indigenous myth, and I sought ways to coalesce science and faith. I also sought succor for my deep depression and the fear and anxiety it wrought. All of this concurring, I read A Brief History of Time after seeing Stephen Hawking on a David Blaine street magic showcase on television, I watched every episode of Through the Wormhole fanatically, as though it were gospel, as though it could save me (from myself), and I came upon Einstein’s first wife Mileva Maric in a poetry collection by Van Jordan called Quantum Lyrics (it’s gorgeous— you should read it). Absolutely fascinated, I took to the internet and began studying their lives, how Maric helped Einstein out with many of his earliest equations and papers, and how she is not credited anywhere, and discovered that while in school together, she bore his child out of wedlock, and that child virtually disappeared from history as well. She haunted me. The amalgam of mother/daughter relationships, women/girls lost to history— and their haunting power, their intelligence, their creativity, their possibility with them— sent me half-scurrying, half-falling down the poetry hole as Rosa led the way. And I realized, of course, Lieserl (Einstein’s lost daughter) and Nieve (the counterpart sister to Rosa) truly orchestrated the show. Deeper and deeper into the desert circus I went. Along the way, healing, healing.

What inspired you to weave the concepts of physics and fantasy together in Rosa’s Einstein?

They ever-connect for me. The possible and the impossible connected by a thread we’re unraveling, together, as we breathe and write and love our way through our lives. I’ve become enamored of the mathematics that bind us together, and though I am not a mathematician and cannot follow the equations, I’ve had the joy of my life working through the impossible/possible conundrum through language, through poetry, through story. They are one and the same. There is no conundrum. We are all expressions of the selfsame whole. And there is such peace in that, for me.

How did you decide to blend a distinctly Latina experience with a figure of German and Serbian descent?

One of the poems in the collection, “Reinas de STEM,” speaks of the seeming lack of representatives and role models in the sciences for Latinas. Growing up, I never learned about women of color. Especially not in relationship to the sciences. My own father is a scientist, and taught high school Chemistry and Physics all through my childhood. He is of German descent, and now has white hair, a white beard. In many ways, I sought to recreate my own childhood in this collection, with a definitive twist. Latina girls are front and center. We lead the way. Einstein follows us. The next creations, the next discoveries, await us— they are ours for the claiming.

What parallels can be drawn between Rosa and Lieserl that cross the boundaries of culture?

This collection is a lovesong for all precocious girls wandering the deserts, creating ruckuses and circuses and finding love where before there was only pain— for all the lost daughters of time, reclaiming ourselves, singing ourselves, triumphant. This is our hero’s journey.

Did your interest in quantum physics and other scientific concepts precede your decision to craft Rosa’s Einstein, or did it manifest from the work you put into this collection?

It’s quantum entanglement. Though Einstein called it spooky action at a distance and claimed he didn’t believe. My heart believes. Nothing is random. We are all connected. The science saved me as the poetry saves me— and I pray something in Rosa, Nieve, and Lieserl’s journey saves at least one reader. Then we are entangled forever in this ever expanding Universe where I’m determined the final rule is this: love.

Below, find a poem selected from Rosa’s Einstein.

Jennifer Givhan is an NEA Fellowship recipient and author of three previous collections of poetry, including Girl with Death Mask. She teaches English at Western New Mexico University. 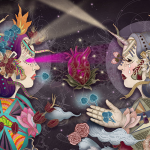