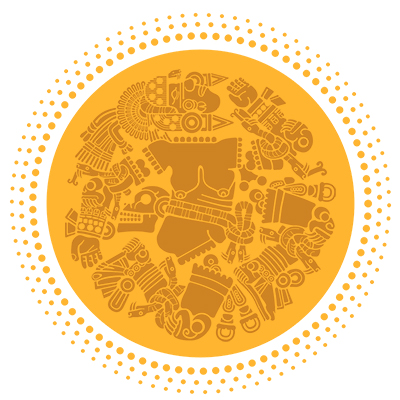 The Chicana M(other)work Anthology is a call to action for justice within and outside academia. Edited by Cecilia Caballero, Yvette Martínez-Vu, Judith Pérez-Torres, Michelle Téllez, and Christine Vega, with a foreword by Ana Castillo, this volume brings together emerging scholarship and testimonios by and about self-identified Chicana and Women of Color mother-scholars, activists, and allies who, using an intersectional lens, center mothering as transformative labor. Today, we offer a brief excerpt from this innovative new book.

Chicana M(other)work is a concept and project informed by our shared gendered, classed, and racialized experiences as first-generation Chicana scholars from working-class, (im)migrant Mexican families. Through Chicana M(other)work, we provide a framework for collective resistance that makes our various forms of feminized labor visible and promotes collective action, holistic healing, and social justice for Mother-Scholars and Activists of Color, our children, and our communities. Furthermore, rather than understanding Chicana identity as a singular monolith, we view it as ever evolving. Here we use the term “Chicana” conceptually to integrate our varying identitarian positionalities as cisgender mother-scholars who identify as Chicana, Xicana-Indigena, Chicana/x Latina, and Afro-Xicana.

“Chicana M(other)work is not a project of assimilating or diversifying academia; on the contrary, we aim to transform it.”

We are daughters of working-class Mexican migrant parents, and we are Chicana Mother-Scholars to Children of Color born in the United States. We use a Chicana feminist framework (Anzaldua 1987; Delgado Bernal 1998; Garcia 1997; Sandoval 2010; Tellez 2005; Villenas et al. 2006) as our theoretical grounding to explore and challenge white heteropatriarchy as it continuously marginalizes Women of Color in the academic pipeline (Harris and Gonzalez 2013; Solorzano and Yosso 2006). While we self-identify as Chicana Mother-Scholars, however, we do not view our work as restricted to academic or domestic spaces; rather, the concept Mother-Scholar transgresses these spaces. Our work exists in the classrooms, community, with each other, and with our children. We view our care work and mothering, specifically “motherwork” (Collins 1994), as an interwoven political act that responds to multiple forms of oppression experienced by Mothers of Color in the United States.

We borrow the term “motherwork” from Patricia Hill Collins and modify it by embracing the term “other” through the use of parentheses. Chicana M(other)work calls attention to our layered care work from five words into one—Chicana, Mother, Other, Work, Motherwork. We see Chicana M(other)work as being inclusive to Women of Color (trans and cis), nonbinary Parents of Color, other-mothers, and allies because mothering is not confined to biology or normative family structures. We strive to build community within and outside academic institutions, and one way we do this is by mothering others and ourselves (Gumbs 2010; Gumbs, Martens, and Williams 2016). Building on Chicana feminists’ critiques of institutional heteropatriarchal violence in the academy (Castaneda et al. 2014), Chicana M(other)work challenges increasingly corporatized neoliberal institutions by holding spaces accountable through activism when they are not supporting Mothers of Color and working-class families. In these ways, we make it clear that Chicana M(other)work is not a project of assimilating or diversifying academia; on the contrary, we aim to transform it, for instance, by choosing not to hide our children, instead including them within our work for social justice. Furthermore, despite the possibility of our individual upward mobility with our doctoral degrees, we will always remain committed to our poor and working-class origins. As such, Chicana M(other)work is a call to action for justice within and outside academia.

For Patricia Hill Collins (1994, 2000), her theorization of motherwork centers race, class, gender, and other intersectional identities to challenge Western ideologies of mothers’ roles. Collins’s theoretical framework disrupts gender roles and defies the social structures and constructions of work and family as separate spheres for Black women; it acknowledges women’s reproductive labor as work on behalf of the family as a whole rather than to benefit men. Motherwork also goes beyond the survival of the family by recognizing the survival of one’s biological kin, as well as attending to the individual survival, empowerment, and identity of one’s racial and ethnic community to protect the earth for children who are yet to be born. These concepts were instrumental for our own theorization of Chicana M(other)work. As Chicana Mother-Scholars, our concept of Chicana M(other)work is informed by the labor we perform in the neoliberal university model, which exploits our work as doctoral students, contingent faculty, and tenure-line faculty. Although women who are adjunct faculty now compose the new faculty majority in the United States, the difficulties of advancing in PhD programs and then into tenure-track and tenured careers are often framed as individual failings rather than fully recognized as institutional barriers that push Mothers of Color outside academia. In turn, the university is seldom held accountable for the institutional violence and exploitation faced by first-generation, low-income, and working-class Mother-Scholars of Color.

The editors of this volume are part of the grassroots collective, Chicana M(other)work, which offers a blog, podcasts, and original essays in an accessible venue.

About the Editors
Cecilia Caballero is a PhD candidate in the Department of American Studies and Ethnicity at the University of Southern California.

Judith Pérez-Torres is an adjunct faculty member at California State University, Fullerton, in the College of Education. She is an interdisciplinary scholar with a PhD in educational leadership and policy from University of Utah.

Michelle Téllez is an assistant professor of Mexican American studies at the University of Arizona. She is an interdisciplinary scholar with a PhD in community studies in education from Claremont Graduate University.

Christine Vega is a PhD candidate in the Social Sciences and Comparative Education Division at the University of California, Los Angles. 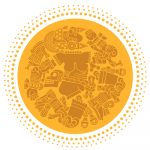