Conrad began her publishing career as an editorial assistant for both Algonquin Books of Chapel Hill and Houghton-Mifflin’s Best American Short Stories, an editor for River Styx—a literary magazine based in St. Louis—and a typesetter. She joined the marketing department of the University of Missouri Press in 1989, where she worked as advertising manager, promotion manager, and finally assistant marketing manager. She moved to Tucson in 1995 as the marketing and sales manager of the University of Arizona Press and served as its interim director, while continuing in her marketing and sales duties, for four years before her appointment as director in 2012.

The leader of a university press that reports to its university’s library—as do 20 percent of the Association’s member presses—Conrad speaks and writes frequently on the synergies that academic libraries and scholarly presses share. In addition, she earned a master’s degree in information and library sciences (MALIS) from the University of Arizona last year.

Conrad has advanced the work of the AUPresses community in many volunteer capacities. She served on the Association’s Board of Directors from 2002-2005 and also for three, multi-year terms on the Marketing Committee, including a stint as its chair. She has been a member and chair of the Library Relations Committee and has served on the Nominating and Program Committees and the University Press Week Task Force.

As a longtime leader within the Association, President Conrad offered her special thanks at the Detroit conference to all volunteers who will lead and serve AUPresses committees this year, including a new Equity, Justice, and Inclusion Committee.

Other AUPresses leadership changes for 2019-2020 include:

The Association of University Presses is an organization of 150+ international nonprofit scholarly publishers. Since 1937, the Association of University Presses has advanced the essential role of a global community of publishers whose mission is to ensure academic excellence and cultivate knowledge. The Association holds integrity, diversity, stewardship, and intellectual freedom as core values. AUPresses members are active across many scholarly disciplines, including the humanities, arts, and sciences, publish significant regional and literary work, and are innovators in the world of digital publishing. 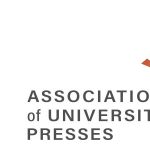