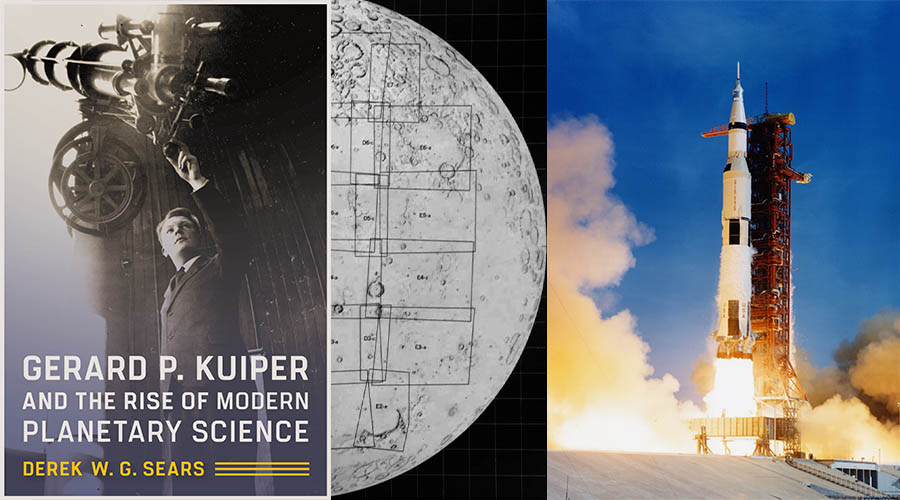 In Gerard P. Kuiper and the Rise of Modern Planetary Science, Derek W. G. Sears crafts an in-depth history of some of the twentieth century’s most interesting scientists, from Harold Urey to Carl Sagan, who worked with the father of modern planetary science. Now, as NASA and other space agencies explore the solar system, they take with them many of the ideas and concepts first described by Gerard P. Kuiper. In celebration of the fiftieth anniversary of the Apollo 11 moon landing, keep reading for a glimpse into Kuiper and the University of Arizona’s involvement in this exciting period of American history.

“It was the most extraordinary time, one that is hard to imagine many decades later. In 1961, when President John Kennedy made the commitment to land a man on the Moon by 1970, rockets were exploding on the launch pad… Eight years later, highly sophisticated, complex, large, manned spacecraft would touch down on the surface of the Moon within feet of their intended landing site. It took a lot of small steps, a lot of dedication, and a lot of stress to make it happen. Astronauts died in the effort. To Gerard Kuiper and his small group of lunar specialists in Tucson, the task was to produce maps and interpretations of the lunar surface and help with decisions concerning landing sites.”

“America’s decision to land a man on the Moon affected Kuiper in two ways. It led to the construction of a new building in Tucson, eventually to become the Kuiper Space Sciences Building… It also led to a series of robotic missions to the Moon. The science team led by Kuiper, who were amid publishing three atlases of the Moon, would be obvious candidates to participate in these programs.

Kuiper became involved in the Ranger and Surveyor programs in 1961 when he was asked to serve on committees advising the Jet Propulsion Laboratory (JPL) in Pasadena, California, who were managing these programs… In 1961, Rangers 1 and 2 failed on launch. Rangers 3 and 5 missed the Moon. Ranger 4 hit the Moon but failed to return any data. In 1963 the project was reorganized, and Kuiper was asked to be the chief experimenter with a science team of Urey, Shoemaker, Whitaker, and Ray Heacock, a JPL engineer.”

“Four redesigned spacecraft were prepared, each with six TV cameras. At Kuiper’s suggestion, the TV system was tested in mock lunar landscapes at Goldstone Station in the Mojave Desert. Camera operations were carried out by Ralph Baker, who later joined the Optical Sciences Center in Tucson. The science team, especially Whitaker, played an important role in determining the impact sites for Ranger and the approach angles. Ranger 6 was another failure, but Ranger 7 was a spectacular success. It crashed just south of the Copernicus crater in a region now known, at Kuiper’s suggestion, as Mare Cognitum.”

“Kuiper arranged for LPL [Lunar and Planetary Laboratory] to make loose-leaf albums from the Ranger 7 prints, which required a local company, Ray Manley Commercial Photography, to make fifty thousand prints. In the rapid-fire days leading up to the Apollo landings, things moved fast. Ranger 8 hit Mare Tranquilitatis in February 1965, and Ranger 9 crashed near the Alphonsus crater a month later. Both were completely successful.”

“Never had the LPL attracted such attention. With this success came attempts by the NASA centers and JPL to recruit LPL scientists. Whitaker was approached JPL, Kuiper was invited to take a position at NASA headquarters in Washington, D.C., and both Gehrels and Kuiper were invited to move to the Manned Spacecraft Center in Houston. Kuiper took great pleasure in recounting the details to President Harvill.”

Derek W.G. Sears was a professor at the University of Arkansas for thirty years and is now a senior research scientist at NASA. He has published widely on meteorites, lunar samples, asteroids, and the history of planetary science. 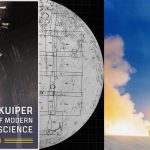