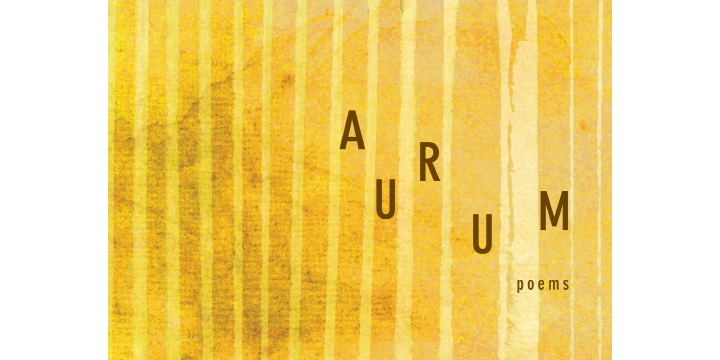 Unflinching and magnetic, the language and structure of Aurum never strays from its dedication to revealing the prominent reality of Native people being marginalized and discarded in the wake of industrial progress. With images that taunt, disturb, and fascinate, Aurum captures the vibrantly original language in Santee Frazier’s first collection, Dark Thirty, while taking on a completely new voice and rhythm. Frazier has crafted a wrought-iron collection of poetry that never shies away from a truth that America often attempts to ignore.

What inspired you to write this work?

It’s hard to point to anything specific in regards to inspiration. My poems tend to be receptacles for research, lived experiences, and techniques acquired from other poets (mostly dead poets). In this way, poems manifest through ritual and mindfulness. For instance, the final poem of Aurum, “Half-Life”, was written on train rides from the Northeast to the Southwest. On stops along the rails I would write two to three lines. Over a period of 2-3 years the poem took shape, and you can see this process unfold in the form. This is representative of all my poems, but the ritual varies from project to project. I am continuously working in three voices, perhaps more, but there are three in Aurum. I am of the mind that a poet should have many voices, and through those voices different modes of verse making and revision.

Detailed descriptions of food appear frequently in these poems. What is the significance of food in your writing?

I had this idea of using images of food to introduce cultural leanings without exorcizing the figures that populate the poems. In Aurum, the food images or references to culinary knowledge are isolated to a specific milieu. For instance, in “Sun Perch” the image of the Vietnamese dish served to the speaker is elaborate, which contrasts with their experiences with food. This image also introduces the recursive image system that dominates the poem and the larger collection. Going back to contrasts, the references to food in “Half-Life” are basic. The world the speaker experiences is devoid of the vividness represented in “Sun Perch”, “Sanguinaria”, and “Chaac”. The images of corn, beans, and potatoes hold significance to many peoples and cultures indigenous to Turtle Island. (Note, I use the moniker “Turtle Island”, due to the fact that phrases and terms used to describe North America and the indigenous peoples are inaccurate, and were conceived within oppressive political constructs.) In some cultures, corn, beans, and potatoes will be the only food that grows in a prophesied dystopian future. Furthermore, corn, beans, and potatoes represent horticultural knowledge lost to many of us living hand to mouth.

Mangled is a character who appears in Aurum and who also appeared in your collection titled Dark Thirty. Could you tell us about what Mangled represents for you?

The Mangled Creekbed poems work in a serialized form. The character is a container for research in music, pop culture, violence, and oppression in America. Mangled is what I write when I’m not obsessing over another poem or set of poems. I get these long periods of silence where I am reading and taking in lots of information, but not making art. When this happens I revisit Mangled and see if he will give me any new poems. In Dark Thirty my research in the Impalement Arts dominated the poems, in Aurum, my research into the accordion factored into many of the poems. The serialized form allows for verse driven and prosaic poetic modes. Some of these poems can occur in a moment, some longer narratives delve into back story. Mangled’s world also serves as historical context to poems set in a contemporary milieu.

Speaking of Mangled, the title “Mangled & the Accordion” is ascribed to five of the poems in Aurum. What is the significance of repeating this title?

The title is both representative of his anatomy and the structure of the collection. At times the poems have a dense structure, sometimes fragmented while utilizing white space. Similar to the constraints of the accordion. There are certainly allegorical and biblical references. As many Indigenous people create identities rooted in western religious morals and ethics, Mangled suffers on multiple levels. However, he is unaware of the threads of oppression that lord over his life. This mainly harkens back to some of his origin story in Dark Thirty, but in Aurum Mangled attempts to reconcile his history of violence through performance akin to vaudeville.

I am working on these small vignettes which I am calling nonfiction, but at times they feel like poems. I have always been so interested in Eduardo Galeano’s nonfictions and histories, specifically, Memory of Fire. I am also a fan of Italo Calvino’s Invisible Cities, and by proxy The Grand Hotels (of Joseph Cornell) by Robert Coover. So, I am writing these small pieces of text that take on different prosaic forms. There are no line breaks, but there is attention to sound. I’m hoping to shape some kind of book out of these vignettes, but I write slower and slower these days.

Below, read a poem from Frazier’s Aurum.

From Aurum, by Santee Frazier. © 2019 The Arizona Board of Regents. 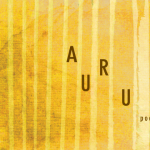