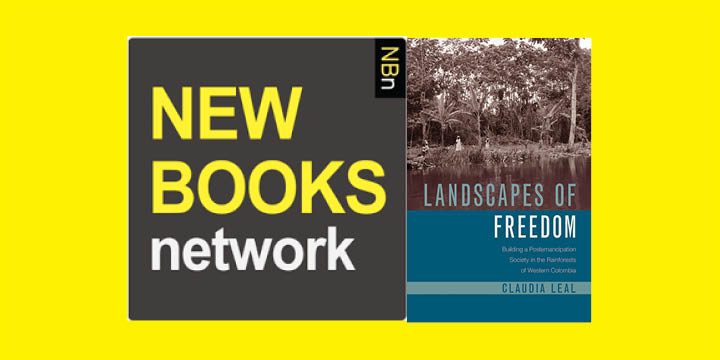 University of Arizona author, Claudia Leal, was featured on a recent episode of New Books Network podcast to discuss her new book, Landscapes of Freedom.

“Claudia Leal’s Landscapes of Freedom: Building a Postemancipation Society in the Rainforests of Western Colombia (University of Arizona Press, 2018), narrates the unknown history of the transition from slavery to freedom in the Pacific lowlands of Colombia. Not only does Leal centers a region long neglected in histories of Colombia—and more generally in histories of slavery and manumission in Latin America—but she also asks us to use this case to understand the centrality of the environment in any historical account. According to Leal, the particularities of the environment of the Pacific lowlands in Colombia explains the formation of a black peasantry that was able to attain high levels of freedom and autonomy. Here we hear about the importance of rainforests, of minerals, of vegetable ivory, and we learn that through extractive practices black Colombians were able to carve and maintain degrees of freedom perhaps only comparable to the maroons of Surinam.

This history, however, does not start in 1851 with the total abolition of slavery in Colombia, for Leal goes back to the colonial period in order to explain why a political economy of extraction was established in the first place. In fact, Leal tracks how blacks appropriated an environment that originally didn’t belong to them, how they negotiated with whites their access to resources and power, and how even in moments in which mining companies challenged their autonomy, they nonetheless found ways to maintain their hard-won freedom. Paradoxically, even if blacks of the Pacific lowlands fulfilled one of the main values of the republican order of the Colombian national state (freedom!), they were not recognized as contributors to the national project. Quite to the contrary, white elites equated them to an environment deemed unhealthy, and allegedly suitable only for savages. The pacific lowlands, and its recently created cities of Tumaco and Quibdó, were thus built as racialized landscapes; geographies plagued by ideologies of racism and biological determinism. Whites’ project to control and “civilize” the territory was ultimately a failed one, for black culture crept into cities and forests. Eventually, with the advent of the 1991 Colombian constitution, black ethnicity became a part and asset of the nation as Colombia entered the era of multiculturalism.” 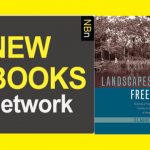