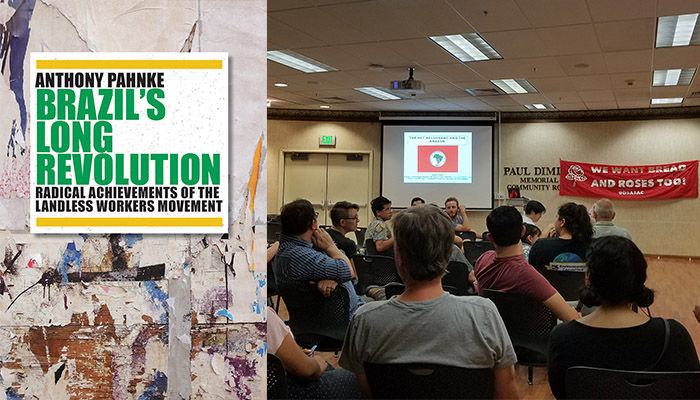 A satisfying part of our work as scholarly publishers is seeing our authors share their scholarship. Late last month, Anthony Pahnke spoke with the Democratic Socialists of America in Sacramento. He shared the following brief reflection with us. Thanks for sharing your work with us and with the community, Dr. Pahnke:

From Anthony Pahnke: Some years ago, it was the famous Brazilian singer, Tom Jobim, who said that “Brazil is not for beginners.” Today, his words ring true, as the Amazon burns, the country’s–perhaps the world’s–largest corruption scandal occupies the nation’s courts, and Brazil’s far-right President, Jair Bolsonaro, slams the left, and deconstructs the economy. With many of theses issues in mind, we had the opportunity to discuss contemporary Brazilian politics with the Democratic Socialists of America (DSA) in Sacramento, California. I was invited to this event to share what I wrote about in Brazil’s Long Revolution: The Radical Achievements of the Landless Workers Movement and to discuss international solidarity efforts.

The principle focus was the Landless Movement (O Movimiento dos Trabalhadores Rurais Sem Terra). We had the opportunity to discuss the movement’s history, tactics, and trajectory, while also making the movement’s struggle for agrarian reform relevant in current discussions of political corruption, the rise of the right, and the destruction of the Amazon.

While the event in Sacramento was a time to talk about the book, it was also a space where a group of about thirty committed activists took the evening to imagine the future. At a time–in Brazil and the United States–many of us struggle to navigate our divisive political times. In Sacramento, we had the chance to think together on the things that Brazil and the U.S. share, and what the MST can contribute to this discussion.

Brazil’s Long Revolution shows how the Movimento dos Trabalhadores Rurais Sem Terra (the Brazilian Landless Workers Movement, or MST) positioned itself to take advantage of challenging economic times to improve its members’ lives. Pahnke analyzes the origins and development of the movement, one of the largest and most innovative social movements currently active. Over the last three decades, the MST has mobilized more than a million Brazilians through grassroots initiatives, addressing political and economic inequalities. To learn more about Anthony Pahnke’s work, see his website at: https://anthonypahnke.com/. 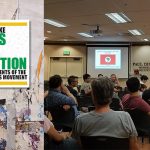