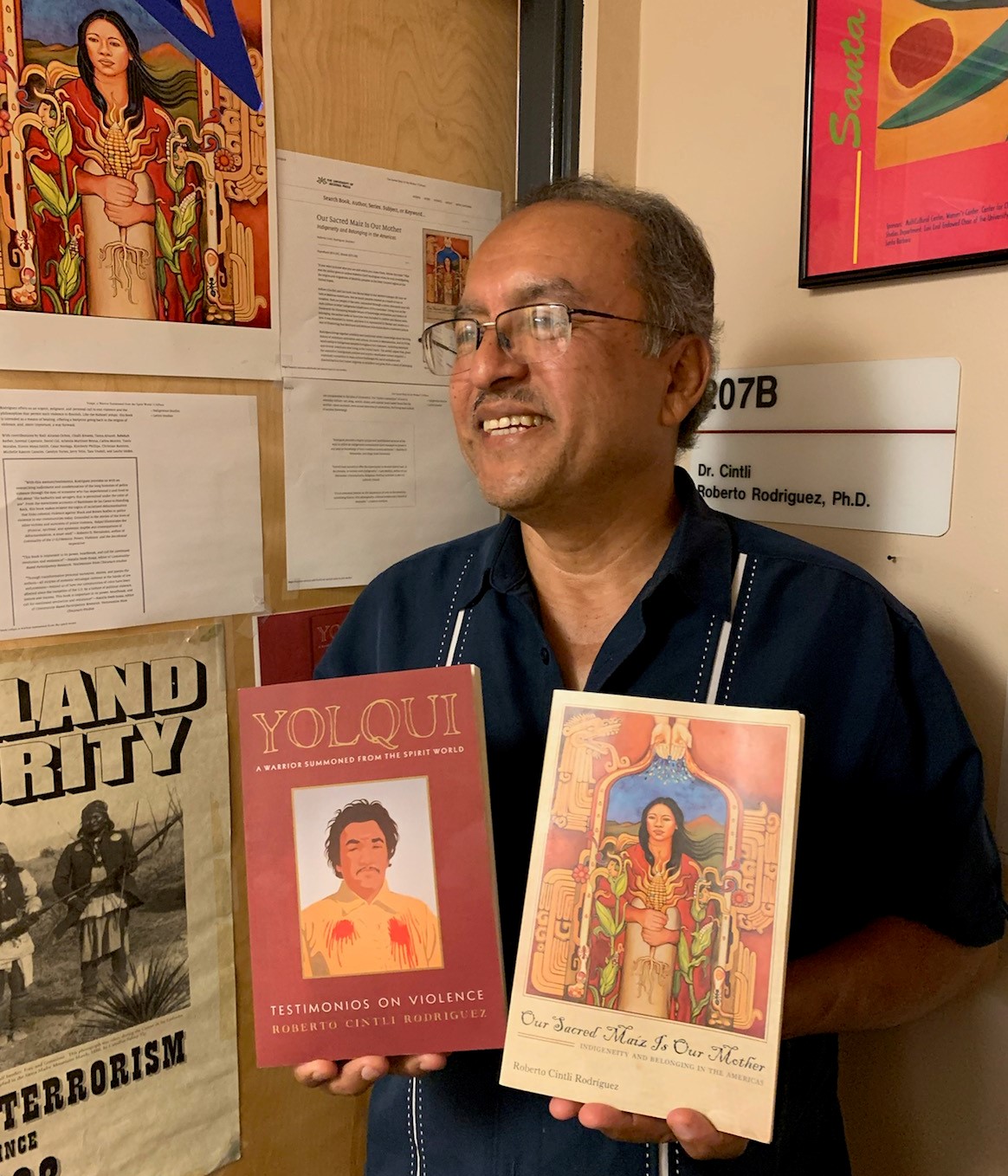 In Nahuatl yolqui is the idea of a warrior brought back from the dead. For University of Arizona associate professor Roberto Cinctli Rodríquez, it describes his own experience one night in March 1979 after a brutal beating at the hands of L.A. sheriffs.

In his new University of Arizona Press book, Yolqui, a Warrior Summoned from the Spirit World: Testimonios on Violence, Rodriguez revisits that day and brings forward contributors who offer their own important and timely testimonios on state violence.

Here is an excerpt from the Preface of the book, which goes further on to explain how Rodriguez chose Yolqui as the title of the book:

Sometime close to midnight on March 23, 1979, on Whittier Boulevard and McDonnell Avenue in East Los Angeles, California, I died. On March 24, 1979, at a little past midnight, I willed myself back to life on that cold and bloody intersection.

I did not actually die, but I was killed that night: attacked, then beaten over and over again with riot sticks wielded by at least four members of the Special Enforcement Bureau, an elite tactical unit of the Los Angeles County Sheriff ’s Department, who struck my body and head repeatedly with their sticks until my skull fractured and my blood pooled in the street.

To the average person, that statement may not make any sense; for many years it didn’t make sense to me, either, until one night the explanation came to me in a dream. But it would be many more years before I was able to comprehend its message.

Hopefully, what I write here will explain both the above statements and how I came upon the title Yolqui for my memoir/testimonio.

In the middle of a cornfield in Huitzilac, Morelos, Mexico, I am given aguamiel, the juice of the maguey plant, to drink. That night, presumably, it prompts a dream.

I am hovering above a sprawled body.

Suddenly, I realize that the body is mine.

My spirit and my consciousness are outside of my body.

But how can this be possible? How can I be here, looking down at my own body?

I observe my bloodied body sprawled on the ground below me. I know it is me because those are my pants, my jacket, my hair.

I am not struggling. I am not moving. I am lifeless. A cold realization sets in, but it doesn’t make sense.

If my spirit and my consciousness are outside of my body, what does this mean?

I know I am not awake. This must be a dream. How else could this be happening?

At that, I am startled awake. I am in shock, trying to understand what I just saw.

For the past twenty years I’ve not had any dreams nor nightmares; either I
was not dreaming, or I was unable to remember my dreams. Either way, something changed that day in the cornfield, and that night I finally had a dream that I could remember. I was very disturbed by the dream, knowing full well there was meaning attached to it.

In the dream I’d been conscious of observing myself. It was the night of March 23–24, 1979, in East L.A., the night I was assaulted while photographing the brutal beating of a young man on Whittier Boulevard. Once I understood what I was looking at and where I was, my mind forced me to wake up.

That long-ago night resulted in my being arrested and charged with attempting to kill the four deputies who almost took my life. It took nine months to win that trial and another seven years to win the lawsuit I filed against those same deputies and the Los Angeles County Sheriff ’s Department.

Even as I write this, I realize that something else happened to me all those years ago, beyond the constant harassment and death threats, beyond having to live in fear and operating on survival instincts. Something was taken from me that night in 1979: the trauma to my brain and skull also had a long-term impact on my ability to process my thoughts in the dreamworld. I lost the ability to recall my dreams. A psychologist could probably comment about that; I know our ability to dream is a critical part of what makes us human. Dreams permit us to process our thoughts, our emotions, and our experiences, and dreams are what connect us to that other world. That was taken from me that weekend. Many Indigenous healers whom I am close to believe that our dream state is as important, if not more so, as our awakened state, and most view the inability to dream as unhealthy. I am also conscious as I write this that I am providing a psychological portrait of my mind and my spirit some forty years after that night in 1979 in East Los Angeles.

What was the meaning of the dream I had in Huitzilac? At the time, I was unsure, and that was disconcerting. In subsequent days, I internalized the idea that I had died that night in East L.A. Was that a nightmare, or was it a memory of what had happened to me that weekend? Regardless, I realized I had become a spirit walking outside of my body.

Sometime later, when I was living in San Antonio, Texas, I discussed that disturbing dream with a good friend, Enrique Maestas, who is also an Azteca/Mexica danzante. I told him I remembered having had recurring bouts of fear between 1979 and 1986, fear that I was going to be killed. “The dream is nothing to worry about,” Enrique told me.

All warriors have to die.

So that as warriors, we can come back and fight again.

Perhaps that was the answer I was looking for, though Enrique’s explanation did not sink in right away.

Roberto Cintli Rodríguez is an associate professor in the Department of Mexican American Studies at the University of Arizona. He writes for Truthout’s Public Intellectual Page and is a longtime award-winning journalist, columnist, and author. His first book with the UA Press is Sacred Maíz Is Our Mother: Indigeneity and Belonging in the Americas. 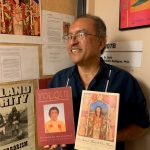