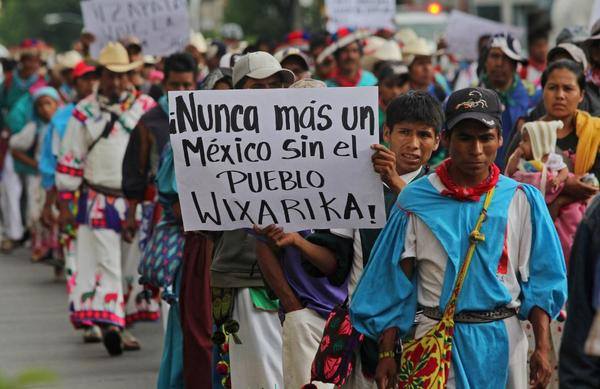 In the fall of 2018, popular culture both south and north of the border had all eyes on Mixtec actress Yalitza Aparicio, the star of Mexican director Alfonso Cuarón’s Roma. Debates raged on a spectrum of issues, from the movie industry’s ongoing whiteness to the fragility of the autobiographical nature of the film, which is based on the director’s own lifelong relationship with Libo Rodríguez, a woman of Indigenous descent who was employed by his family. Accolades for and criticisms of the storyline took many twists and turns in Latinx social media circles and across demographics in Mexico. But missing from sight of much of these debates was the celebratory way in which young Indigenous women were engaging the newfound fame of Yalitza Aparicio. Her multiple magazine covers and photo shoots circulated lovingly across the Facebook accounts of female Wixarika university students. Aparicio’s global platform spurred conversations about decolonizing beauty standards and the need to speak to the lives of Indigenous domestic workers who sustain much of Mexico’s urban fabric. Aparicio’s own trajectory includes being an educator prior to becoming a celebrity; offering another point of identification that Indigenous women students and professionals pointed to in social media. Young Wixarika women read this moment in popular culture from a place of deep identification and joy that the broader public might finally be breaking with stereotypes that fix their bodies, cultures and political practices to othered rural spaces.

Had the constant struggle for recognition finally turned a page?

In my book, Racial Alterity, Wixarika Youth Activism, and the Right to the Mexican City, I survey Mexico’s long history of engagement with race, ethnicity and space. I do so by centering the experiences and praxis of Wixarika university students and young professionals living in the western cities of Guadalajara and Tepic. What is most moving about representing these stories, is that the majority of the Wixarika protagonists of this work have continued to make exceptional strides forward and many have gained visible platforms in local and regional political, educational, and cultural bodies. From directing state human rights commissions to speaking at international conferences, the cohort of university students and professionals who informed this book, seemingly represent the vanguard of coming generations of Indigenous university students. This vanguard has worked to open spaces in university classrooms, tribunals, medical institutions, government, and in the arts and culture. In sum, Wixarika university students and professionals, like their peers from other Indigenous groups, represent both rootedness and heterogeneity in the pathways they are using to transform themselves and their communities.

This apparent ascension and gained visibility has not occurred without numerous and constant struggles. The principal one remains how to challenge racist practices that shape the policies geared toward Indigenous populations and that shape everyday interracial relations both in urban and rural Mexico. The national and global gaze placed on Indigenous peoples and the consumption of folkloric aspects of their cultures remains a central marker of Mexicanness. For Wixarika peoples, this gaze and consumption has boomed in the past twenty years, as they see themselves being a favored ethnic face for both public and private marketing initiatives. Ironically, at the same time that Wixarika aesthetics are celebrated, commissioned and appropriated, the sacred lands that sustain their celebrated ancestral traditions are threatened by transnational corporate interests that include agroindustry, mining, and tourism.

My hope is that this book contributes to the dialogue surrounding how enduring racial imaginaries, stigmas, ambivalences and hostilities are negotiated and contested by young Indigenous peoples who envision themselves as a new vanguard movement for political economic, social and culture transformation. 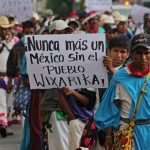