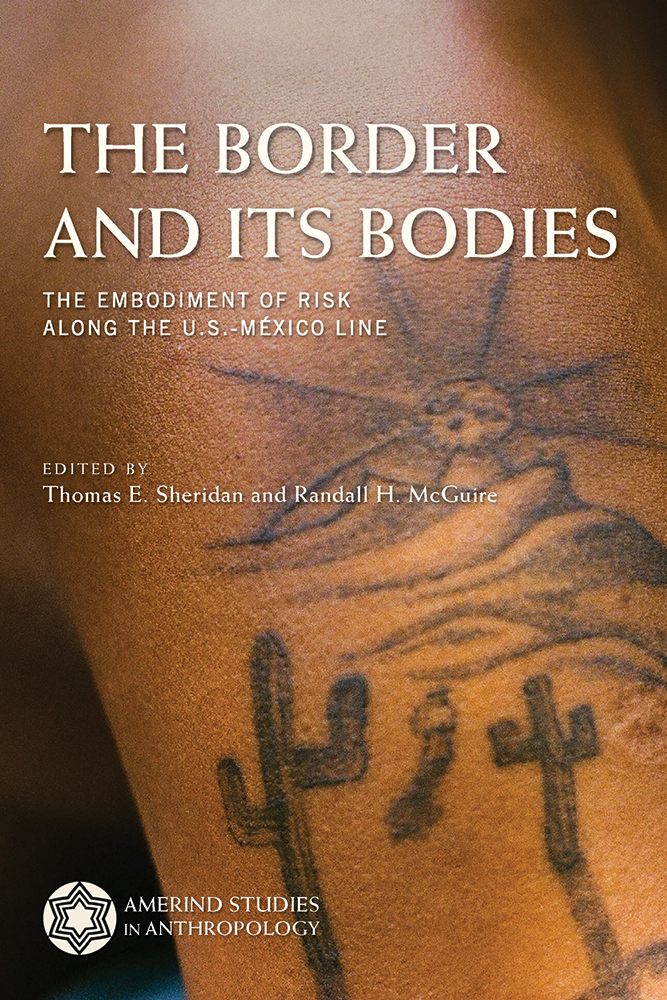 The Border and Its Bodies: The Embodiment of Risk Along the U.S.- México Line, is an important book of borderlands scholarship, but there’s more to this University of Arizona Press book, placed on the Association of University Presses’ reading list during University Press Week last November. The book’s editors Thomas E. Sheridan and Randall H. McGuire, along with its thirteen contributors, have presented a timely presentation on the realities of our border region. This book examines the impact of migration from Central America and México to the United States on the most basic social unit possible: the human body. It explores the terrible toll migration takes on the bodies of migrants—those who cross the border and those who die along the way. The following is an excerpt from contributor Robin Reineke, an assistant research social scientist in anthropology at the University of Arizona’s Southwest Center, and cofounder and executive director of the Colibri Center for Human Rights:

In June 2010, the decomposed remains of a man were found by the U.S. Border Patrol on the Tohono O’odham Nation in Arizona. The man was found under a tree, with a backpack containing about $200 in Mexican pesos, a few bus ticket stubs, and a prayer card for Pope Benedict. His body was transported to the Pima County Office of the Medical Examiner (PCOME), where forensic investigators, pathologists, and anthropologists began the work of trying to identify him. During their examination, a Honduran identification card was found in the man’s shoes.

Nearly two months passed with no leads on this man’s identity. Then, in August, a woman called to report her brother, Miguel, missing. A volunteer took the missing person’s report. Miguel’s full name matched the name on the Honduran ID card. Miguel also was reported to have a tattoo—a homemade letter M on one of his forearms. Although the external examination, autopsy, and forensic anthropology examination had all been completed, there was no note of a tattoo. To see if there was indeed a tattoo on the body, investigators used infrared photography to photograph the highly decomposed flesh of the arms of the unknown man. The photographs revealed what could not be seen with the human eye—a light, hand-drawn letter M on the right forearm. The unknown remains were identified as Miguel’s.

Miguel had lived and worked in the United States for decades. He was a gardener. In the spring of 2010, he was apprehended by ICE after being pulled over for speeding, and was deported to Honduras. Shortly after, in the summer of that year, Miguel hired a coyote to guide him across the Arizona desert. He was desperate to get back to his family and his job. He attempted the crossing in June, one of the hottest months of the year in the Sonoran Desert, when temperatures regularly reach into the triple digits.

When the volunteer called to notify Miguel’s sister that he had died in the desert from heatstroke, she wept and expressed confusion. “How could someone die just from walking? He was a gardener; he was used to being in the sun. I think someone murdered him,” she said. The volunteer assured her that there were no signs of trauma, and explained that, sadly, hundreds of people die each year attempting to cross the border through Arizona. The volunteer then explained the next steps: the family would need to choose a funeral home, and then have the funeral home contact the medical examiner’s office to arrange to pick up Miguel’s remains.

About a week later, the volunteer got to her desk one morning and noticed that her voicemail box was full—twenty-eight messages. They were all from Miguel’s family, who were distraught, confused, and angry. The family had been calling from the funeral home, where they had just seen Miguel’s remains. They were convinced that they had been deceived about the cause of death, because the body they were looking at was a horrifying sight—a blackened, decomposed, headless corpse whose hands had been cut off. Clearly, they said, Miguel had been murdered.

Although the official manner of death was accidental, not homicide, they were right. Miguel had been murdered by the U.S. federal government, using the Sonoran Desert as a weapon, and his body showed the signs of this violence.

What happened to Miguel and his family was a complicated injustice, with layers of violence occurring along a protracted timeline. First, Miguel had likely been racially profiled by police. He was then deported to a country he hadn’t called home in more than 20 years, which separated him from his small children and his only means of income. Then, in an attempt to get home, Miguel had followed the path created for Latin American workers by decades of U.S. immigration and border policy, which cuts through remote regions of the Sonoran Desert. The desert conditions and arid heat took its toll, and Miguel died from exposure to the elements. His body was not found for several weeks because of the isolated area where he had been traveling. By the time Miguel was found, his body had endured the same brutality of the desert conditions that had killed him.

On arrival to the medical examiner’s office, Miguel’s body was unrecognizable due to decomposition, and would require special examination techniques for there to be any hope of finding his family. During autopsy, his inner organs and brain had been removed for examination. During the forensic anthropology examination, his skull had been detached, along with portions of his pubic bones. His body was so decomposed and desiccated that investigators had to cut off his hands so that his fingers could be rehydrated for fingerprinting. When his family finally saw his remains, they were looking at the effects of violence, but they were also looking at attempts to care for Miguel and his family.

The volunteer who had first taken the missing person report for Miguel, who had then called his sister when his remains were identified, and who had heard the distressed voices of the family when they were looking at what was left of his body, was in some ways ill-equipped to handle the situation. She was young, she was in over her head, and she was scared. That volunteer was me.

At the time, I was a graduate student in the School of Anthropology at the University of Arizona. The same semester I started graduate school, in the fall of 2006, I began interning and volunteering under the guidance of Dr. Bruce Anderson, forensic anthropologist at the PCOME. I was interested in the ways that a cultural anthropologist might be able to support the work of forensic anthropologists, and Dr. Anderson was eager to have my help. At the time, Dr. Anderson was examining about 150 cases per year—far more than any other single forensic anthropologist in the nation, likely in the world. On top of this, he was also managing calls from families of the missing. The families were calling the medical examiner’s office directly because they had nowhere else to go. The standard mechanism for reporting and pursuing the investigation of a missing person in the United States is through law enforcement. However, families of missing migrants generally struggle with this system: because they are afraid to contact police for fear of deportation, they do not live in the United States, or they are turned away by law enforcement officials when they try to file a report for a missing foreign national. So they call the medical examiner’s and coroner’s offices along the border directly. When I approached Bruce in 2006, he suggested that I help him with missing person reports, and with speaking to the families—work he had taken on voluntarily despite being already overwhelmed with the caseload.

Gradually, these volunteer efforts grew into a nonprofit, the Colibri Center for Human Rights, which I cofounded in 2013. My graduate research became focused on the social and scientific process of identifying the remains of migrants who had died attempting to cross the U.S.-Mexico border into Arizona (Reineke 2016). That summer, when on the phone with Miguel’s family, I had cautioned them against opening the body bag. I explained that viewing his remains would be difficult and that I didn’t want them to remember Miguel that way. But when the body bag containing Miguel’s remains arrived at the funeral home, the family wanted to see him. They needed to confirm that it was indeed Miguel, and to understand for themselves what had happened to him. What they saw was evidence of violence, but not the kind they assumed. There is no good language for the kind of violence Miguel’s body had gone through.

From The Border and Its Bodies: The Embodiment of Risk Along the U.S.- México Line, edited by Thomas E. Sheridan and Randall H. McGuire. ©2019 The Arizona Board of Regents. 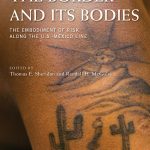