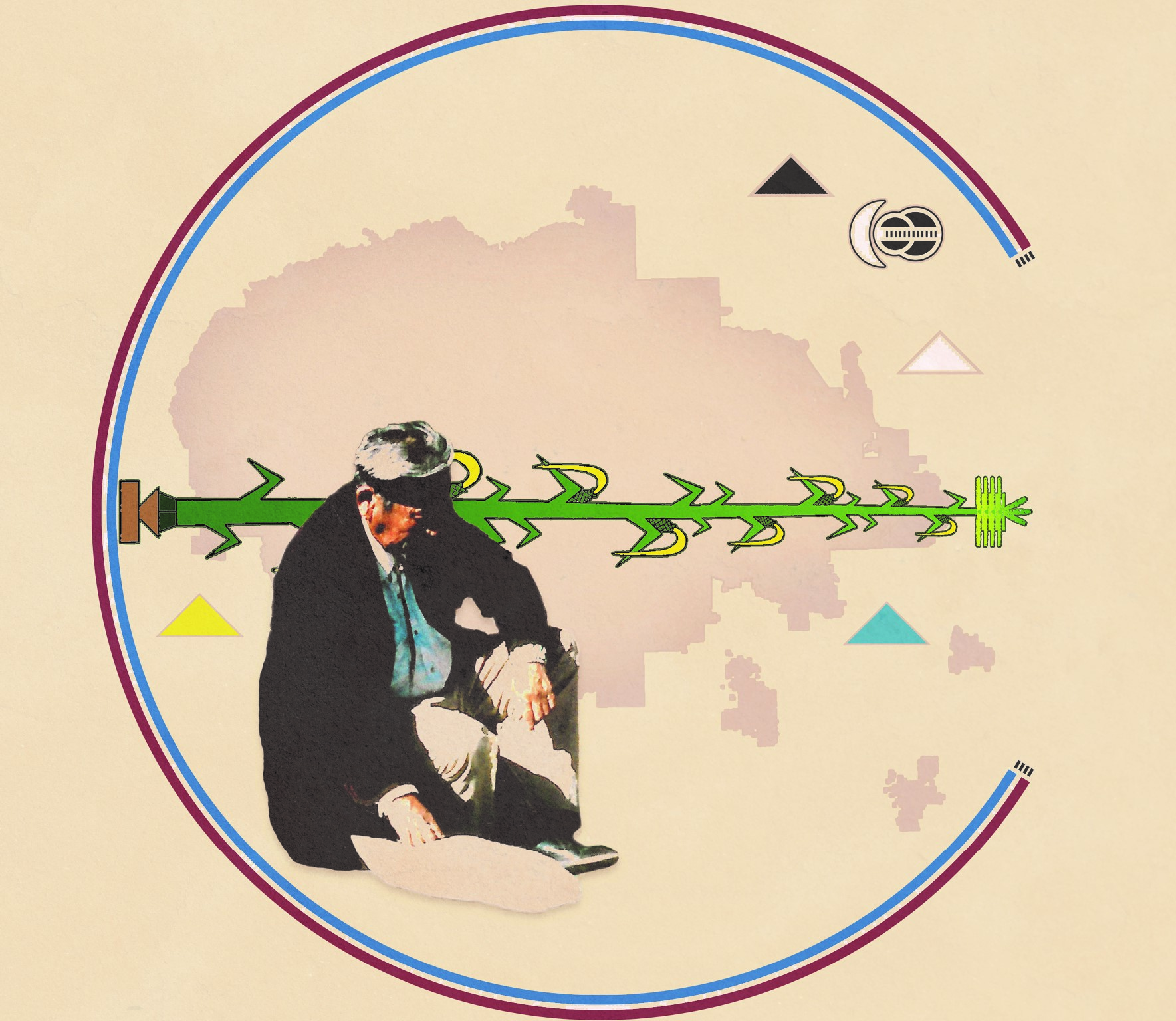 Authors Klara Kelley and Harris Francis have crafted a sweeping history of the Diné that is foregrounded in oral tradition. The authors share Diné history from pre-Columbian time to the present, using ethnographic interviews in which Navajo people reveal their oral histories on key events such as Athabaskan migrations, trading and trails, Diné clans, the Long Walk of 1864, and the struggle to keep their culture alive under colonizers who brought the railroad, coal mining, trading posts, and, finally, climate change. For Diné readers, A Diné History of Navajoland offers empowering histories and stories of Diné cultural sovereignty. “In short,” the authors say, “it may help you to know how you came to be where— and who— you are.”

Below, read an excerpt from Kelley and Francis’ new book, A Diné History of Navajoland.

Of the 145 allotments in the Chambers Checkerboard townships, 56 are canceled or relinquished, but most allotments of the wealthy Silversmith extended family remain intact. Though many of the allottees were children when the allotment applications were first taken (mainly in 1909), those allottees are now adults. Therefore, the 56 relinquishments and cancellations represent about that many households, an estimated 250-300 people.

For allottees, these miseries come on top of Washindoon’s livestock reduction program. So at the very time when Washindoon is telling the People that the reservation lands can only support half the livestock that people own, it is forcing more families with whatever livestock they can salvage onto those same lands.

In 1998 Diné former residents of the Chambers Checkerboard described the miseries of relinquishment (Kelley and Francis 1998b, condensed from the original Navajo).

My mom was born in 1904. When she was about age six, she and her sister went to school at Saint Michaels. They were raised by their grandmother [father’s mother]. And Father [Anselm] came down here, and my mom said a whole group of people were following him around, asking for allotments. So my great-grandmother [who received an allotment] asked for land for my mom and her sister. But the guy who was interpreting for Father refused my great-grandmother’s request because of the interpreter’s relationship with a certain family. So I blame him for why my mom did not get an allotment. And also, I blame her father— he was working on the railroad at the time, he could have requested land. He had two wives, and he liked the other wife better than my mom’s mother. So he pushed my mom and her sister aside.

Before our family was driven off, one man came around to collect the papers— those were the papers with the Teddy Roosevelt signature and the eagle. He said it was for copying, then they would be returned. But my grandma refused to give up the paper. One time at a chapter meeting [probably 1960s], Little Silversmith spoke there, something about getting land for himself. And my mom got up and accused him of not helping when we were all chased off. She said that white people were driving Little Silversmith out now [he seems to have been in debt and was selling to a Bilagaana rancher], but where was he when white people were driving us out?

My mom told me that we left our chickens, our wagons. She went back with my grandfather to our home to get our things, and saw them dumped like trash. Men formed a posse in Springerville, went through Saint Johns, camped someplace between Saint Johns and Sanders. Early in the morning they attacked Diné families around [the spring near the great-grandmother’s allotment], drove them out at gunpoint.

Then, the site where we moved after we were driven out: my dad dug a hole, and we lived there through the winter. Then he built a hogan north of Sanders. First, we went across the [Puerco] river and tried to settle there, then were told to keep moving north, because that was allotted land, go farther north past where the allotments are. So we kept going and we went on land claimed by [certain relatives].

We had many sheep, horses, and cattle. We’d plow the fields and plant a lot, too. We grew a lot of beans, put them in gunny sacks. Someone, I don’t know if they were Bilagaanas, would buy them from us. We also used to live at another place over the hill with my maternal grandparents. There were several lakes where the livestock were watered. We lived in several places…

We would hear people say that we pay for the land [taxes or railroad lease payments]. And one day we were told to move out toward the railroad [north]. They had been saying this to us for a few years now. There was a man named Big Schoolboy, who went around with the Bilagaanas and told everyone to move out. He said that if we didn’t move, they would take us back to Fort Sumner. They all carried guns. We were afraid they might shoot us all.

This was two years after my mother died that they told us to move. My father had to take care of us children then. So we moved out. We put only a sewing machine and other little things in a wagon and left. We left with our sheep, many horses, the rams, and the cows. We just left with our clothes and went to a place called Graywater [about 10 miles away]. The horses were tired out by that time, but there was no grass, only a pond.

When we got the horses back [after the eviction], they were starved almost to death. There was sand sage, silvery sage, wormwood there. We got only 20 horses back— the others died— and never found the cattle. We took some cows with us when we left, but we left a lot there. The sheep we took, but we lost a lot of them too, some to thirst and starvation. We survived on the sheep but our horses died, even the one we used for the wagons. We barely got water. We had to use bottles. We had a very hard time. Then my maternal grandfather became ill. His kidneys wouldn’t work, so they had to carry him around a lot. I don’t know how many years it was, but he passed away too.

When we left our home, my little sister and I would go back to pick up some of our belongings now and then. We noticed that they [the Bilagaanas] had pushed our wagons off a cliff and they were all smashed up at the bottom. We had a small wagon, a big wagon, different types, also a well down there. They shot it up, too. We don’t know where they took our personal belongings and our clothes or what they did with them. They were all gone.

So we came out here. My grandmother was herding them at Graywater [about eight miles away]. We’d run out of water, our only water source was at [a spring away from the homesite]. We’d get water at night, fill the barrel and bring it back. Me, I’d cut logs at Graywater, and I’d bring them back here. That’s how we built a house.

We had no water, but there used to be Bilagaanas who lived around here but they moved out. They used to have windmills here and there, so we asked one to take a windmill out for us. I traded some sheep for it, and they came here and installed a windmill. We settled here permanently after that. We had to herd rams for people, and they would give us a few sheep for it, and eventually we managed to fill our corral again. 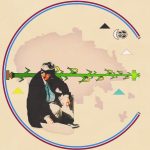