Travel often evokes strong reactions and engagements. But what of the ethics and politics of this experience? Through critical, personal reflections, the essays in Detours, edited by M. Bianet Castellanos, grapple with the legacies of cultural imperialism that shape travel, research, and writing.

Contemplating the ethics and racial politics of traveling and doing research abroad, the essays in Detours call attention to the power and privilege that permit researchers to enter people’s lives, ask intimate questions, and publish those disclosures. Focusing on Latin America and the Caribbean, they ask, Why this place? What keeps us coming back? And what role do we play in producing narratives of inequality, uneven development, and global spectacle?

Below, read an excerpt from Detours by Misha Klein:

Prior to living in Brazil, I had believed that empirical evidence (“facts”) and personal experience provided people with the ability to appraise their circumstances and a capacity and fierce desire to chart their own path to freedom. Though I had never really thought about it consciously, I also apparently believed that there was some lower limit beyond which human dignity would not allow people to sink, and that they would rise up against their oppressors when that limit was breached.

The first time that I went to Rio de Janeiro all of those assumptions were thrown into turmoil. I accepted the invitation of a student who was taking private English classes with me and who wanted me to accompany her on a visit home. In contrast to the spacial segregation of the poor neighborhoods in the city where I lived, rich and poor in Rio are intertwined, in public space, in private space, and in the very layout of the city, where planned portions of the city displaced the previous residents only to be reoccupied by new poor people building in the newly reconfigured spaces. The self-constructed neighborhoods known as favelas fill the fissures and other empty spaces created by urban development schemes in Rio, rather than being on the outskirts as in Latin America and elsewhere, favelas begin when poor people build fragile structures made of found materials in any available space: under overpasses, along roadways, on steep hillsides, and on the edges of some of the wealthiest neighborhoods in Brazil.

I have been asked by Brazilians whether we have favelas in the United States. While we certainly have poor people and poor neighborhoods, the very poor either cannot find housing or cannot afford the rent of public housing or are not well off enough to keep a job or stay in one place. Furthermore, construction regulations make illegal the “auto-construction” that is a defining feature of favelas. Even tent cities or the temporary and visible conglomerations like the “Hoovervilles” of the Great Depression are illegal, though the reasons today usually reference safety codes rather than a recognition of these gatherings as a condemnation of and shameful reflection on politicians in a rich nation. Instead of favelas, we have homeless people, who fall through the cracks instead of filling them.

Toward the end of that first trip to Rio, we drove past Rio’s massive landfill, and I was shocked to see that it was teeming with people evidently scouring the mountain of garbage for reusable and recyclable materials. I realized that abject poverty is not radicalizing or empowering, and that those who must struggle day to day for enough to eat do not have the luxury of planning to overthrow the system. Their dignity is clearly shown in the documentary film Waste Land (2010), about the cooperative of catadores (trash pickers) who live coincidentally at that same municipal landfill and who worked with Brazilian artist Vik Muniz to create beautiful renditions of famous works of art from trash collected by the catadores. Dignity is a state or quality that is quite apart from external conditions.

There is no way to live in such a starkly class-divided social world and not be a participant, not be implicated in it. This is just as true in the United States as it is in Brazil. As a society, we walk past homeless people on the street, forget about Indigenous peoples living in poverty on reservations, avoid certain neighborhoods. We all become numb to the injustices around us, ignoring them so that we can go on about our lives. Seeing the injustices is easier when we step outside of the familiar. When I have returned to Brazil for short stays, I break the rules, disrupting the social fabric in ways that I cannot easily afford to do when I am there for longer periods of time (and often relying on the goodwill of friends and other hosts). I sit in the front seat with taxi drivers and ask about economic changes and consumption patterns rather than sitting in the back, absorbed with my phone and isolated. I chat with the security guards in the apartment buildings of well-heeled friends and engage in discussions about the education system. Inevitably, I get the confused question, “Why are you different?” A quick read of my color, my style of dress, and the circumstances of our encounter puts me in one social category, one that my behavior does not fit. In other words, why do I not stay on my side of the class divide? However, I cannot so easily break these social rules during longer stays because continually confronting or resisting the system is an exhausting endeavor. Breaking with these social norms also causes discomfort or even problems for other people. Of course, those in the working classes are not necessarily eager to get cozy with the privileged classes (of which I am presumed to be a part) and are often uncomfortable with my flouting of the norms. That kind of trust takes time to build. On the other hand, those who are privileged do not appreciate having the comfort of their world disturbed and exposed as flimsy, and they are often quick to chide— or worse.

I learned this lesson when visiting the extended family of my fiancé in the northeastern city of Fortaleza, a region known for “traditional” social rules, rooted in the slave economy and corronelismo, the corrupt and violent boss system that dominated the agricultural Northeast, the legacy of which is still felt today. Theirs was a landholding family, what might be considered “slumlords” in another context. They still lived in a single-family residence, surrounded by a garden and high wall. I counted nine people in their employ, between full- and part-time: a cook, two maids, a chauffeur, a passadeira (a woman whose sole job was to do the ironing), a night guard, a gardener, a manicurist, and a houseboy to whom fell anything that was not covered by the other employees. Between the nine employees, they did not earn even six minimum salaries, nor did they receive any of the common benefits, such as transportation costs, that became required compensation under new labor laws that took effect not long after my visit. The son of the family was being groomed to step into his father’s shoes and was already responsible for making the rounds to collect rent. It was to him that the guard appealed for an income increase. My fiancé and I were not supposed to hear the conversation, but it took place right outside the window of the bedroom where we were sleeping. The guard’s job was to sit up all night in the garden with a loaded weapon, ready to protect the sleeping family. Rather than make his request face to face, he stood outside the son’s window (adjacent to ours) to ask whether we could receive an increase to cover the cost of transportation to and from work. His request was denied. Even more poignant was the situation of the houseboy, a young man from a desperately poor family who lived in what looked like a pile of blankets in a corner of the garage and worked not for a salary but for the cost of his epilepsy medication. Even under these miserable circumstances he was better off than he would have been without the job (as the father of the family explained), if this could really be considered a form of employment as opposed to indentured servitude. Since he picked up the slack around the house, the bulk of the extra work of our stay fell to him, so to thank him we gave him the official jersey of the local Ceará soccer team, of which he was an avid fan. We were roundly chided for this act of reciprocity because, we were told by the family, we had unreasonably raised his expectations. It was a sickening experience. In the face of entrenched systems of unequal power, alliances mean nothing. Friendliness does not put a dent in the system of inequality. The difference between having been to a place and being there is in the depth of understanding. In Portuguese, you do not ask a person whether they have been somewhere. You ask whether they “know” the place, no matter how brief the encounter. A tourist can merely pass through a country and then claim to “know” it. Tourists do not have any obligation to acquire foreknowledge. They do not need to study history, socioeconomic hierarchies, the consequences of uneven development, or the legacy of colonial administrations and repressive regimes. Tourists can admire, and buy, and leave with folkloric or artisanal items and postcard memories, without obligations to maintain relations. Theirs is a form of consumption that includes the possibility of just snacking, of savoring tiny bites, and it also gets reproduced at the local level through tourism performances.

One difference between touring and living someplace for an extended period of time— which involves having responsibilities and obligations, time constraints, and financial considerations— is that when one is touring one can afford to give attention to all sorts of things that people who are going about their daily lives cannot. Tourists in Brazil can engage in what Edward Bruner (2005) calls tourist realism— that is, they can look at poverty (and even take organized tours to visit favelas), be shocked and offended by it (How can people live this way? How can other people ignore it?), and imagine that they have no connection with or responsibilities toward the obvious inequalities. This would seem to be the inverse of the imperialist nostalgia described by Renato Rosaldo (1989): rather than lamenting and longing for a past that one has had a hand in destroying, one may feel a sense of superiority and a self-satisfied clear conscience that comes with imagining that one is not implicated in another’s suffering. However, the only way that this imagining is possible is by deliberately ignoring— being ignorant of— the larger patterns of inequality that are reproduced at the global, national, and regional levels. 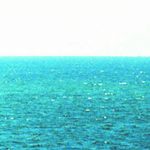