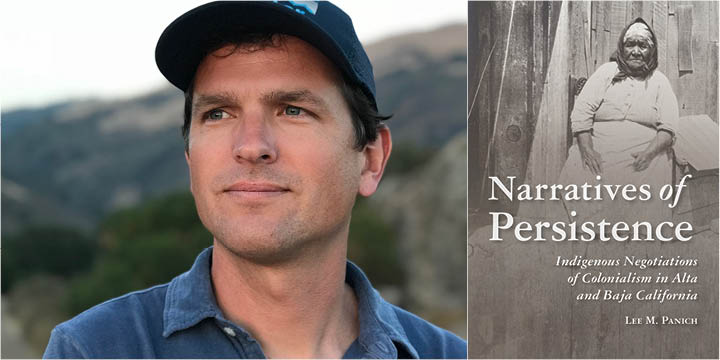 Based on fifteen years of archaeological and historical research in the two regions, Narratives of Persistence charts the remarkable persistence of the Ohlone and Paipai alongside a synthesis of Native Californian endurance over the past five centuries. Lee M. Panich draws connections between colonial events and processes of the deeper past and the way the Ohlone and Paipai today understand their own histories and identities, offering a model for how scholars of Indigenous histories may think about the connections between the past and the present.

Below, read an interview with Lee M. Panich about his new book.

What inspired you to embark on this research?

Narratives of Persistence has its origins in my dissertation research in Baja California, back in 2005, for which I conducted an archaeological excavation at the site of Mission Santa Catalina, in the heart of the Paipai reserve of Santa Catarina. The initial idea for my dissertation was to compare the Dominican mission system of Baja California to the contemporaneous Franciscan missions of Alta California. However, Paipai community members quickly convinced me to change my research questions to center on the tribe’s long-term history. They downplayed the importance of the mission, saying in effect, “We’re still here, while the mission is just ruins now.”

This idea became the central focus of my dissertation and stuck with me when I shifted my research to the San Francisco Bay area about ten years ago. I saw a similar situation with local Ohlone groups, who had persisted in different ways during and after the mission period. Given the variables involved—different Indigenous cultural traditions, different missionary orders, differences between the U.S. and Mexico—I thought the two case studies would make an interesting comparison. I hope readers agree.

Why do the Ohlone people lack popular recognition and official acknowledgement from the U.S. government, even though they share a similar colonial history to the Paipai people?

That’s a great question and one of the key issues I try to address in the book. There are, of course, a lot of reasons for this discrepancy. One reason has to do with differences in how central California and northern Baja California were colonized by the United States and Mexico, respectively. Despite maintaining community cohesion, the Ohlone lost ancestral lands and were demographically outnumbered in the Bay Area shortly after the Gold Rush. The Paipai, in contrast, were able to hold onto portions of the ancestral homelands at the same time that Mexican settlement in the region remained relatively small well into the twentieth century.

But, for the Ohlone in particular, I think the biggest issue is simply that outsiders have always had essentialized notions of what Native people should be like. This can be seen in the early twentieth century when anthropologists and government officials alike pronounced the Ohlone extinct. The people were still there, but they didn’t fit rigid stereotypes about American Indians. One of the arguments I make in the book is that expectations about authenticity continue to do harm to Native Californian communities today.

What do you think the biggest lasting changes colonialism brought to the Ohlone and Paipai peoples are? How do those changes manifest today?

Perhaps counterintuitively, people in both communities are quick to acknowledge how their ancestors incorporated aspects of colonial lifeways into their own. For example, Paipai men are well regarded vaqueros, or cowboys, and my hosts in Santa Catarina credited the mission system for teaching their ancestors how to rides horses and drive cattle. Here in the Bay Area, many members of the Ohlone community remain practicing Catholics, another direct legacy of missionization. In both cases, people today are adamant about the fact that their communities have suffered unjustly under different colonial regimes, but they also recognize that the issues are not always black and white.

Certainly, one of the biggest changes has been a long process of social and political coalescence. Prior to colonization, people in both regions were organized into myriad autonomous communities – communities that have come together in various ways over the past 250 years. What I think most people misunderstand about that process is that it was both intentional and shaped by enduring cultural practices. In the missions, for example, Ohlone and Paipai people drew on existing marriage patterns to expand the pool of potential spouses amid devastating population losses. Later, in the late nineteenth and early twentieth centuries, Ohlone and Paipai communities opened their doors to other Native people seeking refuge from violence and exploitation. These changes look dramatic when one compares the situation in 2020 to that in, say, 1780. But when you view it from the perspective of lived experience, the overall picture is one of individuals and families striving for community continuity. That’s the perspective I hope readers take away from the book.

Could you please tell us more about the persistent Indigenous traditions of the Ohlone and Paipai peoples? What do those traditions and traditional ways of knowing look like in contemporary life in California?

There is so much amazing work that is happening across Native California, and especially in the Ohlone and Paipai communities. Here in the Bay Area, for example, you can get a meal of acorn bread and venison at Cafe Ohlone in Berkeley. Run by Vincent Medina (Chochenyo Ohlone) and Louis Trevino (Rumsen Ohlone), the café honors traditional knowledge, serves as a hub for Native cultural events, and simultaneously educates the non-Native public about continued Ohlone presence. There is also an active program of language revitalization. In addition to reintroducing Chochenyo Ohlone language to everyday usage, the Muwekma Ohlone Tribe regularly renames important ancestral sites in order to undo the processes of erasure that have written them out of their homelands for the past two centuries.

South of the border, the Paipai are similarly working to maintain Native languages – there are several spoken in Santa Catarina today, including Paipai and Ko’alh. Paipai artisans are also renowned for their pottery, as Santa Catarina is the only Native Californian community with an unbroken ceramic tradition stretching from precontact times to the present. The potters, nearly all of whom are women, and other Paipai artisans are in high demand at workshops and cultural events throughout northern Baja California and southern California. In fact, many Native artisans from Baja California regularly connect with tribal communities in the United States—ranging from Kumeyaay groups in San Diego County to the Hualapai, Yavapai, and Havasupai in Arizona—to share knowledge and to rekindle connections.

For the past year or so, I’ve been involved in several interrelated projects focused on bringing Ohlone perspectives to a wider audience, particularly at Santa Clara University where I work. Our campus is on the site of Mission Santa Clara, where thousands of Ohlone people lived and labored during the colonial period. To date, their descendants have been largely left out of the public interpretation of the mission and the ways we teach the history of the SCU campus to our students and visitors.

This is all changing rapidly, and we’ve been working closely with the Bay Area Ohlone community — particularly those groups who trace their ancestry through Mission Santa Clara, including the Muwekma Ohlone Tribe and the Ohlone Indian Tribe. This work is both top-down and bottom-up. We’re working with the University administration, for example, to assess official monuments and markers on our campus and to make sure we do a better job of acknowledging Ohlone history and continued presence. Along with faculty colleagues and undergraduate students, we’re also working with the Ohlone community to build pedagogical resources that instructors here at Santa Clara and elsewhere can use and that feature Ohlone voices and perspectives. The coronavirus situation has obviously put these efforts on the back burner for the time being, but the story of the Ohlone—like that of the Paipai—is one of overcoming obstacles big and small.

Lee M. Panich is an associate professor of anthropology at Santa Clara University, specializing in the archaeology and ethnohistory of colonial California, particularly the Spanish mission system. 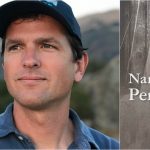