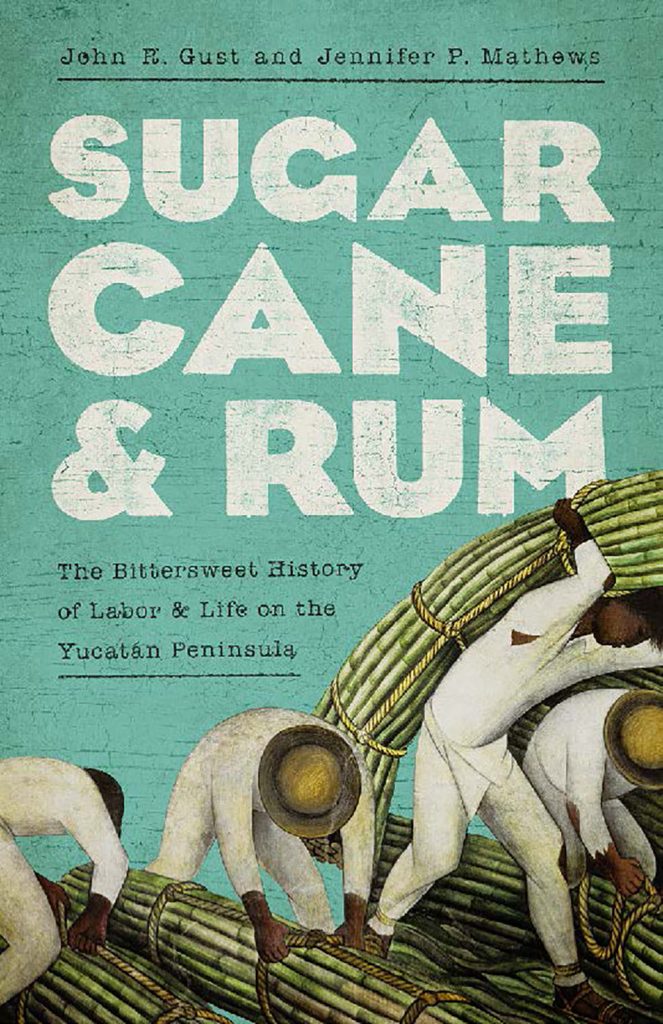 In Sugarcane and Rum: The Bittersweet History of Labor and Life on the Yucatán Peninsula, authors John Gust and Jennifer Mathews tell the story of sugarcane and rum production through the lens of Maya laborers who worked under brutal conditions on small haciendas to harvest sugarcane and produce rum. The book explains how rum continues to impact the Yucatán and the people who have lived there for millennia.

Below, read an excerpt on the Maya of Quintana Roo:

SUGAR AND RUM PRODUCTION ON THE YUCATAN PENINSULA

Sugar and rum production in Yucatan were influenced by two major factors: (1) the long growing cycle that affected when and how much labor was needed, and (2) the social relationship between the owner and working class that influenced where sugar was produced. This chapter explores the interrelationship of these factors through a discussion of how sugar growing moved from the central and southeastern portions of the peninsula to the wilds of the northeastern coast. The final section details the authors’ work investigating the small site of Xuxub and the larger site of San Eusebio near the northeastern coast of Yucatan.

The historical trajectory of the northern coast of Quintana Roo, including the Yalahau region, where the authors’ ongoing archaeological investigations are focused (see map 2), is quite different from the rest of the Yucatan Peninsula. Within the century following contact, European-introduced diseases resulted in a massive population reduction, perhaps as high as 90 percent. The surviving native peoples were concentrated into settlement regions across the peninsula, but Quintana Roo became a bastion for Maya rebelling against the Spanish.2 Because of this unstable social environment, in the mid-1500s only six encomiendas were established in Quintana Roo. These were located at the sites of Kantunilkin, Conil, Cozumel, Ecab, Pole, and Zama (Tulum/Tancah).

In 1546, the Maya of what is today Quintana Roo initiated the “Great Revolt” to protest their treatment by the Spanish. Although this uprising was squelched by 1547, the Spanish still regarded the area as hostile. A combination of low population density and little supervision by the Spanish along the northeastern tip of the peninsula fostered the development of piracy in the area.5 Legends recall pirates hiding their booty along the coast, and by the mid-1600s they began extracting the logwood tree (known locally as palo de tinte or palo tinto) near Ecab. The Spanish virtually abandoned the region to a small population of Maya and pirates by the mid-1600s because of the difficulty of maintaining the area. This lack of attention continued for the next two centuries, making the region a place of escape for those fed up with the colonial and early postcolonial system.

The previous chapter discussed the failure of the elites to live up to their promises of reform and betterment for Indigenous peoples after the war for Mexican independence. The result was loss of land and the Indigenous populations, including Yucatan’s Maya, being treated as nothing more than cheap labor instead of full participants in efforts to modernize Yucatan and grow its economy. Haciendas continued to expand, and by 1840, hacienda owners were buying up property, virtually land-locking Maya villages and making it impossible for them to sustain themselves, develop infrastructure, or have access to education.

When the Caste War of the Yucatan Peninsula (Guerra de Castas) started in 1847, the rebels began specifically targeting sugar-producing haciendas for destruction. The war raged on for several years, resulting in massive casualty losses of approximately 40 percent on both sides. By 1850, the armies of Yucatan had secured the western part of the peninsula. The Caste War ended with the defeat of the remaining rebels in most of the Mexican Yucatan by the mid-1850s. The exception was in the southeast, where war raged until finally ending in 1901, when the remaining rebels (the cruceros) were defeated by General Ignacio Bravo and his soldiers. Throughout the conflict, many Maya retreated to the remote “uncontrollable wilds” of the east.

The razing of sugar plantations not only devastated some of the Yucatan’s most profitable enterprises, but also led to sugar shortages and curtailed the production of cane alcohol. Those looking to restart production in the 1870s looked to the isolated north coast of Quintana Roo, which had soils suitable for sugarcane. Although the area had once been abandoned to pirates and hostile Maya, the inhabitants of the largest Maya town in the area, known as Kantunilkin, agreed to cease hostilities circa 1855, and instead helped local authorities keep the peace. The region was isolated and lacked infrastructure but was relatively safe and became the best option for sugar production. This region, which includes our study area, still contains historic ruins of several of these sugar operations. 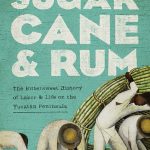