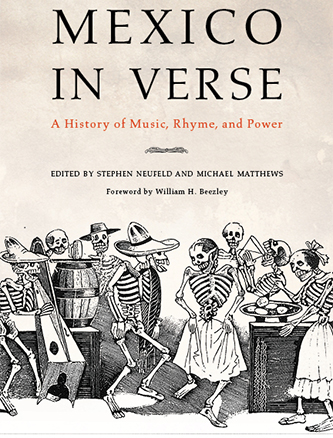 For this week’s free e-Book of the Week, we’re drawing attention to our exceptional works in Latin American studies by offering Mexico in Verse: A History of Music, Rhyme, and Power for free download from our website.

Focusing on modern Mexico, from 1840 to the 1980s, this volume examines the cultural venues in which people articulated their understanding of the social, political, and economic change they witnessed taking place during times of tremendous upheaval, such as the Mexican-American War, the Porfiriato, and the Mexican Revolution. The words of diverse peoples—people of the street, of the field, of the cantinas—reveal the development of the modern nation. Editors Neufeld and Matthews have chosen sources so far unexplored, showing the ways that individuals interpreted—whether resisting or reinforcing—official narratives about formative historical moments.

Download from our online shopping cart here. Available until 5/28/2020. Discount code is AZVERSE20.

Learn more about the book

2. The Sly Mockeries of Military Men: Corridos and Poetry as Critical Voice for the Porfirian Army
Stephen Neufeld

3. The Track from Beyond the Grave: Challenges to Porfirian Policymaking in Popular Verse
Michael Matthews

7. “That Mariachi Band and That Tequila”: Modernity, Identity, and Cultural Politics in Alcohol Songs of the Mexican Golden Age Cinema
Áurea Toxqui

8. Let Us Weep Among the Dust: Recycled Poems of 1968 and Operas of Earthquake
Amanda Ledwon 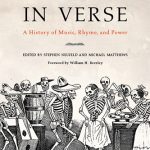