We are pleased to announce the publication of three important new essays on our open access platform, Open Arizona. The essays bring together leading contemporary scholars to add perspective to formerly out-of-print works that have been republished on the site.

A key component of the Open Arizona project, which was funded by the Andrew W. Mellon foundation to make out-of-print books available as open access, is to add contemporary context to these works, some decades old. The newest essays are by Maurice Crandall, Vanessa Fonseca-Chávez, and Yvette J. Saavedra. These scholars offer perspectives framed by their expertise in history, Indigenous studies, border studies, and English, as well as women’s, gender, and sexuality studies. In thoughtful, individual essays, the address the works of Henry Dobyns, Grenville Goodwin, and María Herrera-Sobek.

The Social Organization of the Western Apache by Grenville Goodwin

In this book, Goodwin presents an in-depth historical reconstruction and a detailed ethnographic account of the Western Apache culture based on firsthand observations made over a span of nearly ten years in the field.

This project includes a new essay by Maurice Crandall, a citizen of the Yavapai-Apache Nation of Camp Verde, Arizona. He is a historian of the Indigenous peoples of the U.S.-Mexico borderlands and is currently assistant professor of Native American studies at Dartmouth College. Crandall’s essay, “Reflections on The Social Organization of the Western Apache and Grenville Goodwin Among the Western Apache: Letters from the Field” addresses the complexity of a white ethnographer’s relationship to and with the community where he worked.

Crandall is the author of These People Have Always Been a Republic published by The University of North Carolina Press.

Early literary works written in Spanish in what is today the American Southwest have been largely excluded from the corpus of American literature, yet these documents are the literary antecedents of contemporary Chicano and Chicana writing. This collection of essays establishes the importance of this literary heritage through a critical examination of key texts produced in the Southwest from 1542 to 1848.

This project also includes the new essay “Reflections on Reconstructing a Chicano/a Literary Heritage: Hispanic Colonial Literature of the Southwest” by Vanessa Fonseca-Chávez, an assistant professor of English at Arizona State University. She writes, “Perhaps the most salient truth made evident by the collection is that the Spanish conquest left a troubled inheritance on which to build a literary trajectory.”

Fonseca-Chávez is the author of Colonial Legacies in Chicana/o Literature and Culture, which is forthcoming from the University of Arizona Press.

This book offers a fascinating account of the ethnic development of early Tucson. Using a variety of methods and sources, Dobyns reveals how Spaniards, mestizos from New Spain, and Native people from many tribes laid the ethnic foundations for the modern city.

This project also includes a new essay by Yvette J. Saavedra, an assistant professor of Women’s, Gender and Sexuality Studies at the University of Oregon, titled “Spanish Colonial Tucson: Shifting the Paradigms of Borderlands History.” Saavedra writes, “When we review the significance of Dobyns’s work forty-three years after its publication, it becomes clear that his study marked an important shift in the field of borderlands history by further complicating our understanding of how communities develop within the processes of conquest and colonization.”

Saavedra is the author of Pasadena Before the Roses, published by the University of Arizona Press. 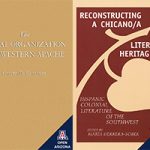