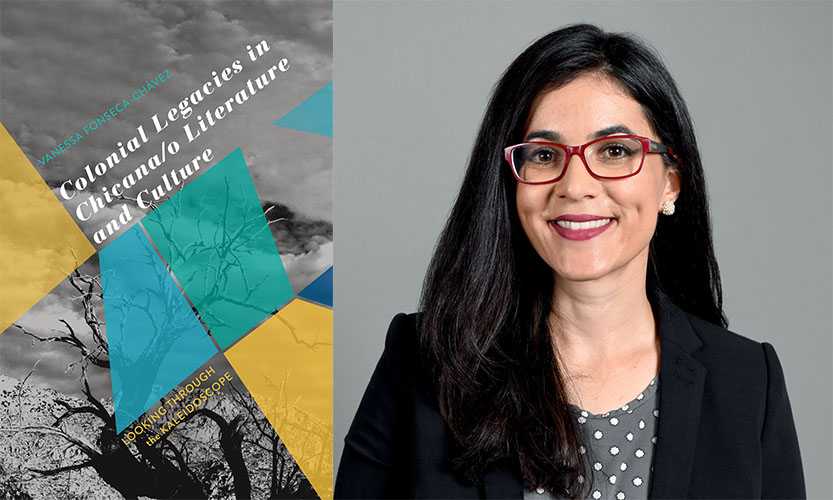 In New Mexico two statues of Juan de Oñate, sixteenth-century Spanish conquis­tador who founded the first Spanish town in the present-day Southwest at San Juan de los Caballeros, were removed following protests this week. In this excerpt from Vanessa Fonseca-Chávez’s forthcoming book, Colonial Legacies in Chicana/o Literature and Culture, we learn that this action follows decades of a contested conversation:

Within the colonial kaleidoscope, everyone sees the pieces differently. There are prisms that reveal a propensity to shut out others. If one’s own privileged history or legacy is at stake, then they choose not to look or acknowledge history beyond their own perspective, for if they validate the existence of oppositional thought, it somehow diminishes their own story. Indigenous histories represent the jagged fragments that, when viewed separately, tell a more complex history that needs to be seen and acknowledged. For Indigenous people, colonization itself is a jagged edge that will never find a solid place within the kaleidoscope. But this same history represents a point of pride for people who hold on to these legacies.

Patricia Marina Trujillo, Corrine Kaa Pedi Povi Sanchez, and Scott Davis (2020) refer to Oñate as a chispa, the flyaway piece of hair that keeps resting on your face. You tuck it back, but you know it’s bound to get loose again and be bothersome. Oñate is a tired, drawn-out character in the story of New Mexico. How do we secure this chispa? And where? National debates in 2017 surrounding Confederate flags and statues in the South and monuments, more generally, suggest museums as potential locations, rather than public spaces as a site of remembrance.26 And Guthrie (2013) reminds us these sites serve as an epicenter for the politics of recognition with ties to how we celebrate multiculturalism, specifically in New Mexico. The white supremacist marches and counterprotests in Charlottesville, Virginia, prompted social media users and KUNM, a public radio station broadcasting from the University of New Mexico’s Oñate Hall (sigh), to return to the topic of Oñate’s legacy in August 2017.

As I finished this chapter, I could not find a way to break away from the controversy surrounding Oñate that was again brought to the forefront via national conversations on Confederate statues. A recent manifestation of resis­tance to this narrative was the renaming of the Oñate Monument Resource and Visitors Center as the Northern Río Grande National Heritage Center, whose vision centers on the economic sustainability of the people of the north­ern Río Grande. This marks a shift from an Oñate-centered space to one that demonstrates an investment in and recognition of the economic structures that were created through centuries of colonial violence in New Mexico and the Southwest. The rededication of this space came to my attention through a Facebook post by Patricia Marina Trujillo on March 2, 2017, where she included a photo showing a new sign posted near the Oñate monument. The sign, a conquistador hat with a line through it, was accompanied by Patricia’s hashtag, #buenobyeoñate. Though the artist was not known at the time of her posting, it marks a pattern of resistance to the Oñate narrative and a desire to move past exhausted, old arguments of former Spanish glory that fail to nuance history.

Just as 1998 prompted new conversations about Oñate’s legacy in light of the four hundredth anniversary of his arrival, so too did more recent events surrounding monuments dedicated to Confederate heroes. In 2017, on the cusp of the Entrada Pageant in Santa Fe for the annual Santa Fe Fiesta held each September, the Oñate statue located in Alcalde, New Mexico, was vandalized with red paint covering the left foot. Painted on a nearby wall were the words “Remember 1680” (Bennett 2017). This act demonstrated a continued lack of interest by some in celebrating pageantry and monuments to Spanish coloni­zation, and a reminder that this conversation may never be silenced.

Vanessa Fonseca-Chávez is an assistant professor of English at Arizona State University. Her work focuses on colonialism, place studies, and the narratives of southwestern U.S. communities. She is co-editor of Spanish Perspectives on Chicano Literature: Literary and Cultural Essays and Querencia: Reflections on the New Mexico Homeland. Colonial Legacies in Chicana/o Literature and Culture will be published by the University of Arizona Press in October. 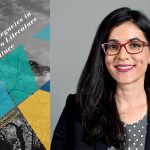