In May 2020, the Academy and the University of Arizona Press announced a new partnership. Beginning this year, recipients of the Academy of American Poets’ Ambroggio Prize will have their winning manuscript published in Spanish with the English translation by Press. The Ambroggio Prize is a $1,000 publication award given for a book-length poetry manuscript originally written in Spanish with an English translation.

MARA PASTOR‘s Deuda Natal / Natal Debt, co-translated by MARÍA JOSÉ GIMÉNEZ and ANNA ROSENWONG, has won the AMBROGGIO PRIZE, which is a $1,000 publication prize given for a book-length poetry manuscript originally written in Spanish and with an English translation. The winning manuscript is published by the University of Arizona Press, a nationally recognized publisher of award-winning works of emerging and established voices in Latinx and Indigenous literature, as well as groundbreaking scholarship in Latinx and Indigenous studies. Established in 2017, the Ambroggio Prize is the only annual award of its kind in the United States that honors American poets whose first language is Spanish. This year’s judge was Pablo F. Medina.

Mara Pastor is a leading Puerto Rican poet, editor, and scholar. She has authored six full-length poetry books in Spanish as well as the bilingual chapbooks As Though the Wound Had Heard (Cardboard House Press, 2017), translated by María José Giménez, and Children of Another Hour (Argos Books, 2014), translated by Noel Black. Her latest book, Natal Debt, translated by María José Giménez and Anna Rosenwong, was selected for the 2020 Ambroggio Prize and is forthcoming from The University of Arizona Press in 2021. Her work has appeared in journals such as The Puerto Rico Review, The Common, The Offing, Connotation Press, Latin American Literature Today and Seedings. She is an Associate Professor of Spanish at the Pontifical Catholic University of Puerto Rico in Ponce.

María José Giménez is a poet, translator, and editor whose work has received support from the National Endowment for the Arts, the Studios at MASS MoCA, the Breadloaf Translators’ Conference, Canada Council for the Arts, and Banff International Literary Translators’ Centre. Assistant translation editor of Anomaly and a former Board member of the American Literary Translators Association, Giménez works between English and Spanish, and from the French, and is the translator of Tilting at Mountains by Edurne Pasaban (Mountaineers Books, 2014), the novel Red, Yellow, Green by Alejandro Saravia (Biblioasis, 2017), and the chapbook As Though The Wound Had Heard  by Mara Pastor (Cardboard House Press, 2017). Her translated and creative work is featured at The Brooklyn Rail, Lunch Ticket, The Common, Prelude, Asymptote, and elsewhere, and in the anthologies Aftermath: Explorations of Loss & Grief (Radix Media, 2018), Cloudburst: An Anthology of Hispanic Canadian Short Stories (University of Ottawa Press, 2013), and Cuentos de nuestra palabra en Canadá: Primera hornada (Editorial nuestra palabra, 2009). Among other awards and honors, Giménez has been named the 2019–2021 Poet Laureate of Easthampton, Massachusetts.

Anna Rosenwong is a translator and editor. Her publications include Rocío Cerón’s Diorama (Phoneme Media, 2014), winner of the Best Translated Book Award, and here the sun’s for real (Autumn Hill Books, 2018), selected translations of José Eugenio Sánchez. She has won fellowships from the National Endowment for the Arts, the Banff International Literary Translation Centre, the University of Iowa, and the American Literary Translators Association. Her scholarly and creative work has been featured in such venues as World Literature Today, The Kenyon Review, and Modern Poetry Today. 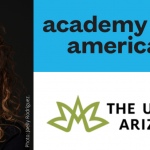