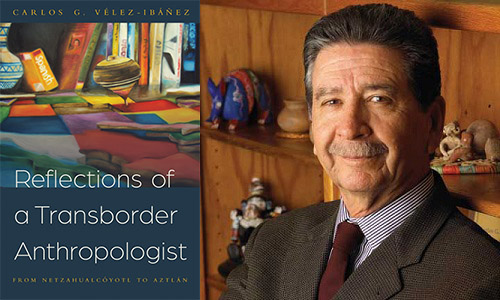 In his new book Reflections of a Transborder Anthropologist, Carlos G. Vélez-Ibáñez explores his development as a scholar and in so doing the development of the interdisciplinary fields of transborder and applied anthropology. He shows us his path through anthropology as both a theoretical and an applied anthropologist whose work has strongly influenced borderlands and applied research. Importantly, he explains the underlying, often hidden process that led to his long insistence on making a difference in lives of people of Mexican origin on both sides of the border and to contribute to a “People with Histories.” Today we share an excerpt from this important new book:

We carried into anthropology departments a penchant for looking at our own or culturally equivalent populations. We entered graduate departments despite our unease with most anthropologically oriented works, learned earlier from the pointed critical analysis by Octavio Ignacio Romano-V in his series of articles (1968, 1969a, 1969b). Anthropology had long believed that fieldwork demanded complete divorce from the anthropologist’s own cultural baggage and that an anthropologist must spend at least a year in the field becoming totally absorbed and immersed in the “new” culture and learning the language.

Most of us didn’t need a year to learn the language, we only needed to renew it. We felt for the most part that the global processes since World War II did not allow for the idea of pristine peoples; also, we strongly felt our own discontent with the loss of land, language, and expectations of relations, and with American educational institutions’ strong insistence on replacing the abhorrent identity of “Mexican.” The term was associated basically with impurity of racial mixing, low IQ and great brawn, and a predilection for not delaying gratification, favoring partying, fiestas, and merriment at the expense of education, learning, and planning for the future.

Many of us had observed our parents working two jobs, fighting in wars— with some not returning— and, of those who remained, achieving when they should not have been able to do so. We also observed and participated in thick networks of relatives that could mostly be depended on in times of crisis.

What we read was mostly in opposition to what we knew to be true, and this opposition was certainly congealed in educational institutions where all things allegedly “Mexican” could be driven out. Thus, of this initial generation, most were male, many were veterans and some tried in combat, some were politically practiced, and all were tired of the status quo for too many Mexican-origin populations on both sides of the bifurcation we call the border.

For me, what beckoned was south of the border, and it is there I began my own quest. 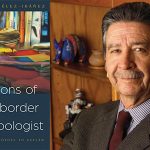