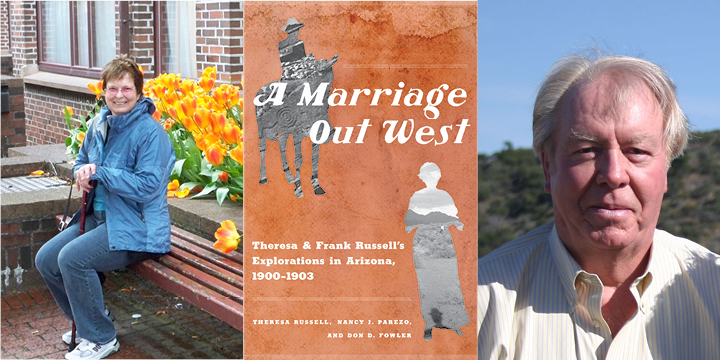 Below, read an excerpt from Nancy J. Parezo and Don D. Fowler’s A Marriage Out West.

We have long studied how women overcame economic and social barriers as they strove to be successful anthropologists. We have emphasized the hard work, perseverance, and resilience this required, given the asymmetrical reality in what was always considered the most welcoming of the sciences. Anthropology had its limits to the welcome, of course. Interested in the rise of professorships as a form of professional occupation in America, elsewhere we have looked at how anthropological careers compared to those of women who became professionals in the hard sciences, the natural sciences, sociology, and history, but we have never studied someone who pursued a career in English and philosophy, intentionally leaving anthropology behind. This is one reason Theresa Russell’s story is important.

Like several of our colleagues, we have focused primarily on the careers of women with a passion for anthropology who succeeded. We have used grounded methods to identify their strategies to overcome societal and professional obstacles, generate resources, and find interesting problems to tackle. This is one reason why we have both been fascinated with how women have thrived at disciplinary boundaries and margins, often espousing theories and writing programs that would take years for men to discover and exploit. From these biographies we have discovered patterns that reflect access and participation in American professions as a form of specialized work based on esoteric knowledge. One was that women gained initial recognition by writing popular accounts of their adventures in the field— that is, travelogues— and getting paid well for these works. Theresa employed this option to establish a new scholarly path, but it was not a path to an archaeological career. It is one where anthropological exploratory research was used as the entry into English, philosophy, and psychology. We welcome other scholars to look for similar instances. We are sure they exist.

Also critical for understanding the Russells’ fieldwork were the development of anthropology as a national discipline and the growth of physical anthropology/ anthropometry as a distinct subdivision of the multifaceted endeavor to understand humanity’s development and variability. This involved more than expounding interpretations and developing framing theories. Striving for professional status included demonstrating that anthropology was a natural science, with original data that could be standardized and measured. Frank was concerned with improving anthropometric and osteological techniques, inventing precise measuring tools, and standardizing methodologies as well as with how anthropology would be taught in universities.

When they made their first trip, the Russells had intended to return to Harvard University, where Frank would pursue the institutionalized academic year of teaching and a summer fieldwork schedule. Theresa could continue to study philosophy and have stimulating conversations with her peers. They did not think they would spend the next two years surveying Arizona and participating in ethnographic field work full time. They covered a phenomenal area. Frank estimated that by October 1902, they had traveled 4,000 miles exclusive of train travel each year. The undertaking was comparable to the areas covered by European scholar explorers Adolph Bandelier, who looked for sites in Arizona between 1880 and 1885; and Alphonse Pinart, who searched for sites in 1876, traveling from San Diego to Tucson and around central and southern Arizona. As J. Jefferson Reid and Stephanie Whittlesey discuss in their excellent history of Arizona archaeology, archaeologists in the 1880s and 1890s did not attempt to survey the entire state as they searched for suitable sites. Most men and women worked in a single region each season. This in itself makes Theresa and Frank’s stories memorable.

Nancy J. Parezo is a professor emerita of American Indian studies at the University of Arizona. In addition to teaching at the institution for almost forty years, she was curator of ethnology at the Arizona State Museum and loaned executive to the Arizona Board of Regents. She also participated for ten years in the Smithsonian Institution summer training program in museum anthropology. The author of more than two hundred books and articles, she is currently working through the nine large four-drawer file cabinets that are full of data for more histories of anthropologies and museums, collecting behavior, and Native American repatriation. Her next project documents missionary Henry Voth’s collecting and ethnographic activities among the Hopi and Cheyenne. With her dear friend Don D. Fowler, she is dedicated to honoring the invisible female scholars who helped develop anthropology in the American Southwest.

Don D. Fowler is the Mamie Kleberg Distinguished Professor of Anthropology and Historic Preservation, Emeritus, at the University of Nevada, Reno (UNR). In 2019 the Don Frazier & Don Fowler Endowed Chair in Archaeology was established at UNR in his honor. His PhD is from the University of Pittsburgh. He has taught anthropology and historic preservation at UNR for forty years. He was a postdoctoral fellow in anthropology at the Smithsonian Institution in 1967–68, a research associate in anthropology for the Smithsonian Institution from 1970 to 2004, a past president of the Society for American Archaeology. He received the SAA’s Lifetime Achievement Award in 2003 and the Byron Cummings Award from the Arizona Archaeological & Historical Society in 1998, among other honors. He is the author or co-author of dozens of papers and reports on southwestern and Great Basin archaeology and cultural resources management, and, with co-author and great friend Nancy Parezo, publications on the history of European and American archaeology and ethnology. 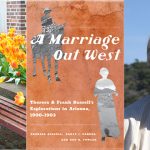