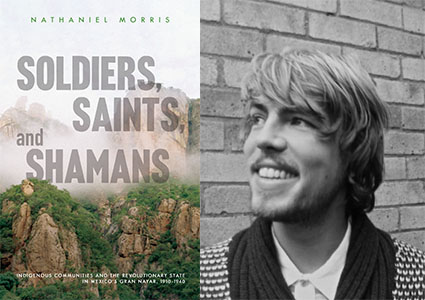 Leafing through documents in the archives could only ever tell historian Nathaniel Morris half of the story he was trying to piece together. He wanted to reconstruct the way in which the Mexican Revolution of 1910-1940 had unfolded in the remote, mountainous Gran Nayar region of western Mexico, and the effects this had had on the identities of its inhabitants. But few of the bandits, teachers, generals, politicians, agronomists or rebel guerrillas active there during that turbulent era left detailed records of their activities. And most of the local population – mostly Indigenous Náayari (Cora), Wixárika (Huichol), O’dam (Tepehuano) and Mexicanero people – had been illiterate, which meant their voices were also largely missing from the documentary record. It was vital, then, for Morris to travel to the Gran Nayar itself, to track down the area’s oldest remaining inhabitants and hear directly from them about how, and why, their forebears (and, in some cases, they themselves) had taken part in the peasant uprisings, military revolts, coups, agrarian reforms and radical cultural projects that swept Mexico during the first half of the twentieth century. These interviews form the core of Morris’ new book, Soldiers, Saints and Shamans, which explores the complex and often conflictive relations between Náayari, Wixárika, O’dam and Mexicanero communities and the revolutionary Mexican state.

Today we share a few of Morris’ photos and extended captions from his fieldwork, which offer insight into the stories and methods that have informed his work.

All photos and captions by Nathaniel Morris.

1: To carry out my research in the Gran Nayar – a region of mountains, canyons, pine forests and scrubland with a scattered population and few paved roads – I had to walk, hike, ride horses, and hitch rides in the backs of pick-up trucks. This sort of travel – often gruelling, sometimes scary, but always eye-opening – enabled me to track down many of the region’s surviving eyewitnesses to the revolution; and it also helped me to understand the diverse landscapes and climates in which they and their forebears have made their lives, and the routes and connections between places and people. The beliefs, practices, and the very ethnic identity of the Náayari, Wixárika, O’dam and Mexicanero peoples is completely tied up with the lands in which they live, which the gods brought into being to replace previous worlds destroyed as part of an ongoing “cosmic battle” between light and darkness, order and chaos, aridity and fertility. The story of this creation is inscribed in the geography of the Gran Nayar, which is strewn with thousands of sites identified with the gods and ancestors and their stories. In the Gran Nayar, land is simultaneously culture, identity, and history.

2: Here you can see the great-grandson of Mariano Mejía – one of the central characters in my book, and the single most powerful man in the whole Gran Nayar during the 1920s – showing me Mejía’s sword. Meeting the relatives of the historical figures I was investigating, hearing the stories that had been passed down within their families, and – as in this case – seeing and even being able to hold artefacts from the Revolutionary era, really helped me to connect to my research. While gathering this oral testimony I lived with Náayari, Wixárika, O’dam, Mexicanero and mestizo families. I ate their food, slept on their floors, learned a little (far too little) of their languages, and listened to their own stories — often sad, sometimes hilarious — of their own lives in the region. And so it became almost a personal quest for me to fill in this gaping hole in our records of the Revolution where the Gran Nayar should’ve been.

3: You can’t understand politics in the Gran Nayar – even today – without understanding local ceremonial practices, such as the Semana Santa (Holy Week) festival pictured here. Religious beliefs, rituals, prayers, fiestas and thanksgivings still permeate every aspect of Náayari, Wixárika, O’dam, and Mexicanero life, from farming and hunting to politics and warfare. And so the Mexican Revolution was locally experienced—and is today remembered—as both a political and a supernatural event: an era of widespread intercommunal and factional conflict, when the still-unfinished agrarian reform that today divides the region was first begun; but also a time when local warlords channelled occult forces to defend their communities from raiders, and when miraculous statues of Catholic saints resisted the attacks of bandits or soldiers, or even took on human form to lead the charge against their enemies. It is natural, then, to find historical narratives of the Mexican Revolution embedded in the modern ceremonial practices of the Gran Nayar’s inhabitants, whether in the form of bandolier-draped dancers demanding gold from village elders in Tuxpan de Bolaños; painted “devils” shouting their allegiance to the Carrancistas, Villistas, or cristeros in Santa Teresa; or glazed-eyed peyote pilgrims in Santa Catarina irreverently yelling “Long live the supreme government!” as they romp around their ritual dance grounds. Many of the political outcomes of the revolution are also conceived of in terms of their effects on local ethno-religious identities.

4: In order to try and really understand the relationship between rituals, politics, and history, I had to try and be an ethnologist as well as a historian. And that meant helping to prepare ritual feasts, dancing, praying, drinking, and in Santa Teresa running laps and fighting other stick-wielding “devils” during Semana Santa – here you can see me in my clay- and ash-painted finest at the climax of that exhausting four-day fiesta. Taking part in, rather than just watching, helped me to understand how local rituals express both collective memories and more far-reaching mythical-historical narratives, all of which have been inflected to some degree by local experiences of the revolution.

5: It wasn’t just strictly religious, Indigenous festivals that I found myself taking part in – here you can see cockfight – which is about as secular an event as it gets – in Huajimic, a mestizo, rather than Indigenous, community in the mountains of Nayarit. Spanish-speaking mestizo people are a minority in Gran Nayar, but make up the majority of the population in Mexico as a whole. For that reason mestizo people born and raised in the Gran Nayar often played key roles in linking the region to the rest of the country, and so have had an influence on the history of the region that belies their limited numbers. During the Revolution, political violence, exile, political manoeuvring by pro-agrarian reform factions, state-promoted shifts from subsistence agriculture to extractive industry, and the arrival of mestizo settlers from elsewhere in Mexico, also transformed a few originally Indigenous communities into mestizo settlements. And so ethnic tensions between mestizos and Indigenous people that have roots in the Revolution continue to shape politics in the Gran Nayar today.

6: As well as interviews and what ethnologists would call ‘participant observation,’ music was also essential to my research in the Gran Nayar. Here you can see a group of Náayari musicians laying down some tunes in the open air just after a fiesta. During the Revolutionary era – and still, to an extent, today – ballads known as ‘corridos’ functioned almost like newspapers in much of rural Mexico, spreading the word about important happenings, the rise and often violent fall of key local leaders, new political movements and much else of interest to a population that was largely illiterate. Today, ballads celebrating—or condemning—the paramount caciques, or telling of important battles, personal tragedies or political victories of the Revolution in the Gran Nayar, endure as popular entertainments during communal fiestas. These songs often contain key details that helped me better piece together not only the local events of the Revolution, but also the ways in which these were perceived and later remembered by the people of the Gran Nayar.

Nathaniel Morris is a historian of modern Mexico. He is currently a Research Fellow at University College London, where he is studying the participation of Indigenous militias in both the Mexican Revolution of 1910-40, and the ‘Drug War’ wracking the country today. Soldiers, Saints, and Shamans is Morris’s first book. 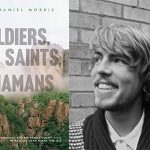