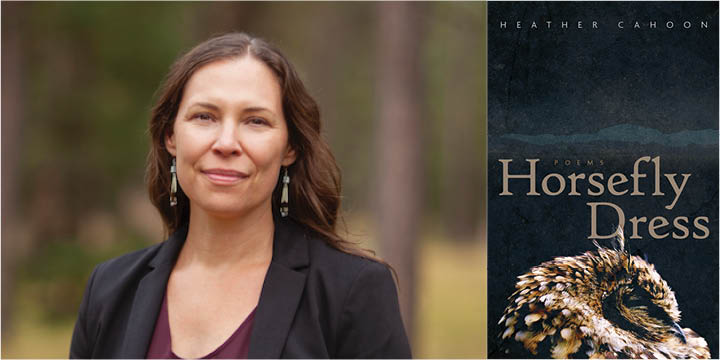 Horsefly Dress author Heather Cahoon was interviewed for Poetry Northwest by Shriram Sivaramakrishnan. Below, read an excerpt from this thoughtful interview and find a link to read the entire discussion.

Shriram Sivaramakrishnan: I would like to kickstart our discussion with the first thing that caught my attention when I was reading your book: the use of Salish words. In your recent reading for The University of Arizona Press, you spoke about weaving Salish into your poems as an act of reclaiming, among other things, the land. It reminded me of a quote by Maurice Merleau-Ponty (I came across it while reading Maggie Nelson’s Bluets), “words do not look like the things they designate.” In the same reading, you also mentioned that you do not speak Salish. Given that your poems are firmly situated in the realities of the land, its people, and their tradition, how does language inform your creative practice?

Heather Cahoon: My poems are definitely rooted in place and reflective of my personal relationships with the landscape, people, flora, and fauna where I live. In terms of how language, specifically my use of Salish, informs my creative practice, I would start by noting that the level of Salish that appears in Horsefly Dress roughly mirrors my speaking ability. Growing up, everyone learns a handful of words and in college I took Salish from one of our elders but I certainly never came close to being fluent. As a result, my decision to include Salish in my poems was very intentional and serves a sort of dual purpose. On a basic level it connects me to my community and reaffirms those ties but it also calls attention, at least momentarily, to American Indians generally and, by extension, the settler colonial history of America. This is why I say that the use of Salish is an act of reclaiming space, not only as a presence on the physical lands where Salish-speaking people have been living for thousands of years, but the non-physical landscapes as well, including the broader American psyche and the mainstream narratives that have largely omitted tribal people.

Horsefly Dress is a meditation on the experience and beauty of suffering, questioning its triggers and ultimate purpose through the lens of historical and contemporary interactions and complications of Séliš, Qĺispé, and Christian beliefs. Heather Cahoon’s collection explores dark truths about the world through first-person experiences, as well as the experiences of her family and larger tribal community. As a member of the Confederated Salish and Kootenai Tribes, Cahoon crafts poems that recount traditional stories and confront Coyote’s transformation of the world, including his decision to leave certain evils present, such as cruelty, greed, hunger, and death.

Heather Cahoon, PhD, earned her MFA in poetry from the University of Montana, where she was the Richard Hugo Scholar. She has received a Potlatch Fund Native Arts Grant and Montana Arts Council Artist Innovation Award. Her chapbook, Elk Thirst, won the Merriam-Frontier Prize. She is an assistant professor of Native American studies at the University of Montana. She is from the Flathead Reservation and is a member of the Confederated Salish and Kootenai Tribes. 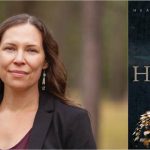