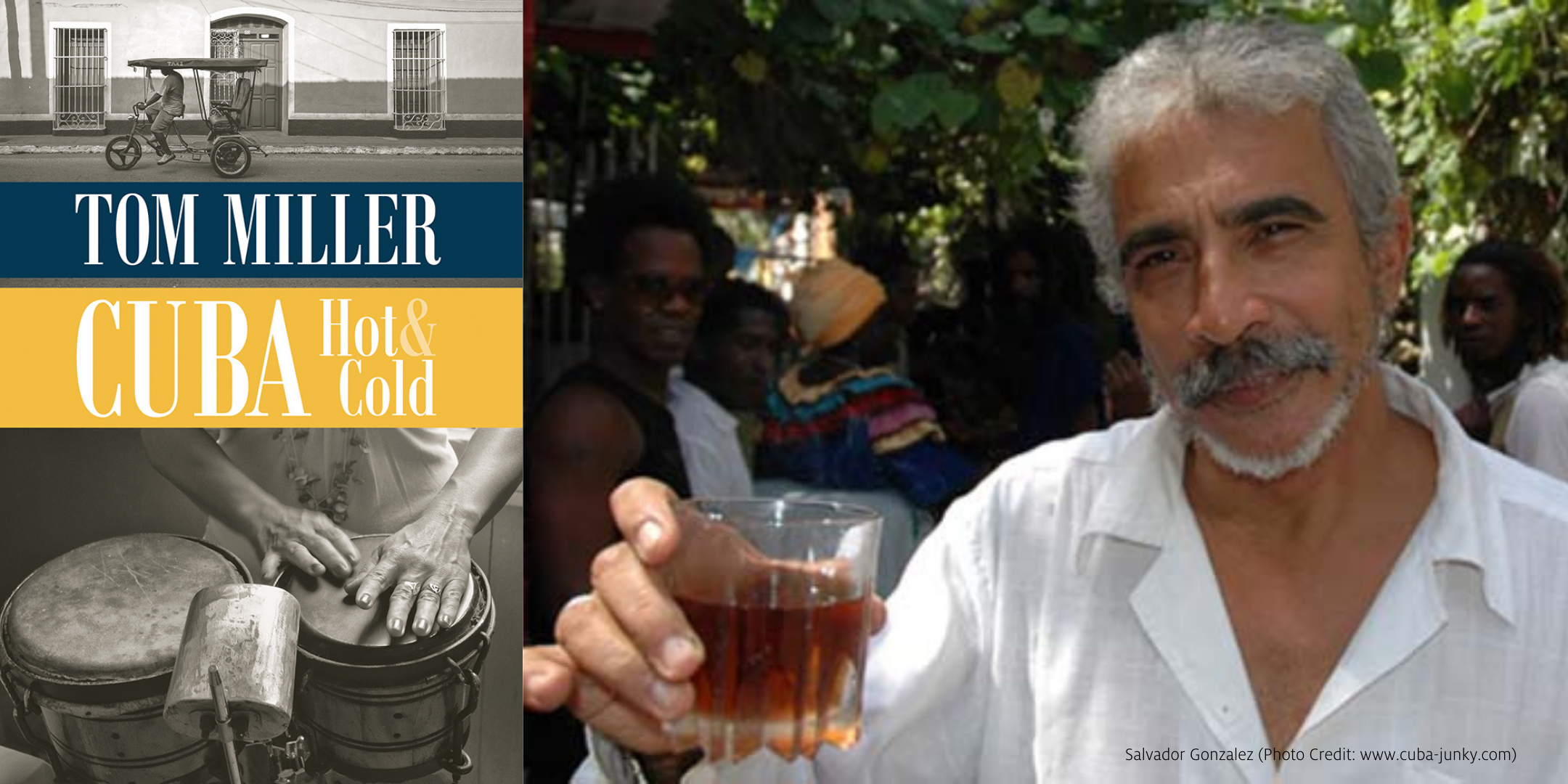 In Tom Miller’s Cuba, Hot and Cold, the University of Arizona Press author wrote about Cuban life, but he also included a reverential revival in Afro-Cuban arts, music, and community led by Salvador Gonzalez.

The artist, cultural promoter, and manager of the Callejón de Hamel Community Socio-Cultural Project in the Havana neighborhood of Cayo Hueso, passed away recently in Havana, leaving a remarkable legacy on Cuban culture, essentially in the visual arts and traditional popular culture, to which he was closely linked until his last days, according to TeleSUR. You can read their story on Gonzalez here.

To better understand this Cuban arts defender and believer, read the following excerpt from Miller’s book:

No slice of Cuban life is less understood by outsiders than its African-based religions—not its athletic prowess nor its government’s colossal miscalculations nor the power of a machete during the sugar harvest nor its devotion to José Martí. You could visit here for weeks and not encounter Afro-Cuban religion, go home, and be none the wiser. But it’s here, it’s in the air, people wear it on their bodies, you can hear it if you listen, you can see it if you want. It’s even in my family, and I’m not confident I entirely understand it either.

Until recent decades polite society considered Afro-Cuban religions something to dismiss, practiced only by la chusma—the lowest of the low—tucked away out of sight. Gradually, however, the religions surfaced—their music assertive, their rituals open, their societies and deities accessible to all. Brought to the Caribbean by slaves and prac-ticed under cover of Catholicism, these religions now draw domes-tic respectability and worldwide attention. The easiest way to catch a comfortable glimpse of them is on a small side street in Cayo Hueso, a working-class barrio of Centro Habana. On Sundays neighbors start gathering on Callejón de Hamel before noon, joined by habaneros from other parts of town and, now, a considerable turnout of visitors from abroad.

Since 1990 Hamel has grown from an unkempt back alley to a site for impressionistic Afro-Cuban art, music, dance, and drumming. Salvador González deserves credit for this, beginning the transition when he was in his forties with a block-long mural overpowering in theme, presence, and execution. Spinning smoke, water, limbs, eyes, and roots surround feathers, goddesses, and serpents. Yemayá and Ochun, both deities of the Yoruba sect, entwine; others from the Abakuá dominate adjoining segments of the mural. The most recent addition is a thematic paint job on the back sides of the run-down five-story apartment houses that line the callejón, all the way up to the rooftop water tanks hundreds of feet above street level.

The Jovellanos, a musical group from Matanzas, had already begun when I arrived. They played on the sweltering street, shaded beneath corrugated tin. The group’s four drummers could be heard blocks away, and soon the crowd grew to two hundred sweaty onlookers, mesmerized by the full-throttle beat as first the singers chanted Yoruba and other incantations, then danced a wild yet precise ritual whose increasing momentum summoned just the right frenzy. The first number was a soft yambú in which a couple acted out in slow motion a rooster and his hen circling and pecking, lunging and leaning. It was meant to be erotic and provocative, and it was both. Next came a faster rumba with rattling maracas that crescendoed as the dancers acted out a fight, then made up as the woman pushed off the man with a turn of the torso, coyly drawing him under her spell. The conga and the batá drums were the lead instruments, accompanied by rhythmic clatter from gourds, a cowbell, and well-defined non-Western free-form singing.

Next, the guaguancó, sweat-drenched dancers’ hips and groins gyrating in sync inches from each other, moving forward, sideways, backward, arms flailing, bodies slowing, building up again, thrusting, almost brushing each other, then pausing, the dancers impressing each other and the captivated crowd.

It was wonderfully suggestive; you can get hot just writing about it. During a break in the dancing, people strolled the alley reading Salvador’s philosophical graffiti, admiring the elaborate structures he’s built. He has a storefront art gallery and a regular work crew, and on weekdays he paces the street, remote phone in hand. He’s built a crude temple inspired by palo monte, a religion with its roots in the Congo and its branches in the New World. It’s a lean-to made with sticks from the Zapata swampland on Cuba’s south coast, with a lifelike couple seated in front of jungle growth. Salvador stopped to explain his complex composition. “It symbolizes the powerful force of nature,” he said, “the waters of the sea, the strength of the rivers, and the volcanic energy we feel from the land. This temple is alive. Look.” He reached far back into the altar, pulled out a machete, and hacked out eyes, a nose, and a mouth in what obviously was not volcanic rock at all. It was the outer growth of a tree stump, still very much alive with thousands of termites that erupted as Salvador sculpted his work.

As for the turnout, Alba Rodríguez a, hospital janitor who lives around the corner, said she’s been coming to the Sunday rumbas faith-fully ever since they began. “I tell people at work to come, but some of them say no, they’re not interested in this, they don’t like it. For me, it’s tranquilo. Tranquilo.”

The crowd eventually thinned out, carrying with it the energy of the rumba. On their way out they passed an empty herb stand, then one of the many dictums painted on the wall: I can wait longer than you, because I am time itself. 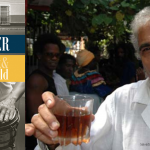