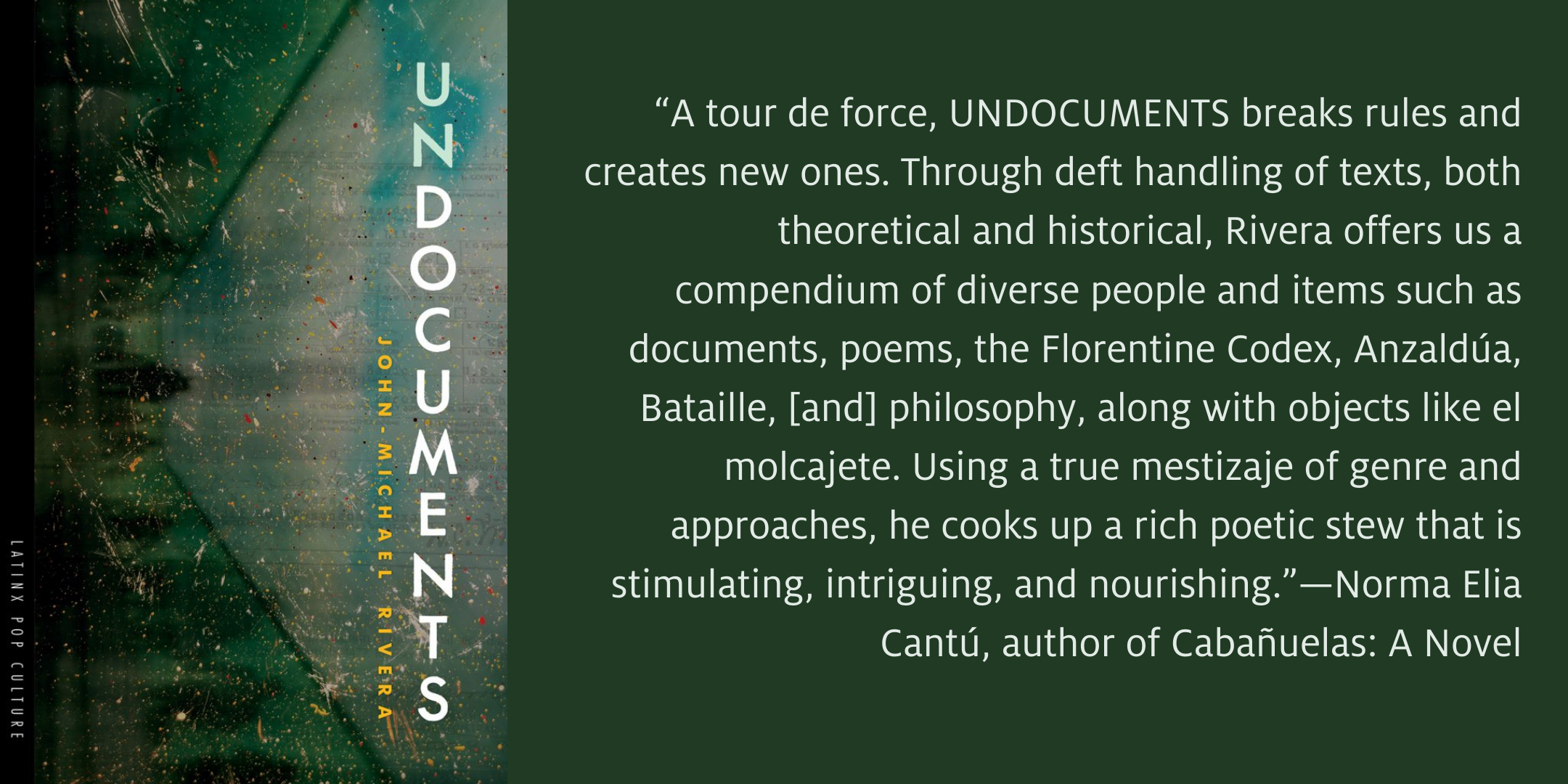 Frederick Luis Aldama, University of Arizona Press author and co-editor of the Latinx Pop Culture series, welcomed John-Michael Rivera at a book launch and celebration for his new book, UNDOCUMENTS on Wednesday, March 31.

Rivera, director of the Program for Writing and Rhetoric at the University of Colorado Boulder, read from UNDOCUMENTS, which documents and scrutinizes what it means to seek opportunities in America. With a focus on the poetics of Latinx documentality itself, this book is concerned with the complicated and at times contradictory ways peoples of Greater Mexico have been documented and undocumented within systems of colonial knowledges, and how these peoples have been rendered as specters of the bureaucratic state.

UNDOCUMENTS is from the University of Arizona Press’s Latinx Pop Culture series that aims to shed light on all aspects of Latinx cultural production and consumption as well as the Latinx presence globally in popular cultural phenomena in the late twentieth and early twenty-first centuries. 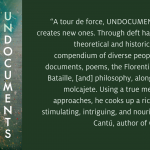