We are thrilled to announce that historian Sonia Robles‘s book, Mexican Waves: Radio Broadcasting Along Mexico’s Northern Border, 1830-1950, received an honorable mention for the Best Book in the Humanities 2021 award from the Latin American Studies Association’s México section.

Mexican Waves is the fascinating history of how borderlands radio stations shaped the identity of an entire region as they addressed the needs of the local population and fluidly reached across borders to the United States. In so doing, radio stations created a new market of borderlands consumers and worked both within and outside the constraints of Mexican and U.S. laws. 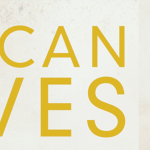