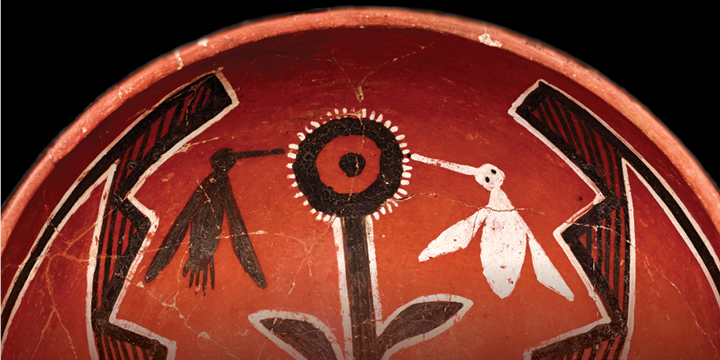 Flower Worlds reaches into multisensory realms that extend back at least 2,500 years, offering many different disciplines, perspectives, and collaborations to understand these domains. Today, Flower Worlds are expressed in everyday work and lived experiences, embedded in sacred geographies, and ritually practiced both individually and in communities. This volume stresses the importance of contemporary perspectives and experiences by opening with living traditions before delving into the historical trajectories of Flower Worlds, creating a book that melds scientific and humanistic research and emphasizes Indigenous voices.

Below, read an excerpt from Michael Mathiowetz and Andrew Turner ‘s introduction to the volume.

The identification of flower world as a floral spiritual domain represents one of the most important breakthroughs in the study of Indigenous belief systems in Mesoamerica and the American Southwest. Nearly three decades of scholarship devoted to this topic have demonstrated that while many of the cultures of both regions share in fundamental aspects of these beliefs, there are also key differences among a plurality of flower worlds. Furthermore, as these realms are multisensory and reach back at least 2,500 years, efforts to understand them extend well beyond the capabilities of any particular academic discipline and require the collaboration of scholars and religious specialists who bring a variety of perspectives. Far more than religious movements or cults, flower worlds form vital and dynamic cores of the cosmologies, histories, rituals, and everyday lives of Indigenous peoples of Mesoamerica and the Southwest, past and present.

In her influential 1992 article “The Flower World of Old Uto-Aztecan,” Jane Hill noted prevalent patterns of floral metaphors and chromatic symbolism in the oral canons, particularly songs, of Uto-Aztecan speech communities and their neighbors (including the Zuni and Tzotzil Maya) ranging geographically from Arizona to Chiapas (maps 1, 2). According to Hill, this suite of linguistic metaphors evokes a spirit land or paradise, often a land of the dead, that is “a timeless world, parallel to our own” (Hill 1992:127). She coined the term Flower World to describe the sacred landscapes referenced and invoked in this cross-cultural and cross-historical phenomenon, which includes sea ania of the Yoeme (Yaqui); Tamoanchan, Tlalocan, and the Sun’s Heaven of the Mexica (Aztecs); and Wirikuta of the Wixárika (Huichol). Within this linguistic complex, flowers invoke not only the flower world but a constellation of concepts including song, the human spirit, and vital forces (such as blood and hearts, fire, and often “male strength and spirituality”) (Hill 1992:122). Hill (1992:136– 38) suggested that these concepts originated with an ancestral “Old Uto-Aztecan” speech community that spread from north to south with Uto-Aztecan linguistic expansion, but she also raised the possibility that a “flower world complex” could have originated in Mesoamerica and spread north with maize agriculture.

In 1992 Louise Burkhart also published an article in which she noted similar patterns of floral metaphors in early colonial Nahua Christian literature, especially Fray Bernardino de Sahagún’s Psalmodia christiana (1993 [1583]) and the Cantares mexicanos (Bierhorst 1985). Burkhart points out that the process of conversion to Christianity in postconquest Mexico was also a process of mutual accommodation in which Spanish friars and Nahua interpreters sought parallels between Indigenous conceptions of paradise and the Christian heaven and Eden. Nahua converts aestheticized and translated the otherwise remote heaven and Eden into their own terms as paradise gardens accessible through ritual and song (Burkhart 1992:90). Within this context, Nahua conceptions of flower world not only survived but thrived and in turn modified New World Christianity.

Pursuing questions raised by Hill’s (1992) original study, Kelley Hays-Gilpin and Jane Hill (1999, 2000) expanded on the flower world as a linguistically based phenomenon to encompass material culture by investigating its historical spread into the Southwest through ancient iconographic motifs. The authors associated imagery such as butterflies, flowers, rainbows, and colorful birds with the flower world, noting that evidence is particularly prevalent in the Southwest after A.D. 1300. They add that rather than a cult or religion, flower world “constituted ‘part ideologies’ or a set of symbolic tools that remained available, either separately or in combination, to the ritual practice and thought of Southwestern peoples over a long period of time” (Hays-Gilpin and Hill 1999:16).

Karl Taube (2004) provided the first in-depth study of the flower world in ancient Mesoamerica. Focusing primarily on the Classic Maya, Taube discussed conceptions of breath, jewels, flowers, music, the soul, and a celestial solar paradise, including how these notions place humans in relation to the life- giving environmental forces of wind, rain, and sun that promote agricultural abundance (Taube 2004:91– 93). Through analysis of artwork in relation to ethnographic and ethnohistoric sources, Taube (2004:79– 91) drew attention to Flower Mountain, a place of origin and celestial ascent of the sun and apotheosized ancestors and found parallels in the cosmologies of Teotihuacan, the contemporary Tzutujil Maya (Carlsen and Prechtel 1991) and Hopi, among other cultures. The emergence of the first people, often aided by deities, from a Flower Mountain or Flower Mound, is a central theme in origin stories of Mesoamerica and the American Southwest (Saturno et al. 2005:48– 50; Taube 2010b:111– 18; Taube, this volume). Taube noted the early appearance of flower world imagery among the Middle Formative (900– 400 B.C.) Olmec, exposing the deep roots of flower world concepts in Mesoamerica (Taube 2004:90). In focusing on the Classic Maya, this work also demonstrates that, while strongly prevalent among Uto-Aztecan speakers as Hill (1992) observed, the flower world is not tied to a particular language group.

Building on Hill’s (1992) original recognition and description of the flower world and the foundational works that demonstrated its resilience and flexibility in times of social upheaval (Burkhart 1992), its correlates in visual culture (Hays-Gilpin and Hill 1999), and its antiquity and pervasiveness among the cultures of Mesoamerica (Taube 2004), we continue to refine and add nuance to our understanding of the flower worlds of past and present cultures of Mesoamerica and the American Southwest. Oswaldo Chinchilla Mazariegos (this volume) urges us to consider a plurality of flower worlds, as multiple distinct floral realms coexist within certain traditions and, while sharing important characteristics, the various manifestations of this phenomenon are distinct and culturally and environmentally situated. Since Hill’s (1992) assessment of the geographical range of this phenomenon as extending from Arizona to Chiapas, subsequent studies have recognized its presence at the easternmost boundaries of Mesoamerica. However, while widespread and diverse in representation, flower worlds are not present among all cultures at all times in these regions.

Learn more about the book by watching its book trailer here.

Flower Worlds is a part of our Amerind Studies in Anthropology series. Learn more about the series here. 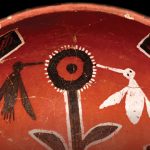