The recent discoveries of over 1,000 Indigenous children’s graves near boarding and residential schools are the latest developments in the story of assimilative, arguably genocidal education in the U.S. and Canada.  In poetry, fiction, and memoir, the boarding school experience is represented in Children of the Dragonfly, the first anthology of Indian literature devoted to Indian child education and welfare. The anthology also includes literature on adoption and foster care, when some 35 percent of Indian children were raised in non-Indian settings during the Sixties Scoop in Canada and the U.S. crisis that led to passage of the Indian Child Welfare Act of 1978.  Dragonfly is an ancient spirit in the Zuni story that saves two abandoned children and restores them to their people.  That spirit is infused in the literature collected in Children of the Dragonfly.

Boarding schools were created to assimilate Indian children to the white world, which required the loss of cultural traditions. The literature tells us, however, that children kept their stories and practices as much as they could. U.S. Poet Laureate Joy Harjo’s “The Woman Who Fell from the Sky” (1994) retells the ancient creation story in the story of Johnny and Lila. Together they endured the rigors and privations of boarding school, but afterward went their separate ways. Johnny joined the army. Lila worked at Dairy Queen and cleaned houses until she entered the story that had been her refuge at school. She married one of the stars and lived in the Sky World, where she was sure “she could find love in a place that did not know the disturbance of death.”  One day, however,

a song climbed up her legs from far away, to the rooms of her heart. Later she would tell Johnny it was the sound of destiny, which is similar to a prayer reaching out to claim her. You can’t ignore these things, she would tell him, and it led her to the place her husband had warned her was too sacred for women. She looked into the forbidden place and leaped.

Lila fell from the sky world into Johnny’s arms in the parking lot of a Safeway store. The poem enacts what boarding school had not destroyed: the strength of survivorship in him, and in her, knowing that the old story she first heard in her mother’s womb would guard and nurture her all her life long.

By separating children from their tribe and family, the boarding school created problems in parenting and in inter-generational relations. The anthology includes an excerpt of the 1891 War Department propaganda novel Stiya, ghost-written to discourage Carlisle graduates from returning to their families and tribal ways.  Other fiction by Lee Maracle (“Black Robes”) and Luci Tapahonso (“The Snakeman”) trace generational conflicts and social relations created by removal. Black Bear’s memoir “Who Am I?” portrays the extreme emotional, physical, and spiritual damage to parent-child relations and to identity from boarding school life, and the cost of rebuilding what had been lost.

Many boarding schools were operated by religious organizations to convert as well as assimilate Native children. E. Pauline Johnson’s 1913 story “As It Was in the Beginning” reveals the hypocrisy beneath the promise that the Black Robe Father made to Esther’s Cree father to “save her from hell” and make of her a “noble woman.”  Esther grows to womanhood in the school of the Black Robe Father, whose nephew falls in love with her and asks his uncle for permission to marry her. The Black Robe is horrified and says that despite her upbringing she “comes of uncertain blood…[and] you can never tell what lurks in a caged animal that has once been wild.” Esther overhears him denying her everything he had promised plus the love of her life because of her race, calling her a “strange snake.”  She thinks,

What were his years of kindness and care now? What did I care for his God, his heaven, his hell? He had robbed me of my native faither, of my parents, of my people, of this last, this life of love that would have made a great, good woman of me. God! how I hated him!

She remembers the arrow-head tipped with snake venom that her mother had given her years before and warned her not to touch. She steals into her beloved’s room when he’s asleep and scratches his wrist twice, like a snake bite. Then she leaves and returns to her family, only to dream nightly her nightmare “of the white man’s hell. Why did they teach me of it, only to fling me into it?”

Children were often punished brutally for speaking their Native language, since language is the repository of culture and collective memory. Gordon D. Henry, Jr’s short story “The Prisoner of Haiku” (1992) is at once a horrific and lyrical imagining of a cruel but ultimately unsuccessful repression for The Prisoner’s speaking his language:

Two strong men with the force of God and Jesus who knows what else dragged him outside on a bitter wind-chilled Minnesota day and tied him to an iron post. They left him then without food, without water, through the night. Somehow the men believed the force of the cold, the ice hand of winter would reach out and take the boy by the throat and silence his native language. The other boys heard the punished boy screaming in defiance all night, defending the language, calling wind, calling relatives, singing, so he wouldn’t forget. The screaming went on all night, and in the morning, on a bright, winter day, when the school fathers went out to untie him, the boy could speak no more. When he opened his mouth to try, less than a whisper stirred air. Boys who were close to him then said that though they heard nothing, they felt something: a coolness floated out of his mouth and went directly to their ears to the point where—the boys claimed—their hearing was frozen in time. They felt the breath-held syllables melt in their heads later, in the words of the Anishinaabe language, and still later in Native translations of circumstances and relationships that they never would have thought of without remembering the cold in their ears. Moreover, boys who went to the same boarding school, years later, testified to hearing Native words whirling up with every snow from sundown to sunrise in their winters at that place.

New revelations about the Boarding School Movement will continue to come to light and add to our factual knowledge. The effects of the schools will also continue to be represented in poetry, fiction, non-fiction, and other imaginative literature by Indigenous writers. The work collected in Children of the Dragonfly is part of that legacy.

***
Robert Bensen is co-editor of Iroquois Voices, Iroquois Visions: A Celebration of Contemporary Six Nations Arts and has authored numerous essays on Native literature and child custody. He is Professor Emeritus and Director of Writing (1978-2017) at Hartwick College in Oneonta, New York, where he taught American Indian law and literature.  His poems have been published in six collections and in numerous journals. His work has been recognized with fellowships and awards from the NEA, the NEH, Harvard University, NYSCA, Illinois Arts Council, and others. He is the director of Woodland Arts Editions and of the Seeing Things community workshop at Bright Hill Press and Literary Center.  https://robertbensen.com/ 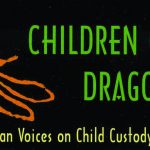