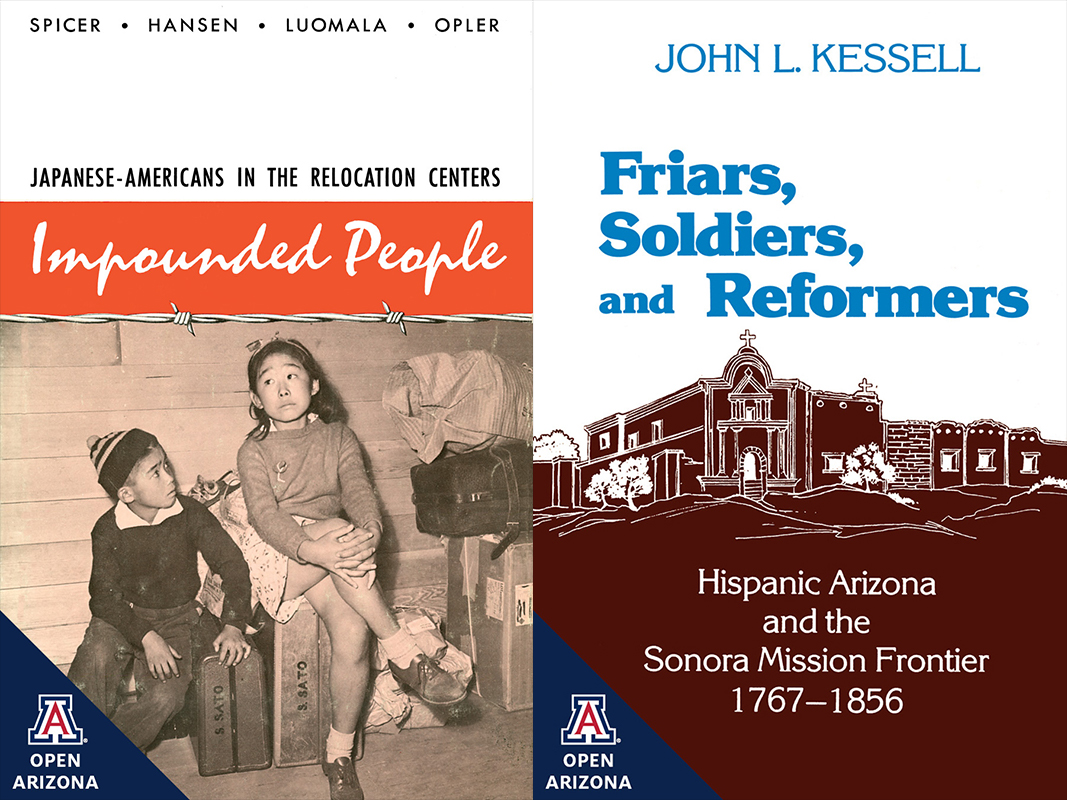 We are pleased to announce the publication of two important new essays on our open access platform, Open Arizona. The essays bring together leading contemporary scholars to add perspective to formerly out-of-print works that have been republished on the site.

A key component of the Open Arizona project, which was funded by the Andrew W. Mellon foundation to make out-of-print books available as open access, is to add contemporary context to these works, some decades old. The newest essays are by Natasha Varner and Ignacio Martínez. These scholars offer perspectives framed by their expertise in history, Indigenous studies, and border studies. In thoughtful, individual essays, they address the works of Edward Spicer and John Kessell.

Varner’s essay “Social Science as a Tool for Surveillance in World War II Japanese American Concentration Camps,” addresses Spicer’s work Impounded People: Japanese-Americans in the Relocation Centers. The essay examines Spicer’s role during WWII in the community analyst program and his influence on applied anthropology, as well as some of the conundrums that emerged through this work.

Both essays are puplished open access and freely available. 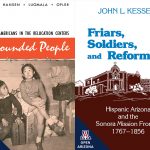