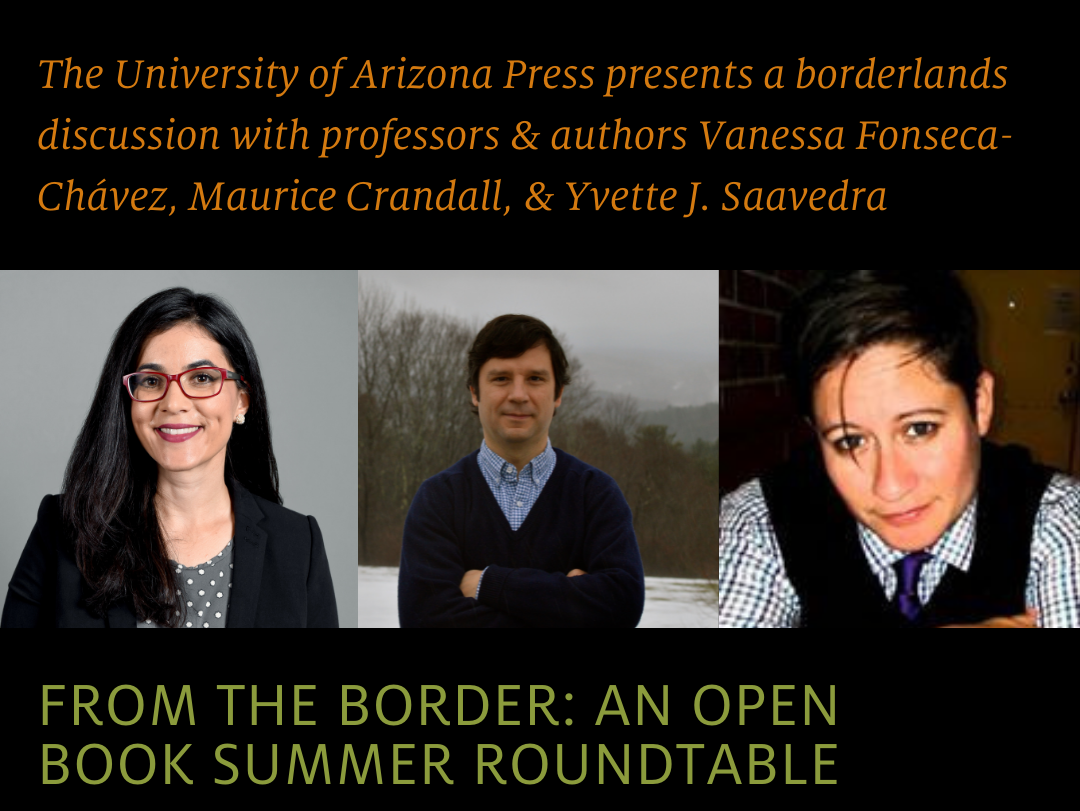 The panelists reflected on the state of borderland studies today, its importance, their own works, and what “open” borderlands scholarship looks like. The event caps a three-year publishing project from the Press called Open Arizona. Open Arizona is a collection of open-access University of Arizona Press titles made available through the support of the Andrew W. Mellon Foundation. The scholarship, histories, and approaches in the selected titles emphasize the relevance of the southwestern United States to understanding contemporary American life. Several works in Open Arizona include new original essays by leading scholars, offering contemporary reflections on these once out-of-print works, including some foundational works in Border Studies.

Vanessa Fonseca-Chávez is an assistant professor of English at Arizona State University. Fonseca-Chávez is the author of Colonial Legacies in Chicana/o Literature and Culture: Looking Through the Kaleidoscope. She is the author of the essay “Reflections on Reconstructing a Chicano/a Literary Heritage: Hispanic Colonial Literature of the Southwest,” which was published as part of Open Arizona.

Maurice S. Crandall is an assistant professor of Native American Studies at Dartmouth. He is the author of These People Have Always Been a Republic: Indigenous Electorates in the U.S.-Mexico Borderlands, 1598–1912. He is the author of the essay “Reflections on The Social Organization of the Western Apache and Grenville Goodwin Among the Western Apache: Letters from the Field,” which was published as part of Open Arizona.

Yvette J. Saavedra is an assistant professor of Women’s, Gender and Sexuality Studies at the University of Oregon. Saavedra is the author of Pasadena Before the Roses: Race, Identity, and Land Use in Southern California, 1771–1890. She is also the author of the essay “Spanish Colonial Tucson: Shifting the Paradigms of Borderlands History,” which was published as part of Open Arizona. 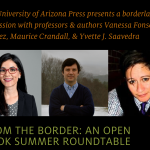