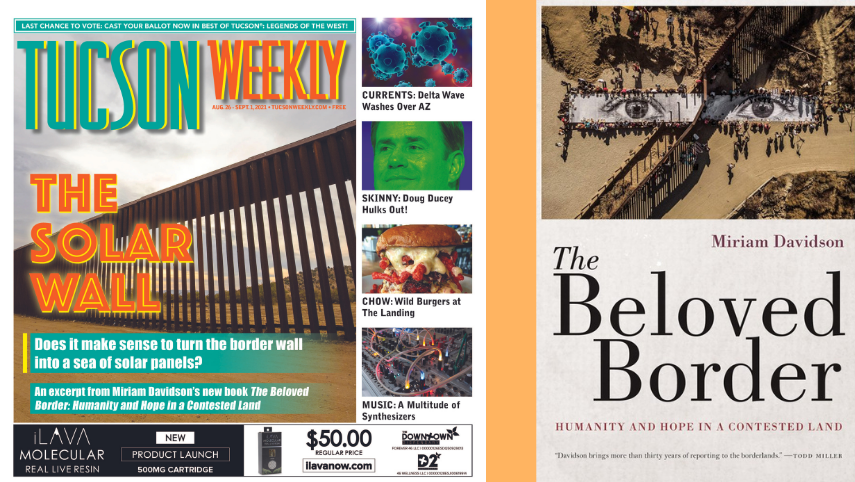 Here’s a portion of the excerpt:

Ethnobotanist, nature writer and sustainable agriculture advocate Gary Nabhan was another Mexican-identified, Anglo border person with a vision for the future. Founder of Native Seeds/SEARCH, Nabhan held the Kellogg Endowed Chair in Food and Water Security for the Borderlands at the University of Arizona Southwest Center. He lived with his wife, a nurse practitioner, on a quiet ranch nestled among the rolling hills outside Patagonia, Arizona. I drove down from Tucson to interview him on a crystal-blue-sky winter morning in February 2018.

Nabhan met me at the highway in his Prius, and I followed him along a winding dirt road, past the Native Seed farm, with a sign that said “Nabhan” in Arabic (he is of Lebanese descent), then up a small hill to a comfortable, light-filled home. The living room overlooked the farm and had a sweeping view of the surrounding mountains. There we talked about the solar wall and other forward-thinking ideas for sustainable border development.

The idea for a solar wall was first proposed by Mexican poet, diplomat and environmental activist Homero Aridjis in response to Trump’s call to build a wall. A friend of Nabhan’s, Aridjis was known for his innovative, problem-solving ideas. He’d founded an organization called the Group of 100 that, among other efforts, helped fight air pollution in Mexico City, create monarch butterfly sanctuaries in Michoacán, and save endangered whales, sea turtles and vaquitas (tiny, nearly extinct porpoises) in the Gulf of California. In a December 2016 Huffington Post article, Aridjis and solar energy advocate James Ramey proposed, instead of a wall, an array of solar collectors on the border that would generate power, provide jobs, and be wildlife friendly and culturally sensitive.

The idea was later picked up in a Wall Street Journal op-ed written by Vasilis Fthenakis, director of the Center for Life Cycle Analysis at Columbia University, and Ken Zweibel, then director of the Solar Institute at George Washington University. They calculated that a string of solar panels built along on the Mexican side could generate two thousand gigawatts of electricity a year, enough to power the entire border region on both sides, while being far less costly and environmentally damaging than a wall.

To read the entire excerpt, visit the Tucson Weekly here. 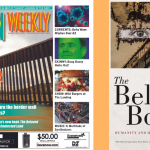