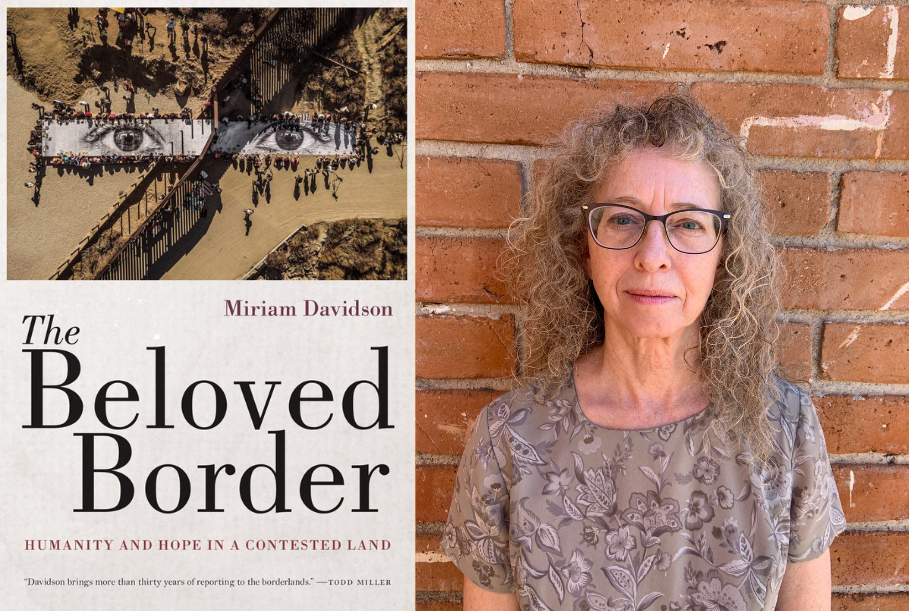 Award-winning journalist Miriam Davidson‘s new book, Beloved Border: Humanity and Hope in a Contested Land, draws on a variety of sources to explain how border issues intersect and how the current situation, while made worse under the Trump administration, is in fact the result of decades of prohibition, crackdowns, and wall building on the border. She also gives concrete examples of positive ways in which border people are promoting local culture and cross-border solidarity through health care, commerce, food, art, and music. While death and suffering continue to occur, The Beloved Border shows us how the U.S.-Mexico border could be, and in many ways already is, a model for peaceful coexistence worldwide.

This sensitive and heartfelt reporting is similar to Davidson’s other books published by the University of Arizona Press, such as Convictions of the Heart: Jim Corbett and the Sanctuary Movement, focused on the philosophy of Jim Corbett and how his beliefs challenged individuals and communities of faith across the country to examine the strength of their commitment to the needs and rights of others. In Lives on the Line: Dispatches from the U.S.-Mexico Border, Davidson tells five true stories to show the real-life effects that the maquiladora boom and the law enforcement crackdown have had on the people of “Ambos (Both) Nogales.”

Here are five questions from Davidson about her work and writing about the borderlands:

Why has the border captured your heart during most of your career as a journalist and author?

My first job out of college was at The Laredo News, in Laredo Texas, and other than a few years in New York City and Los Angeles, I’ve been living near, and writing about, the border ever since. Most of that time I’ve been in Tucson, covering the region as a freelancer for a variety of publications. The border interests me as a subject because, while there is great tragedy and suffering, especially in recent years, there’s also great natural beauty and social activism. There’s so much to write about.

Who do you hope or want to read Beloved Border?

I want this book to be read by as many people as possible! My hope is that it explains border issues and presents solutions in language that is available to all readers.

What advice would you give to young journalists and authors wanting to write about the borderlands?

Be careful! Seriously. Learn Spanish, study history, and seek out alternative voices. Don’t be naïve about the dangers, but don’t let your fear keep you from telling the stories of those who are in much greater danger than you. Also, be prepared for rejection. As I often say, if the world cared about the border, the world wouldn’t be the way it is.

Often, especially for those close to the border, life seems dire and change impossible. However, you note optimism and that change is possible, why?

There is a lot of dynamism on the border, a lot of youthful energy, and young people give me hope. Border people are striving for a better life, and through their struggles, they show that transformation is possible. They’re on the leading edge of some of the most important social movements of our time, from the fights against gun violence, police brutality and ecological destruction to the struggle for dignity and decent treatment of migrants and refugees.

Is there a border story you want to tell next?

I’m interested in researching and writing about ways in which migrants could be legalized and integrated into small towns across America that need agricultural workers. It could be a win for everyone, and a lot of them would probably end up being Republicans! I also hope to keep reporting on day-to-day happenings on the border, and keep trying to call national attention to the region, since it’s not being covered as well as it should be. 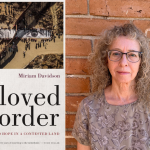