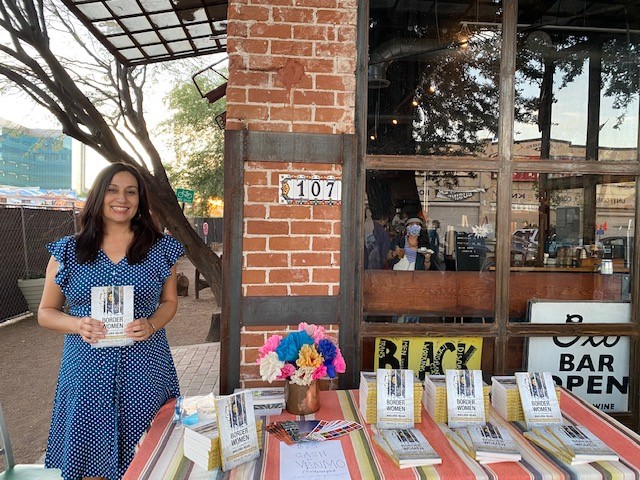 Hortensia Hernández never got a chance to hold the book, Border Women and the Community of Maclovio Rojas: Autonomy in the Spaces of Neoliberal Neglect, but she knew the book on the community she helped lead and organize would be published in October. In August, Hernández died after a short battle with cancer, and despite her absence she was everywhere during the book celebration on Wednesday, October 8 at EXO Roast Co. in Tucson.

The book’s cover features Hernández’s likeness from a mural in the autonomous community in Baja California. Author Michelle Téllez, standing before friends, colleagues, and book lovers at the event, recalled what Hernández wrote after seeing the cover:

“You stirred my heart. It was sad, bitter, because for years I was persecuted by police and politicians. Without being a criminal, my crime was to seek a dignified life, education, health, sport. But it was worth it, today more than 12,000 inhabitants have benefited, and I am happy that my compañeros and I came out almost triumphant as we await the titles of our property. And thank you, Michel [sic], for you were part of our marginalized and you supported us to get ahead. We love you very much. And this cover moved me, but it also made me reflect and think with satisfaction that it was worth it.”

Much thanks to EXO Roast co-owners Amy and Doug Smith for hosting the event, which featured music from the Son Jarocho Collective.

Téllez, an associate professor in the Department of Mexican American Studies at the University of Arizona, is coeditor of The Chicana M(other)work Anthology, also published by the University of Arizona Press. The anthology weaves together emerging scholarship and testimonios by and about self-identified Chicana and Women of Color mother-scholars, activists, and allies who center mothering as transformative labor through an intersectional lens.

Border Women tells the story about the autonomous community of Maclovio Rojas near Tijuana, and how it demonstrates what is possible for urban place-based political movements. More than a community, Maclovio Rojas is a women-led social movement that works for economic and political autonomy to address issues of health, education, housing, nutrition, and security. Téllez shows that in creating the community of Maclovio Rojas, residents have challenged prescriptive notions of nation and belonging. 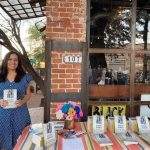