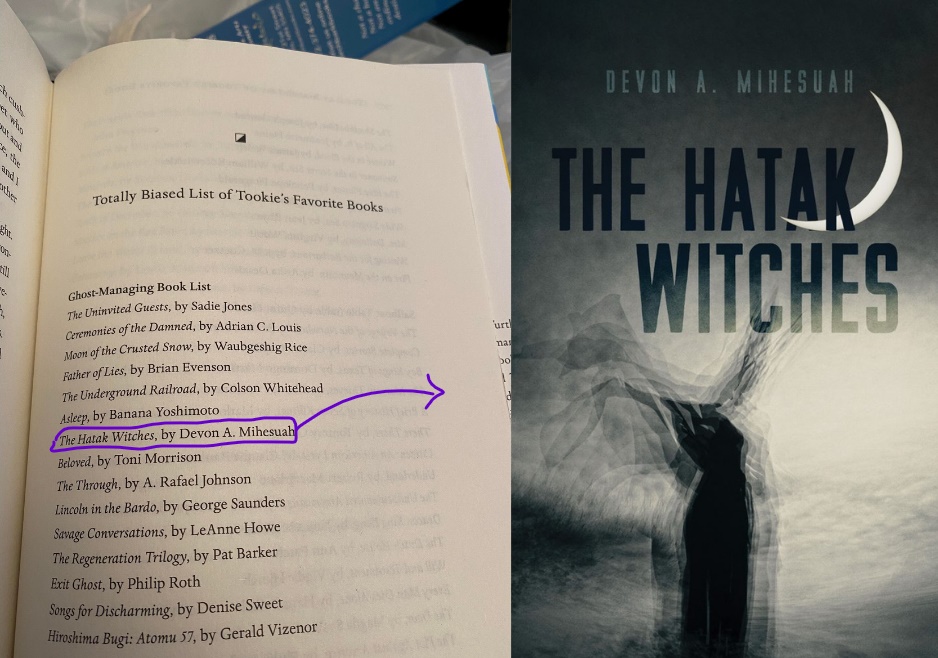 At the end of Louise Erdrich’s newest novel, The Sentence, is a page titled “Totally Biased List of Tookie’s Favorite Books.” Under the subtitle, “Ghost-Managing Book List,” are 15 books, and between Asleep by Banana Yoshimoto, and Beloved, by Tony Morrison is Hatak Witches, by Devon A. Mihesuah.

Author shout outs to one another isn’t unusual, but that doesn’t mean this particular shoutout doesn’t need a bit of celebrating and thanks.

The Hatak Witches, published by the University of Arizona Press, follows Detective Monique Blue Hawk and her partner Chris Pierson into an investigate which begins with a security guard found dead and another wounded at the Children’s Museum of Science and History in Norman, Oklahoma. There are no fingerprints, no footprints, and no obvious means to enter the locked building. Blue Hawk, however, discovers that a portion of an ancient and deformed skeleton has also been stolen from the neglected museum archives. As this thriller unfolds, readers are introduced to Choctaw cosmology with the unexpected appearance and power of the Old Ones who guard the lands of the Choctaw afterlife.

The list of books in Erdrich’s novel isn’t the only nod of appreciation for Hatak Witches. In a recent interview on National Public Radio’s Here and Now, Erdrich refers to Mihesuah’s novel as “a compelling read.” Go here for listen, and head to minute 19:00 for Erdrich’s shoutout.

Thanks for the shoutout and the love! Erdrich, while a celebrate Pulitzer Prize-winning author, is co-owner of Birchbark Books, a Minneapolis-based independent bookstore that supports Indigenous authors and their books. During the pandemic, Birchbark helped us as a sponsor of several of our virtual events celebrating books from our Sun Tracks series, including The Hatak Witches. Thank you for the continued support!

Detective Blue Hawk recently received more adoration in The Arizona Daily Star, which included The Hatak Witches in a list of book recommendations from our friends at the Pima County Public Library of science fiction, fantasy, an horror books by Indigenous authors. Read the list here. An art blog, Sidetracks and Detours also included the book in a list of recommendations of book by Indigenous authors. That list is here. 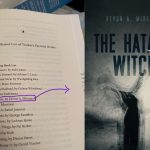