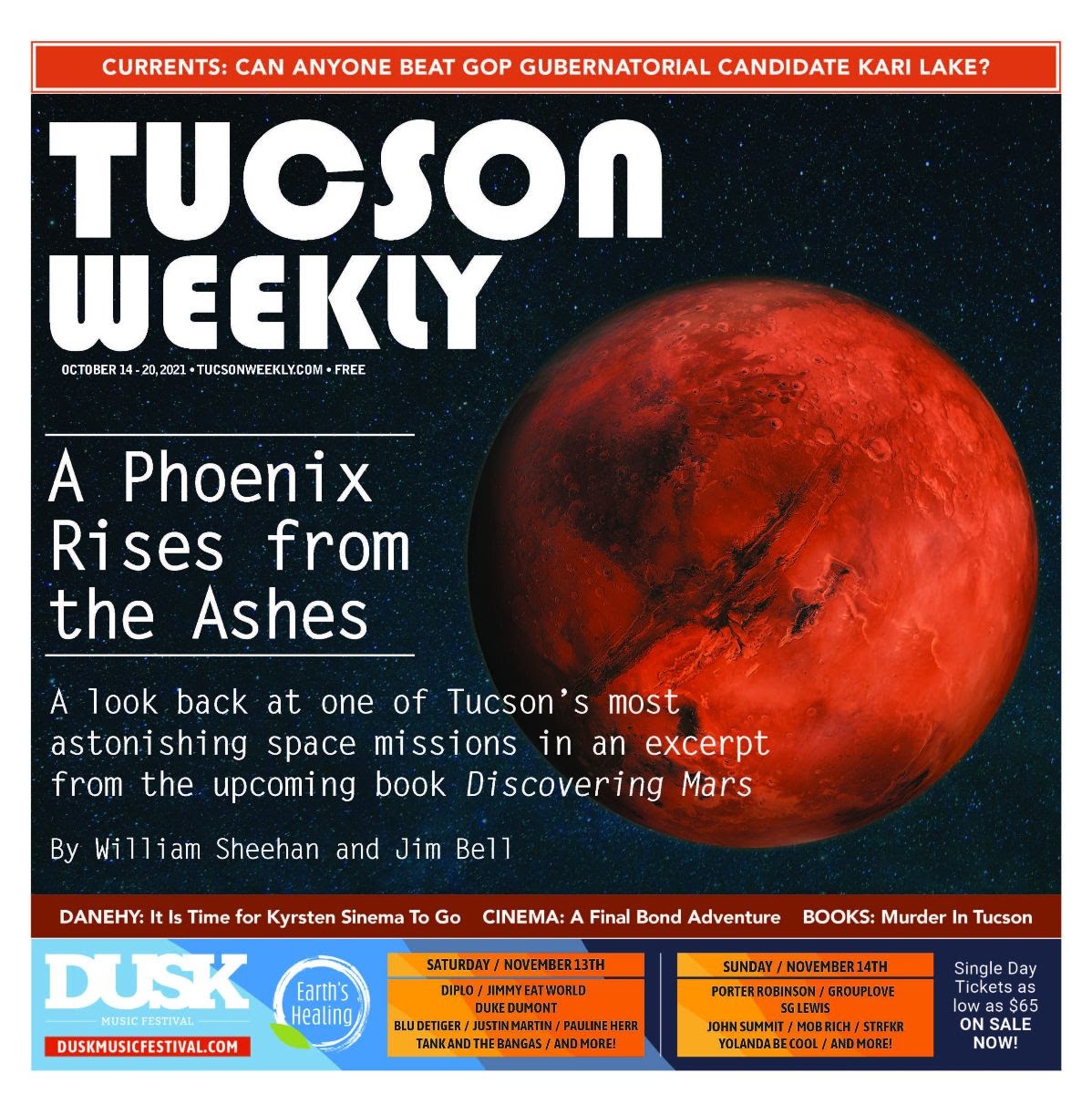 Big thanks to the Tucson Weekly for featuring Discovering Mars A History of Observation and Exploration of the Red Planet on a recent cover with an excerpt on the history of the Phoenix mission:

A successful and historic Mars landing occurred during the eventful first decade of the 21st century. NASA’s Discovery program of small, competitively selected missions led by individual scientists was proving to be a success not only in terms of cost-effective science return, but also in terms of innovative ideas captured for new missions. (The program typically attracted around 25– 30 proposals from the planetary science community for each of the four open competitive opportunities that had been announced since 1994.) However, the program presented an additional hurdle for Mars exploration: while Mars missions could be proposed to Discovery, they had to compete with outstanding mission proposals to the rest of the solar system and thus had low odds of success and couldn’t be built into a more strategic component of NASA’s Mars program. G. Scott Hubbard and others thus came up with the idea of creating a low-cost and high-innovation set of missions following the Discovery model, but specifically for NASA’s long-term Mars Exploration Program. The resulting “Mars Scout” program announced its first mission proposal opportunity in 2002. Around 25 proposals were submitted, reinforcing the notion that the community had lots of great Mars-specific mission ideas to pitch to NASA.

Discovering Mars, by William Sheehan and Jim Bell, vividly conveys the way our understanding of this other planet has grown from earliest times to the present. The story is epic in scope—an Iliad or Odyssey for our time, at least so far largely without the folly, greed, lust, and tragedy of those ancient stories. Instead, the narrative of our quest for the Red Planet has showcased some of our species’ most hopeful attributes: curiosity, cooperation, exploration, and the restless drive to understand our place in the larger universe. Sheehan and Bell have written an ambitious first draft of that narrative even as the latest chapters continue to be added both by researchers on Earth and our robotic emissaries on and around Mars, including the latest: the Perseverance rover and its Ingenuity helicopter drone, which set down in Mars’s Jezero Crater in February 2021. 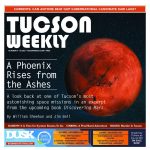