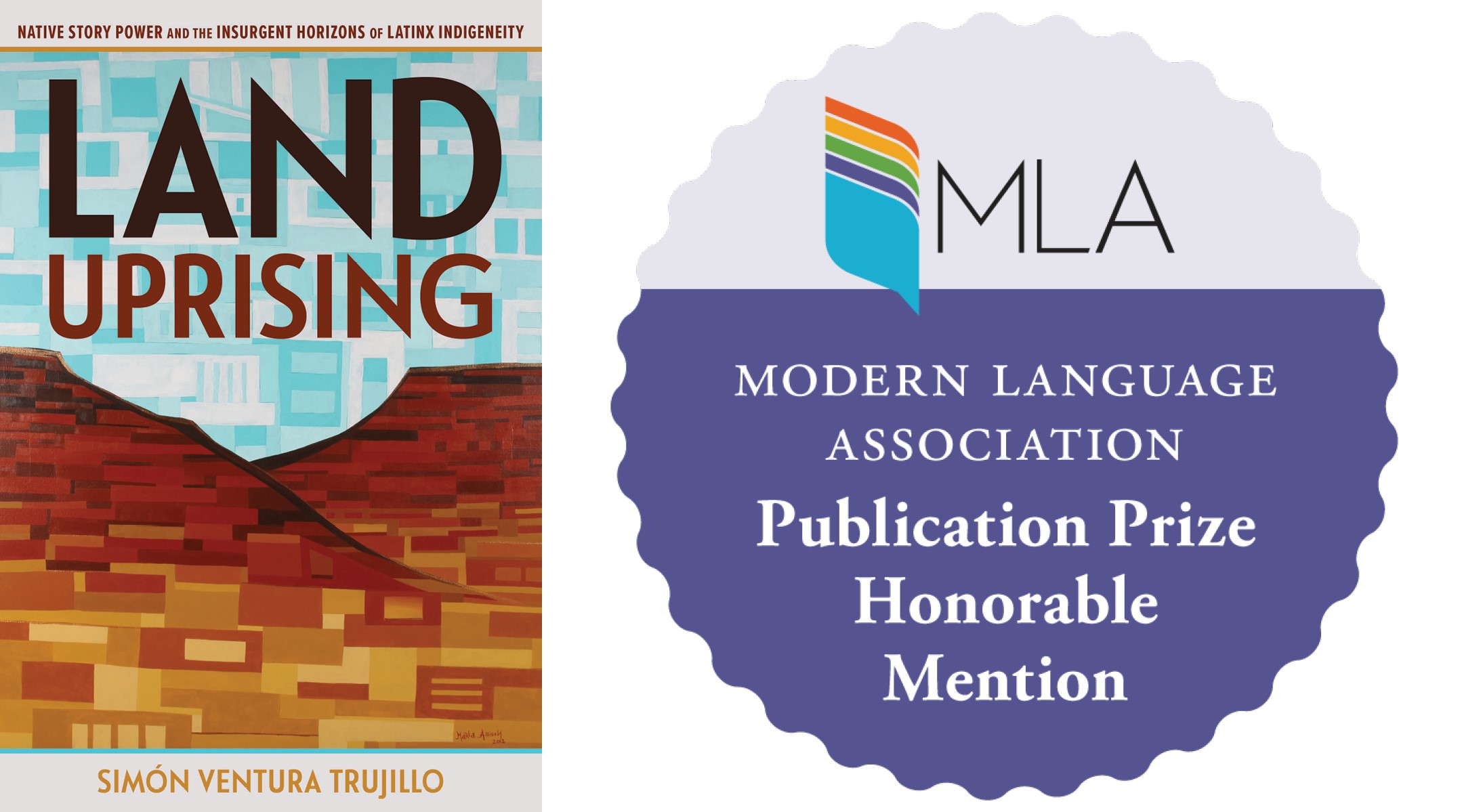 We are thrilled to announce that University of Arizona Press author Simón Ventura Trujillo received an honorable mention for the MLA Prize in United States Latina and Latino and Chicana and Chicano Literary and Cultural Studies for his recent book, Land Uprising! The MLA prize committee wrote the following statement about Trujillo’s book:

In Land Uprising: Native Story Power and the Insurgent Horizons of Latinx Indigeneity, Simón Ventura Trujillo both broadens the parameters and reassesses the foundations of Latinx literary and cultural studies. Placing Latinx and Indigenous writers, activists, and scholars into conversation, he critically foregrounds the significance of Latinx indigeneity—a term he carefully distinguishes from Indigenous peoples and from the appropriative indigenismos—in ongoing struggles for land and self-determination. Land Uprising displays impressive breadth and nuance, offers a crucial intervention into the conversation between Latinx and Indigenous studies, and engages seriously with gender, foregrounding the voices and perspectives of feminist scholars in reexamining historical events often remembered through masculine heroes and masculinist ideologies. 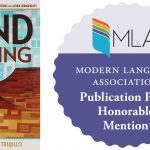