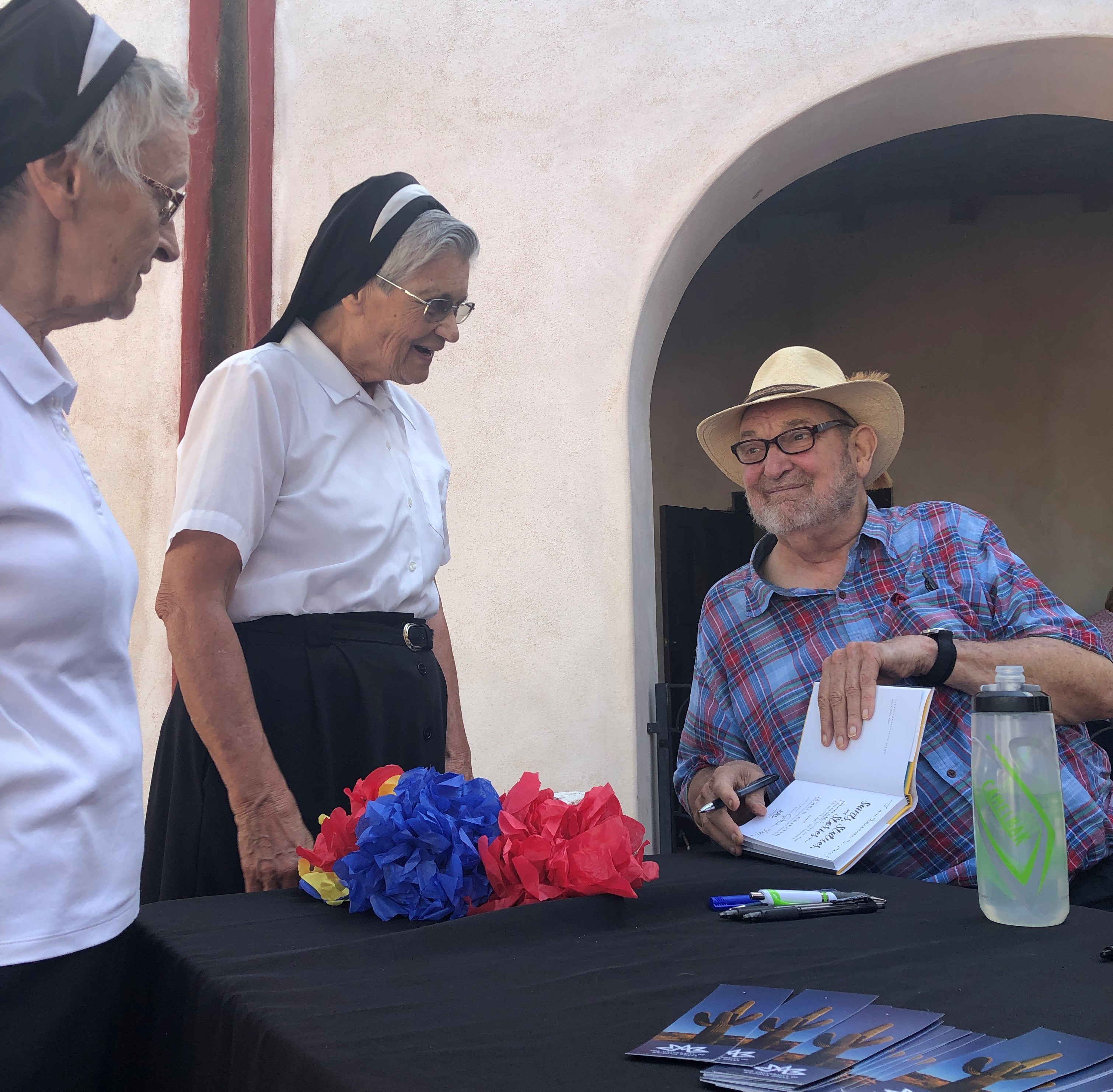 No one can fill Big Jim Griffith’s shoes, for he—more than any other Tucsonan—triggered enormous and lasting community pride in our “folk” traditions of music, food, santos, architecture, and border culture.

From the co-founding of the Tucson Meet Yourself Folklife Festival in 1974 with his equally-talented wife Loma Griffith, to initiating the first national tour of Cowboy Poets, Jim left an indelible mark on Western folklore both in content and in inclusiveness. His pioneering scholarship of the folk architecture and music of the Tohono O’odham—his neighbors who surrounded his home near San Xavier Mission—is one example of his many academic achievements. Fortunately, several of his most memorable books and recordings will be around forever. As he often said about his extensive archives, “Our chivos are your chivos.”

At the University of Arizona Press, some of that research translated into three books: Beliefs and Holy Places: A Spiritual Geography of the Pimería Alta; Hecho a Mano: The Traditional Arts of Tucson’s Mexican American Community; and his most recent book published in 2019, Saints, Statues, and Stories: A Folklorist Looks at the Religious Art of Sonora.

Big Jim’s role in stimulating community-based participatory folklore studies, festivals, and archives spread far beyond Southern Arizona. Furthermore, his banjo-playing, singing and tall-storytelling made him a full participant in these traditions, from playing music at Sunday masses in New Pascua Pueblo, to sitting in with other musicians at the National Cowboy Poetry Festival in Elko, to winning a banjo contest at Uncle Dave Macon Days Music and Dance Competition at a Roots Rendezvous festival. He was the anchor folklorist/mentor for the multiple-year Sonoran Heritage Programming that Kathy Dannruether managed for the Pima County Public Library System. And none of us who were involved in forwarding Tucson as a UNESCO City of Gastronomy in 2016 could have achieved that designation without the groundwork that Big Jim had developed though years of food folklore celebrations sponsored by the Southwest Folklore Alliance and the University of Arizona’s Southwest Center.

I first met Big Jim back in the 1970s while he was co-starring with the band Summer Dog in a series of performances of the saloon musical Diamond Studs—the Life of Jesse James. We soon began doing fieldwork together on the Tohono O’odham reservation where he researched folk Catholic chapels for his University of Arizona dissertation, in bootleg distilleries in Eastern Sonora, in ranching towns where he recorded cowboy recitations, and in the Comccac (Seri) Indian villages while he recorded  Sonoran corridos for the Western Folklife Center. We ate more tepary beans and chiltepins together than most human beings could (or should) ever swallow. We hopped from bar to bar, and cruised cantinas in South Phoenix searching for Norteño conjuntos who could play the following fall at Tucson Meet Yourself. We dialogued at conferences of the American Folklore Society, Association for Living History, Farm and Agricultural Museums and the Western Folklife Center where it was clear that he not only had many friends and admirers, but disciples and fans who worshipped the dusty ground his big boots walked upon.

Because Big Jim could comfortably talk and listen to nearly anyone of any ethnic background, it was hard for those of us who were his local friends to remember that he was also a national celebrity. Over the decades, he attracted to Tucson many musicians and musicologists who regarded him as an esteemed peer, from Lalo Guerrero, Alan Lomax, Mike Seeger, Linda Ronstadt, Dom Flemons, Nick Spitzer, and Tommie Vennum.

Those of us who knew Big Jim at his home savored the late summer Club Pimatleño outdoor barbecue that Loma and Jim annually hosted, where dozens of friends came to hear his barking vocals and banjo, his punishing puns, and his bilingual tall tales. With one eye closed, and the brow on the other raised high like it was about to touch the mole on his forehead, his facial expressions, gestures, and mimes could entertain us for hours. But most of what he did also had a higher purpose: To remind all borderlands residents in Arizona that our shared heritage is multi-cultural, trinational—involving Mexico, U.S., and the Tohono O’odham Nation—and the best antidote against the divisiveness that threatens to pull us asunder. In everything he did and said and sang, Big Jim built bridges, not walls. 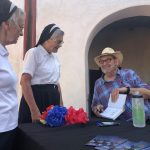