A recent article in USA Today featured University of Arizona Press author and editor Frederick Luis Aldama, exploring the growing use of Latinx, a gender-neutral term for all who claim a Latinx identify.

Aldama, co-editor of the Press’s Latinx Pop Culture Series, has a new book out with the Press this May, Latinx TV in the Twenty-First Century, which takes an expansive and critical look at contemporary television by and about U.S. Latinx communities. This volume is comprehensive in its coverage while diving into detailed and specific examples as it navigates the complex and ever-changing world of Latinx representation and creation in television.

In the USA Today article on Latinx:

Frederick Luis Aldama, whose family is Irish, Guatemalan and Mexican, loved Latinx when he first learned of the term from his students. It acknowledged the complexity of his own cultural and geographic identities. The X reminded him of Professor X, who provides refuge for other X-Men in Marvel Comics. It also recalled Malcolm X, whose new identity denounced his slave name.

“There’s so much power for me in Latinx,” he said. “I just love that it feels fresh and new and future-looking.”

Aldama is the Jacob & Frances Sanger Mossiker Chair in the Humanities at the University of Texas at Austin, and is known as Professor Latinx by other comic book aficionados. His works include the book “Latinx Superheroes in Mainstream Comics” and “Latinographix,” a trade press that publishes graphic stories.

He said he gets attacked on social media whenever he brings up Latinx. And at Christmas, one of his cousins demanded to know why he used Latinx.

“I was like, ‘Why are you so fired up?’” Aldama said. “He was like, ‘You are destroying the language!” 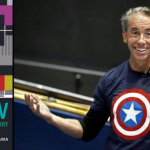