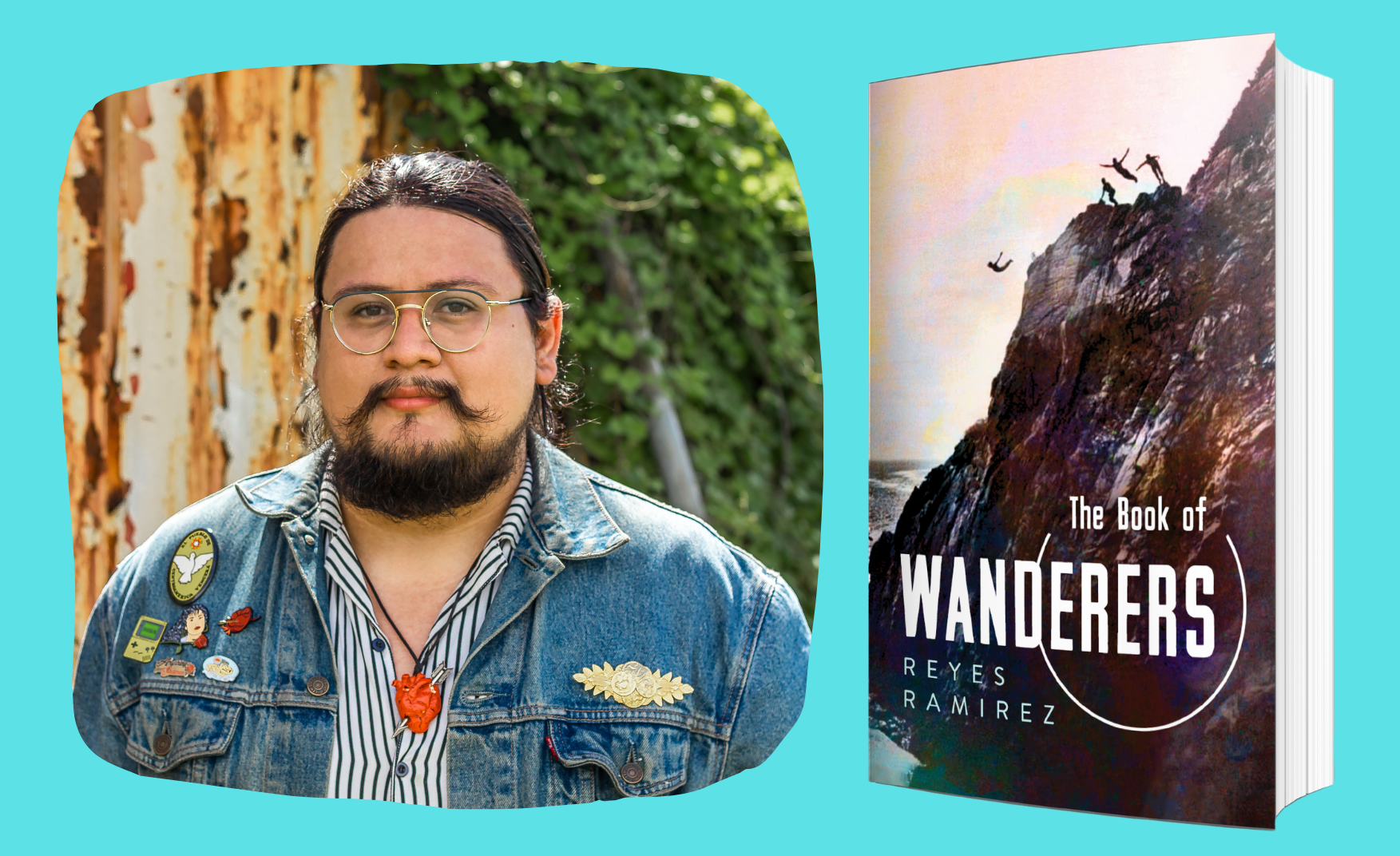 In Reyes Ramirez’s dynamic short story collection’s new lineages of Mexican and Salvadoran diasporas traverse life in Houston, across borders, and even on Mars. Themes of wandering weave throughout each story, bringing feelings of unease and liberation as characters navigate cultural, physical, and psychological separation and loss from one generation to the next in a tumultuous nation. The Book of Wanderers deeply explores Houston, a Gulf Coast metropolis that incorporates Southern, Western, and Southwestern identities near the borderlands with a connection to the cosmos. As such, each story becomes increasingly further removed from our lived reality, engaging numerous genres from emotionally touching realist fiction to action-packed speculative fiction, as well as hallucinatory realism, magical realism, noir, and science fiction.

Here are five questions from Reyes Ramirez on Houston, writing, and, of course, The Book of Wanderers:

Houston is home to The Book of Wanderers. Is there an otherworldly vibe in this Texas city we don’t know about?

Houston is one of the most diverse, if not the most diverse, cities in America; that along with being the fourth largest city in America in the crux of Southern, Southwestern, Western, and Borderlands identities along the Gulf Coast, you encounter some unique things that couldn’t exist anywhere else just by sheer probability, size, and historical precedence. You could drive down a street with a health clinic, an ice cream shop, a nail salon, a video store, a payday loan service, a bar, and a gun store next to each other and across the street have a row of restaurants from different nations, ethnicities, and combinations thereof that would make the United Nations blush. Meanwhile, a car with golden rims the size of a five-year-old child just cut you off and a horse stares at you from its trailer. It’s a blue city in a red state, meaning the person in the Prius you just parked next to blasting a chopped and screwed version of a new pop song, the one with a decal of an anime character and one of those equality bumper stickers, could be strapped with a .38 special revolver so you have to be careful since it’s 96 degrees as a hurricane makes landfall and the potable water you both came for is almost gone. I hope The Book of Wanderers captures as much of that as possible.

What influences do you turn to in your writing?

I love to draw from different sources, whether it be films, books, or personal experience, to inform my writing and individual projects. For example, anime was super influential to me growing up; the story “The Latinx Paradox within Joaquín Salvatierra” is heavily inspired by Gundam Wing and Neon Genesis Evangelion with their mecha suits and the use of young people to pilot them. This, in turn, is mixed with my exploration of scientific research that found Latinxs “live longer than Caucasians,” and my family’s history as being children during war. Roberto Bolaño’s 2666, Jean-Luc Goddard’s 2 or 3 Things I Know About Her, Laura Esquivel’s Like Water for Chocolate, historical research, and my own experiences cleaning houses and buildings with my mom growing up were some influences on and references for “The Many Lives and Times of Aransa de la Cruz.” Just all the things, really.

The Book of Wanderers and its characters are so cinematic. Is that something you’d like to see happen with these people, creatures and lives—have them on a big or small screen?

Films, TV shows, and video games are pretty important sources for me to draw from since they offer narratives through means unique from literature. For example, I originally saw “Xuxa, La Ultima” as a third-person video game in my head, informing much of the action and scope of the story. I could also see “Xitlali Zaragoza, Curandera” as a TV show where she solves spiritual and supernatural mysteries in each episode a la Yu Yu Hakusho or X-Files. I suppose “The Fates of Maximiliano Mondragón and Yzobeau Ponce Intersect in Acapulco” could be expanded into a noir parody/dramedy film directed by Pedro Almodóvar (I can dream!). But I think I’m too intimidated by the whole movie-making process.

Do you have a favorite character in The Book of Wanderers that we might see again in another Reyes Ramirez book?

I don’t know if I have a favorite character since I imbue each one with a bit of me, whether it be through lived experiences, insecurities, hopes, or desires. I won’t say which is which, but an example I can give is that most of the characters have a unique and/or dramatic name that kind of mirror mine since I’ve always gotten comments on the peculiarity of my own. Many of the stories are written as snapshots in each character’s life since I wanted my characters to feel like full human beings, that what you’re seeing in each story is a defining moment with reverberations continuing off the page. In fact, there’s a version of ‘The Three Masks of Iturbide Villalobos’ as a 90-page novela! But I definitely see Xuxa in her own novel, traversing zombie-infested wastelands and encountering different communities to learn about, such as a settlement that worships turtles and how’d she be weirded out at first but grow to find it adorable. Or whatever.

What’s your dream for The Book of Wanderers? Do you have one?

To win all the awards and be loved by everyone! But seriously, I hope The Book of Wanderers is enjoyed by those looking for something unique in contemporary fiction, to affirm that there’s no one way to tell a story, that we as a community must continuously reflect on our past and know there’s no singular way to be. For example, the characters in The Book of Wanderers will speak in different ways, some purposefully outside conceptions of how we experience English, Spanish, Spanglish, all of it, because I want to disrupt the status quo of language in America. I hope that the playfulness in The Book of Wanderers with language, narrative, and form inspires someone to write their own ridiculous truths, to cast aside White ideations of ‘proper’ stories and speaking to create a work of their own, an unrestricted extension of their hopes and fears. My dream for The Book of Wanderers is to connect me to you and you to me, reader. 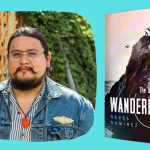