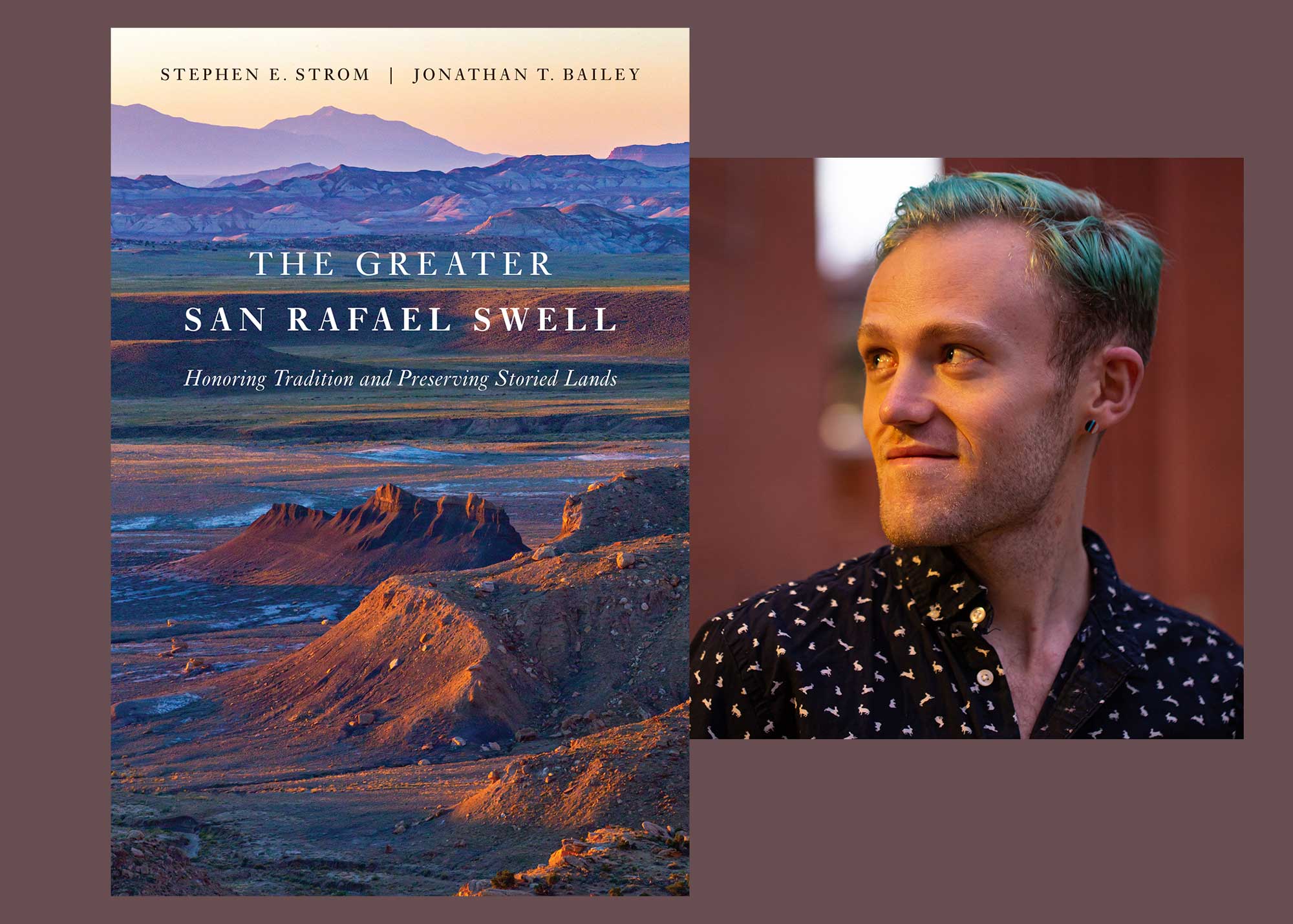 The new book The Greater San Rafael Swell showcases the stunning natural beauty of Utah’s red rock country. It also relays the important story of how people worked for more than two decades to develop a shared vision of the future of the Swell and its protection. Today, co-author Jonathan Bailey shares images from the work along with extended captions.


1 Aerial of the San Rafael Reef

Guiding the Hopi Cultural Preservation Office over the topography of the Greater San Rafael Swell. The most prominent feature shown during this flight, the San Rafael Reef, forms the eastern and southern boundaries of the true San Rafael Swell. This geological feature was formed as an oceanic plate slid beneath the North American continental crust, dragging the land that would become the San Rafael Swell upward and eastward. While this period of mountain building happened some 60 million years ago, the geology that was uplifted (and consequently carved via wind and water erosion) is much older, dating as far back as 359-323 million years ago in Redwall Limestone. Flight courtesy of Ecoflight.

The Archaic period began around 8,000 years ago and lasted until 2500 years ago. People who lived in the Greater San Rafael Swell during this time hunted game animals using a spear throwing instrument known as an atlal and gathered plants that grew in the region’s unique semi-arid desert environments. Some of the Swell’s most iconic rock art is attributed to this period, including both pictographs (painted imagery) and petroglyphs (carved imagery).

Spanning about AD 300 to AD 1300, the Fremont complex manifests in diverse rock art; use of the bow and arrow; agricultural practices, although perhaps more peripatetic than their Ancestral Pueblo neighbors; ceramics, primarily Emery grayware in the San Rafael Swell; and the preference for wearing moccasins over sandals. As the Fremont were generally more mobile through the heartlands of the Swell, rock art in the region is consequently more widely distributed, particularly in the vicinity of important routes.

The Greater San Rafael Swell supports two federally listed endangered cacti species within the Pediocactus genus. These plants are remarkable in that they live almost entirely beneath the ground, rising only to flower and fruit. This poses inherent challenges to managing the species successfully, as the plants may not be visible before the area is deemed compatible with off-highway vehicles, livestock grazing, or oil and gas development. Over the last ten years, myself and Diane Orr, with the backing of the Utah Rock Art Research Association, have successfully safeguarded vast habitats for Pediocactus winkleri and Pediocactus despainii, among other rare and at-risk species.

Endemic to the Greater San Rafael Swell and environs, the Link Trail columbine is a beautiful member of the Aquilegia genus, often growing in shaded seep springs in Mesa Verde Group sandstones. As a plant that prefers higher elevation environments in ponderosa, spruce-fir, and aspen communities, A. flavescens var rubicunda exemplifies the broad ecotonal shifts through the Greater San Rafael Swell, spanning 4,000 to nearly 11,000 feet in elevation.

***
Jonathan T. Bailey is a photographer and conservationist who specializes in rock art. His work has contributed to the preservation of areas like the Bears Ears National Monument, Grand Staircase-Escalante National Monument, the Uintah Basin, and the U.S.-Mexico borderlands. Since 2013, he has partnered with the Utah Rock Art Research Association to record and protect Emery County’s fragile archaeological resources. He is most recently the author of When I Was Red Clay and. His work has appeared in numerous places such as Landscape Photography Magazine, NBC News, Arizona Highways, and High Country News. Originally from Emery County, Utah, he now lives in Tucson, Arizona, with his partner, Aaron. 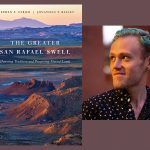