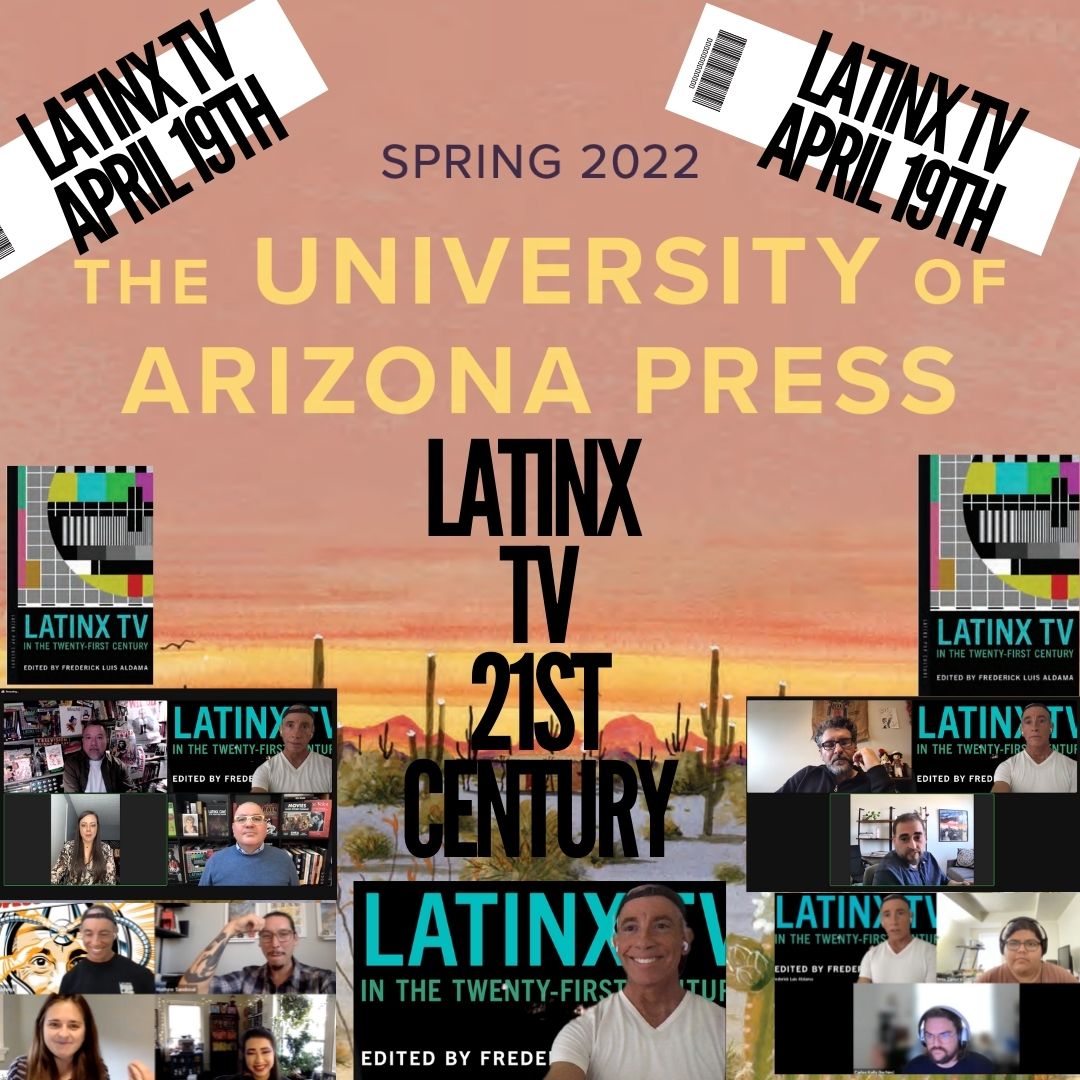 Yesterday, Frederick Luis Aldama, aka Professor Latinx, celebrated the launch of Latinx TV in the Twenty-First Century with a virtual convo emceed by Ben Lopez, considered a huge champion of diversity, inclusion and belonging in the entertainment and media industries (and happens to be a University of Arizona graduate).

Joining Aldama and Lopez was Cristina Rivera and William “Memo” Nericcio, Latinx TV contributors. The new book, published by the University of Arizona Press and edited by Aldama, brings together leading experts who show how Latinx TV is shaped by historical, social, cultural, regional, and global contexts. Contributors address head on harmful stereotypes in Latinx representation while giving key insights to a positive path forward.

The launch was part of a virtual countdown of conversations between Aldama and Latinx TV contributors posted on the University of Arizona Press’s Twitter and Facebook accounts. Latinx TV is also part of the Press’s Latinx Pop Culture Series, co-edited by Aldama and Arturo J. Aldama. The first chat of the launch series, begn Thursday, April 14 with Mauricio Espinoza and Jim Miranda:

Next on the countdown with Aldama on Friday, April 15 were contributors Irma J. Zamora Fuerte and Carlos Gabriel Kelly González:

On Tuesday, April 19, followers were given some extra with a bonus convo featuring contributors José Muñoz and Ryan Rashotte before the official launch:

Aldama also got to the heart of the goals and purpose of Latinx TV in an article that came out yesterday in Latinx Spaces:

At the Academy Awards 2022 Ariana DeBose steps up to receive one of those coveted gold statuettes. She invites the audience to celebrate with her as “an openly queer Afrolatina who found strength in life and art.” She opens her arms to everyone who has been forced to “live in those gray spaces.” Audiences around the country let leak tears of joy, celebrating Ariana, LGBTQ+, and Afrolatinx representation.

We did the same when Afrolatino Jharrel Jerome gave his “te quiero” shout outs to his mamá and papá at the 2019 Emmys. On both occasions, we replenished our wells of hope, thinking that maybe now the Media Industrial Complex would finally pay attention to representation of Latinx peoples in all our richness and complexity.

While optimistic, we remain rightfully weary as we continue to carry the huge weight of our continued skepticism.

Big thanks to Professor Latinx for bringing these brilliant contributors together to celebrate the book’s publication! 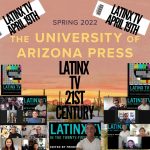