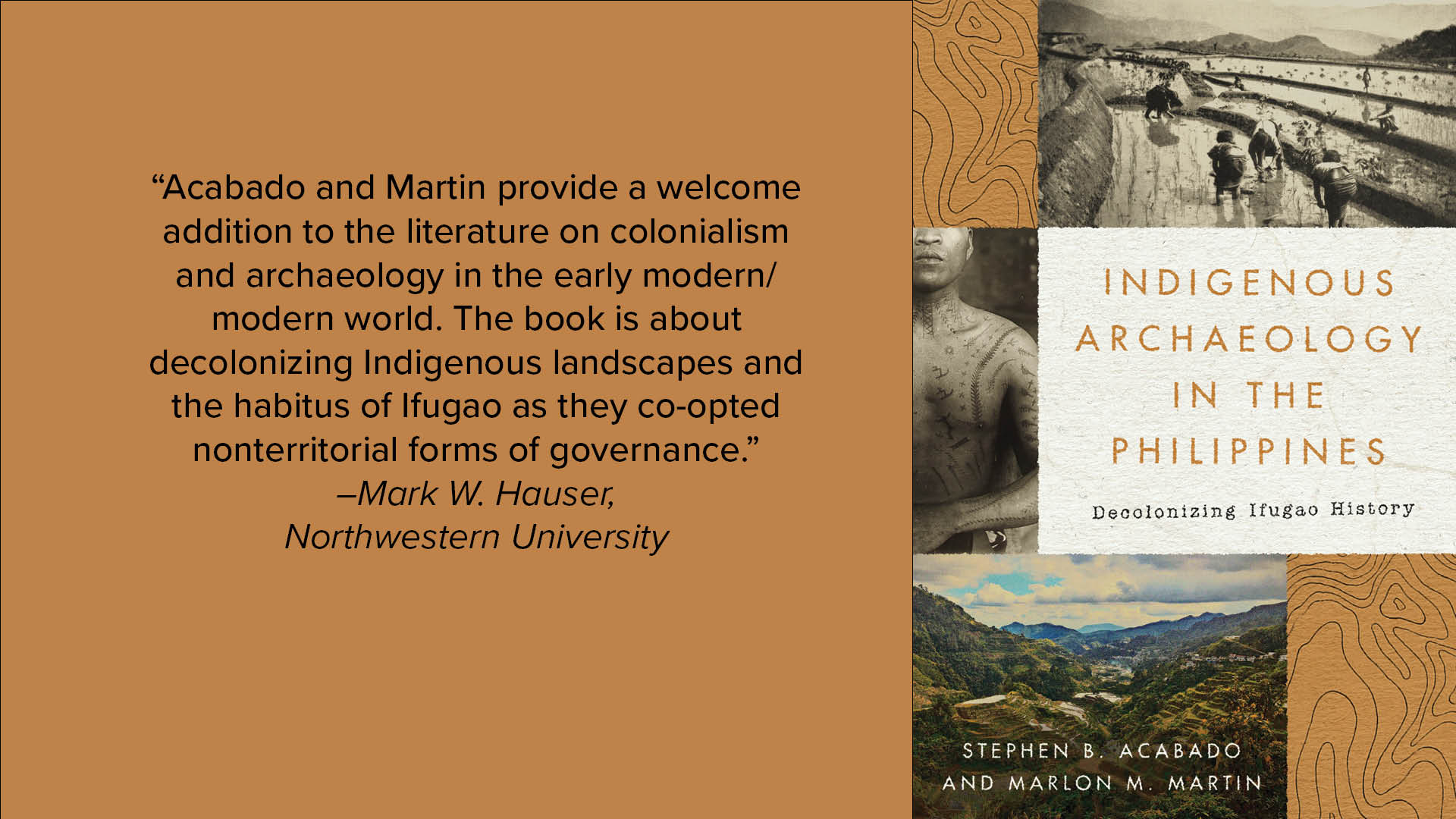 Indigenous Archaeology in the Philippines highlights how collaborative archaeology and knowledge co-production among the Ifugao, an Indigenous group in the Philippines, contested (and continue to contest) enduring colonial tropes. Stephen B. Acabado and Marlon M. Martin explain how the Ifugao made decisions that benefited them, including formulating strategies by which they took part in the colonial enterprise, exploiting the colonial economic opportunities to strengthen their sociopolitical organization, and co-opting the new economic system. The archaeological record shows that the Ifugao successfully resisted the Spanish conquest and later accommodated American empire building.

This book illustrates how descendant communities can take control of their history and heritage through active collaboration with archaeologists. Drawing on the Philippine Cordilleran experiences, the authors demonstrate how changing historical narratives help empower peoples who are traditionally ignored in national histories. Today, we offer an excerpt from the books preface, which explains how this collaborative archaeology project came together:

This book is a product of more than a decade of collaboration between the Kiangan, Ifugao community and the Ifugao Archaeological Project. What started as a 30-minute meeting in 2011 resulted in a long-term and productive partnership. Although I (Acabado) have been working in Ifugao as early as 2003, it wasn’t until 2011 that I met Marlon Martin, when I brought my students for a field excursion in Ifugao. The Save the Ifugao Terraces Movement (SITMo) arranged our Ifugao visit and hosted us through 3 days of traipsing around the rice terraces. I was then employed at the University of Guam. I recently concluded a field school in San Remigio, Cebu (Central Philippines), and decided to treat the field school participants to a visit to the famed UNESCO-inscribed Rice Terraces, some 1,200 kilometers away. I contacted Jovel Ananayo, a SITMo member and a friend, whom I met at the University of Hawai’i, where we went for graduate school. Jovel hosted us and facilitated the introduction between Marlon and myself.

At this meeting in 2011, I intimated that I would like to return to restart my archaeological work in Ifugao and conveyed my wish to collaborate with the community. Marlon expressed his interest and suggested that we look at the Old Kiyyangan Village as a start. By March 2012, a series of consultations with the descendants of the Old Kiyyangan Village, elders, the local governments, and the community at large had already been conducted. By June 2012, the Ifugao Archaeological Project (IAP) was formally launched. Fast forward to 2020, this collaboration has resulted in about 35 publications, a book, 5 MAs, and 3 upcoming PhDs. In 2017, SITMo, the newly created Kiangan Culture and Arts Council of the Kiangan Local Government, the DEPED, and IAP launched the Ifugao Community Heritage Galleries that soon served as the Ifugao Indigenous Peoples Education Center. The IPED Center now functions as a resource center for Ifugao studies featuring a small library, a weaving center, and three galleries on Ifugao material culture. It also serves as a training center for Indigenous people’s education for teachers, researchers, and other community members. The IAP has come full circle with the community taking control of their history and heritage.

This book is about engaged scholarship and emphasizes the fact that archaeologists need to involve the communities that they work with in the research process. Doing so results in a more meaningful practice that also empowers communities. As a country with a long colonial history, it is still attempting to define its national identity. This has resulted in the maintenance of colonial structures that aim to assimilate various ethnolinguistic groups into being Filipino. By doing so, the history and heritage of marginalized groups who were on the peripheries of the colonial world were neglected.

We thus highlight the Indigenous history of the Ifugao to stress the importance of a nuanced understanding of Philippine Indigenous histories. In this work, we provide counternarratives to nationalized histories that ignore local realities. We are particularly privileged that the community provided their interpretation of the archaeological record, using community stories as a guide to make sense of the archaeological data. Coauthor Marlon Martin, a member of the Ifugao community, weaves these stories into the discussions in the book. The concluding chapter that focuses on making their own history was written by the community, with minor editorial embellishments by the authors.

We hope that this book spurs meaningful involvement of descendant communities in the study of their own history, particularly in the Philippine setting. Communities on the peripheries of the colony and the state are imagined to be representatives of the past; they are not. So, this book is about Indigenous history, which combines archaeology, ethnography, and community stories.

Stephen B. Acabado is an associate professor of anthropology at University of California, Los Angeles. He directs the Bicol and Ifugao Archaeological Projects and co-directs the Taiwan Indigenous Landscape and History Project.

Marlon M. Martin is an Ifugao who heads the nonprofit heritage conservation organization Save the Ifugao Terraces Movement, Inc., a grassroots NGO. Along with Stephen Acabado, he established the first community-led Ifugao Indigenous Peoples Education Center. 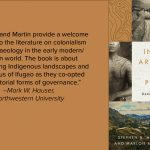