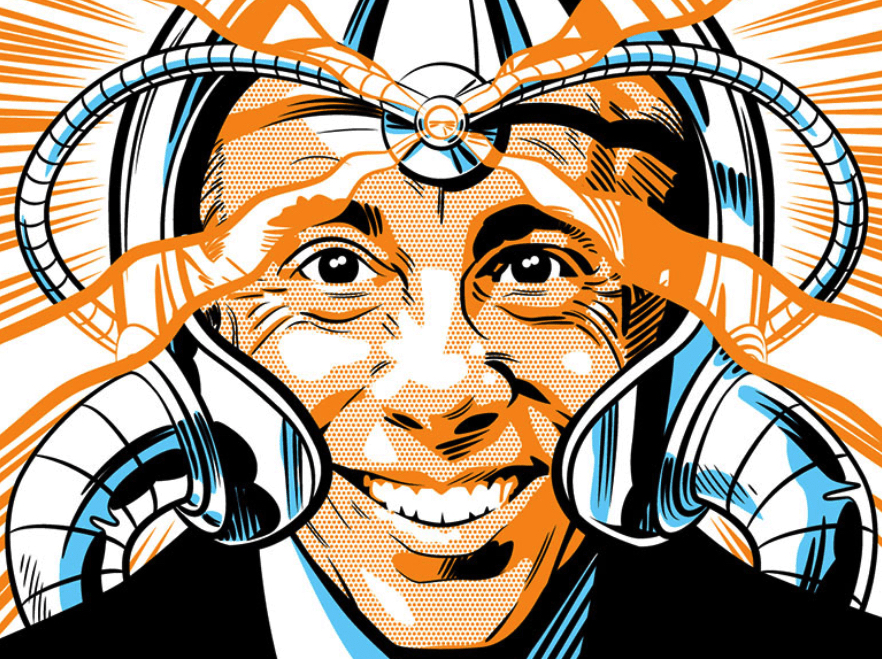 In “The Pilgrimage of Professor Latinx” Frederick Luis Aldama and the Making of an Academic Superhero,” Emily Nielsen goes from Aldama’s early childhood to his love scholarship, and of course, Latinx pop culture.

Aldama is the co-editor of the Press’s Latinx Pop Culture series. Its most recent title, Latinx TV in the Twenty-First Century, edited by Aldama, argues that Latinx TV is not just television—it’s an entire movement. Digital spaces and streaming platforms today have allowed for Latinx representation on TV that speaks to Latinx people and non-Latinx people alike, bringing rich and varied Latinx cultures into mainstream television and addressing urbanization, immigration, family life, language, politics, gender, sexuality, class, race, and ethnicity.

Here’s an excerpt from the Life & Letters feature:

At the heart of Aldama’s work is the belief that academic scholarship has an essential role to play in the growth and health of the field of Latino comics. It is not just about reading and critiquing the work of writers and artists, but also legitimizing them and their field. This extends beyond comics to other media as well. Film and television, in particular, have been abiding interests. He’s published two books on the Austin-based film director Robert Rodriguez and is currently working on two books on Latinx TV.

“Wherever I can, I try to bring to these spaces the cultural gravitas, or cultural capital, of being a Ph.D. and a professor with an endowed chair,” Aldama said. “The artists don’t necessarily need it to find readers, but it’s like your art being pulled into a space like the Smithsonian. Suddenly more people are going to take it seriously as art, as some- thing carefully crafted to make a difference in the world.”

As a Latino kid growing up in the 1970s and ‘80s, Aldama didn’t often see people like himself in the media he absorbed. “Growing up, we didn’t have a TV at home, so it was at my abuelita’s that we would watch TV,” Aldama said. “We would spend the night on a Friday, and as a treat on Saturday she would let us watch cartoons. I remember very vividly Speedy Gonzales was one of the few representations. I didn’t know at the time how bad that representation was. There’s Slowpoke Rodriguez, his cousin, who seems totally stoned all the time. And Speedy, what is he doing? He’s a master thief.”

*Illustration of Aldama in the image of Marvel’s Professor X. By J. Gonzo 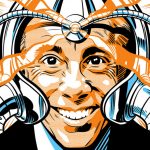